I WENT to church last night.

No, it’s not something I would typically do when travelling, and the last time I visited a Catholic church when a priest was all frocked up and ready to work was back in 1985 when I was in grade six and still wearing the maroon and light blue of St Anne’s Sunbury.

And, no, I didn’t arrive in Oxford yesterday and decided it was time to find a service and say a few prayers.

I was kind of tricked into attending the Sunday evening service at Oxford’s famous Christ Church college by the folks at Visit Oxford, the local agency that promotes tourism to this English city and prepared the itinerary for my three-day visit.

The note on my itinerary for 6pm Sunday simply said “evensong in Christ Church Cathedral – enter under Tom Tower, say you are going to Evensong, an allow yourself to be wafted to a seat”.

So, probably naively, I went along thinking I was going to attend Sunday’s choir practice where I could gaze at the inside of the beautiful old sanctuary while listening to the angelic notes of the cathedral’s boy sopranos.

It seems evensong is evening mass which is something I probably should have known after attending Catholic primary school for seven years, but I always knew it as “mass” or simply “going to church”.

But I always say I love visiting religious buildings around the world because, regardless of the holy aspect, they always provide a moment of peace and quiet in often hectic journeys.

So I treated myself to an hour at Christ Church as just that, 60 minutes of peacefulness in a beautiful building that was constructed way back in the 12th century. 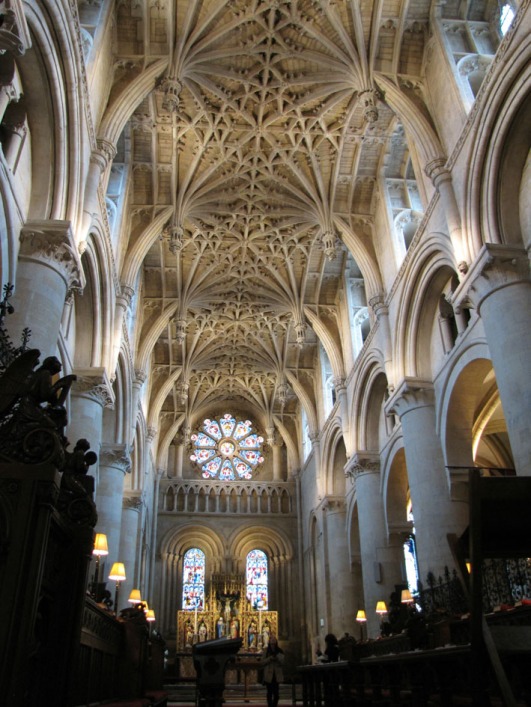 Most of the service was sung by the choir – the Cathedral Choir is made up of 16 boys and 12 men – with just a couple of readings done by members of the congregation and a prayer or two said by the priest.

There was one boy soprano who sang several solos and his voice was so fine it sounded like notes from the stings of a violin, and the sound of the whole choir drifted through the cavernous church like a cool breeze on a warm summer’s evening.

Oxford was established by the church which wanted to train future holy men, so each of the university’s 38 colleges has a chapel where these early students would pray between their studies.

Christ Church is one of the oldest colleges, and its sanctuary is one of Oxford’s oldest structures as well as the town’s cathedral, and while the project was started by Thomas Wolsey it was completed by King Henry VIII when the pair had a blue.

It’s an impressive building and, at night when the evening service is held, the lights illuminate some of the stonework on the inside while pushing other surfaces into shadows.

The cathedral is an example of gothic perpendicular style of architecture, and the most delightful element of this genre are the ribs that stretch across the ceiling with carved stone “bosses” or lantern hanging from the point where the main lines come together above the windows.