I GOT as close to a royal bedroom today as I’m ever likely to get.

After spending the morning exploring Edinburgh Castle – the impressive structure at one end of the Royal Mile in the Old Town that completely dominates the city’s picturesque skyline – I set the afternoon aside to tour the royal yacht Britannia.

While many royals have lived in Edinburgh’s great castle over the centuries, it was on board Britannia that I stood just outside the cabins where members of the current royal clan slept as recently as 1997.

Her Majesty’s Yacht Britannia was launched in 1953 and sailed more than 1 million miles, calling at 600 ports in 135 countries, before being decommissioned in 1997.

When the ship was retired – it’s last official duty was bringing Chris Patton home after he handed Hong Kong back to the Chinese – a number of British ports applied to have her rest in their waters.

The Port of Leith, just a few minute’s drive from central Edinburgh, wanted to leave Britannia exactly as she was an invite visitors to tour the vessel.

The family was chuffed that the yacht would be kept exactly the same if retired to Edinburgh, so they supported the application and left many of the original treasures on board when it was sent north to become a tourist attraction.

So now, when you stroll the decks and visit the official rooms, they are decorated just as they were when Liz, Phil, the kids, and grandkids would holiday on board.

It seems QE2 and her bloke slept in separate cabins when they were on board, and the inner walls of the suites have been replaced by glass panels so you can see just how the top couple liked to decorate.

Elizabeth’s room (above) was decorated in floral fabrics, while Philip’s quarters were just as basic with a very ordinary maroon spread covering the single bed.

The Queen’s father commissioned the yacht, and said where the private and official rooms would be placed, but when George died Liz was able to say how Britannia was decorated.

The official rooms were handsome enough, just as you would expect spaces that hosted dignitaries like Nelson Mandela and Winston Churchill to look, but it was the private spaces that were most disturbing.

The private deck looked like a tired old holiday house and I was told the sitting room at the back, which looked like the place the royal family drank its happy-hour G&Ts, featured furniture that Phil picked up at a garage sale.

While I was aboard, walking the covered deck where Diana ran to hug her boys, I wondered how Britannia would look if a younger (and more stylish) royal had been allowed to redecorate the ship.

Imagine how the cabins and official rooms would look if Diana, or even Kate, were allowed to do to Britannia what Jackie Kennedy did to the Oval Office. 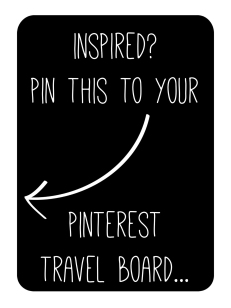