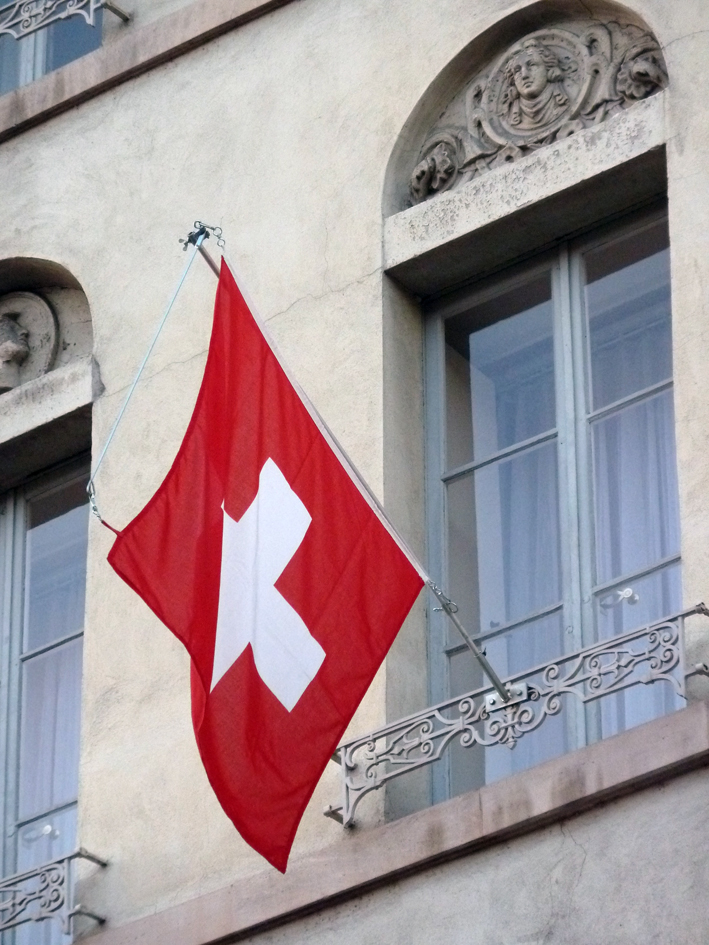 GOOD luck, rather than good management, has put me in Geneva on the weekend of the Swiss city’s biggest celebration.

The Escalade is three days of non-stop festivities that commemorate and celebrate the night in 1602 when the residents of Geneva’s walled city repelled an attack by the Duke of Savoy.

The Duke wanted to take the settlement, as it was the only safe place to cross the Rhone River at the time, and once he was inside he intended to “wipe out the heresy he found within before making Geneva the capital of his territories on the other side of the mountains”.

“Shortly after midnight, the well-equipped Savoyard army of over two thousand men took up positions in Plainpalais,’’ the event’s brochure explained.

“A large group of soldiers split from the main body and made their way to the foot of the city walls where they proceeded to set up their ladders and then scale the defences without giving themselves away.

“As the whole of Geneva slept the invasion began, but the operation was suddenly interrupted when a patrol leaving its position at the Poste de la Monnaie came across the attackers (and) in the ensuing skirmish a sentry fired his arquebus at the invaders and the alarm was sounded.

“Bells rang out, first from the cathedral tower and then from all the churches of the city – the inhabitants were woken from their sleep and rushed to take up arms, and soon the entire population of Geneva had entered the fray.

“As the cannons roared the Savoyard army was driven back and forced to flee, and in the morning the Genevans, who lost 18 of their fellow citizens, gathered in the churches to give thanks to God for having saved them from such grave danger.” 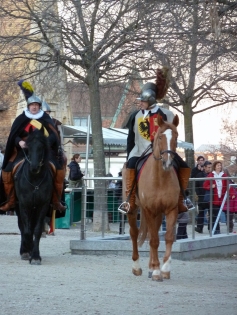 The Escalade happens across a weekend in the middle of December when the network of streets that once sat inside the wall play host to markets, parades and walking tours with cannons fired to recreate the battle and locals dressed in the costumes of the day.

“The occasion is marked by three days of events, during which the (residents) recreate life at it was at the end of the 17th century in the Old Town and cathedral area,” the brochure notes.

“The celebrations are brought to a close on Sunday evening, with a historical procession that paints a vivid picture of the people of Geneva at the time of the Escalade.”

I arrived in Geneva late this afternoon, and wandered into the Old Town just as the people who were going to take part in the procession were gathering and starting to make their way to the starting point in the Parc du Bastions.

As I explored, passing stalls set up outside shops to selling hot soup and other warm treats, the drum and fife bands that would march later in the evening were warming up by marching through the streets and pausing to play for the gathering crowds.

In the narrow lanes, with medieval terrace houses sitting just a few metres apart across the antique cobbles, the pulse-like beat of the drum and high whistle of a chorus of fifes echoed through the neighbourhood. 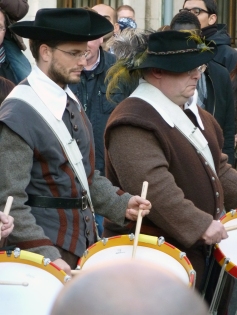 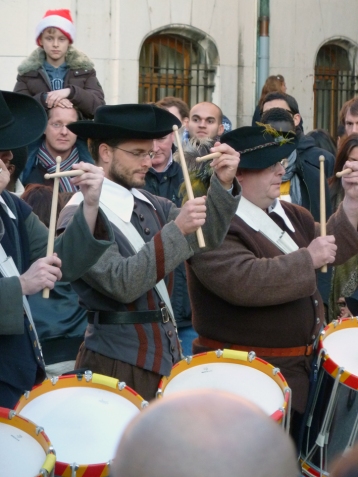 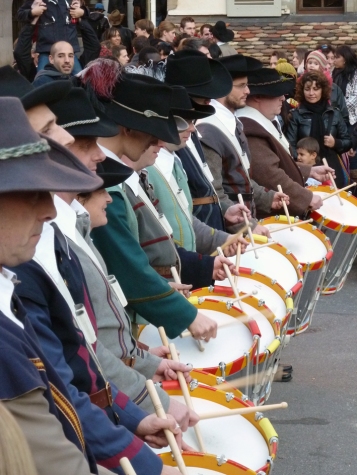 The parade started not long after the sun set on Geneva, with a team of teenagers holding burning torches to light the route, and more than 800 people all dressed in period costume weaved through the city passing those locations that were so important during that night in 1602 when the people fought off an army.