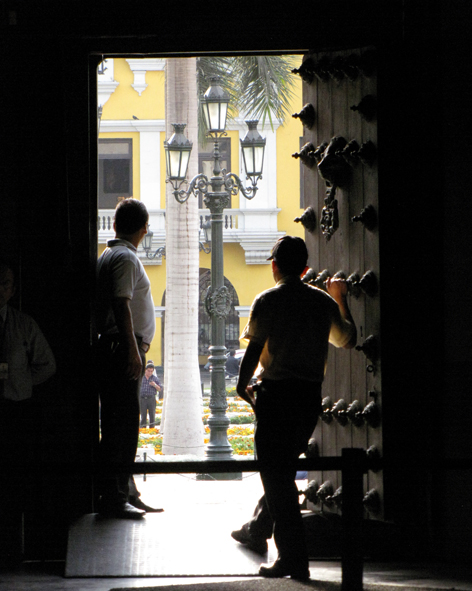 AFTER sitting on 49 countries for the better part of a year I’ve finally added the 50th destination to the list of places I’ve been.

I’m in Peru for a couple of weeks, on an expedition organised by LAN Airlines and Adventure World, and starting this visit with a day in Lima to get used to the altitude before continuing up to Arequipa and the Colca Canyon.

Lima – which, I’m told, is called the Garden City of the Pacific – is a former colonial outpost once surrounded by a very solid wall because the Spanish settlers were afraid of getting attacked by the natives or pirates invading from the sea.

The Plaza de Armas, or the Plaza Mayor which is the big square at the heart of colonial Lima and the place locals gather when they want to demonstrate about something, is flanked by the La Cathedral de Lima and the Palacio de Gobierno as well as a collection of elegant Spanish buildings. 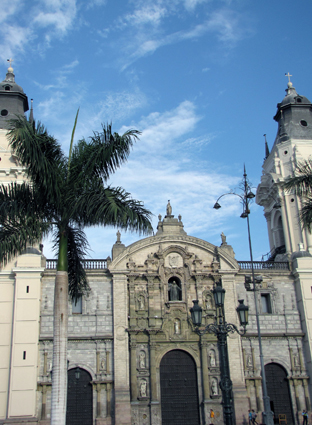 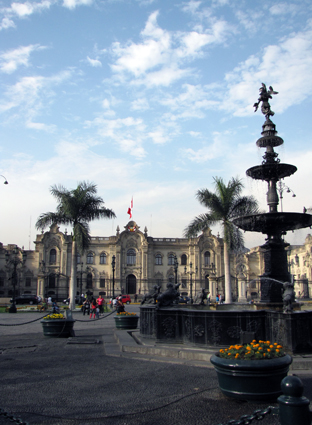 Our guide for the afternoon pointed out the beautiful balconies decorating the upper levels of some of the old homes around the square, explaining the covered vantage points were put in places so locals could sit and gaze down on the crowds without being seen by those in the plaza below.

“These are historic Moorish and Spanish balconies that are wood and decorated with beautiful carving,” our guide said.

“The richest people put them on their homes because they wanted to keep an eye on things without people looking at them relaxing.” 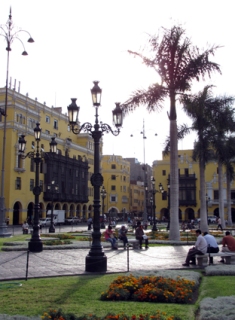 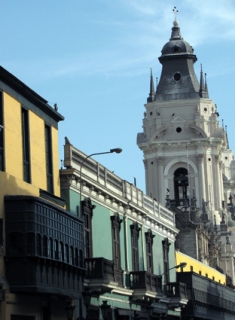 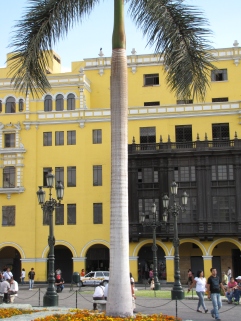 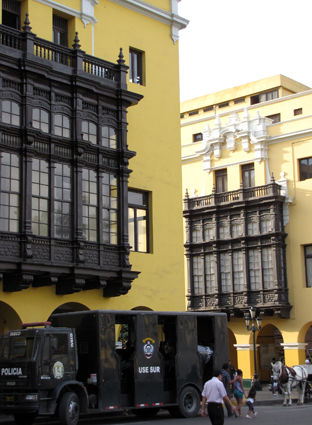 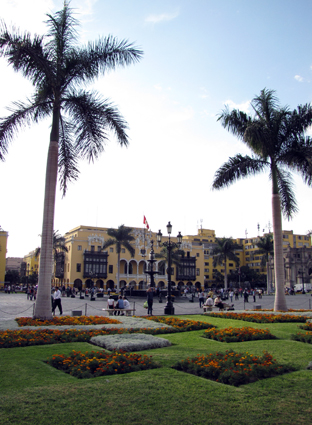 We started our tour of Lima’s Colonial Quarter at the Monasterio De San Francisco, the bright yellow sanctuary famous for its “bone-lined catacombs and remarkable library”, and spent a couple of hours wandering the dark and quiet rooms.

The walls of the shady arcades were decorated with tiles handmade in Spain during the 1600s, an enviable collection of religious art adorned the rooms surrounding the cloisters, and the bricks were made from the whites of seabird eggs.

“Much of the art comes from the Flemish painters that were members of Reuben’s school,” our guide explained.

“You can see the techniques of light and shadows that were eventually adopted by the Peruvian artists of the era, and there are lots of children in the scenes because they were a symbol of innocence and fidelity during the 17th century.

“There’s a painting of the Last Supper in one of the old chapels that’s a tribute to Indian culture, with a guinea pig on the menu and lots of chilli on the table, and it’s one of the few works of the event that shows Jesus and the Apostles sitting at a roundtable.

“This was painted after that particular artist had been over the mountains, had made a journey across the Andes and learnt more about the Indian culture.” 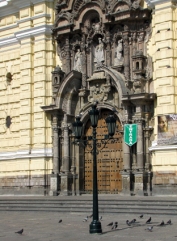 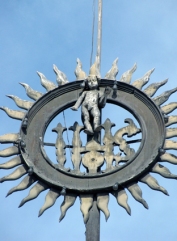 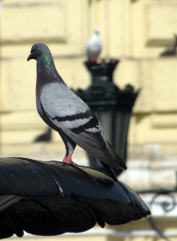 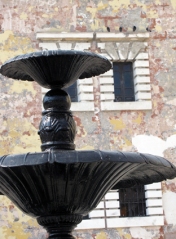 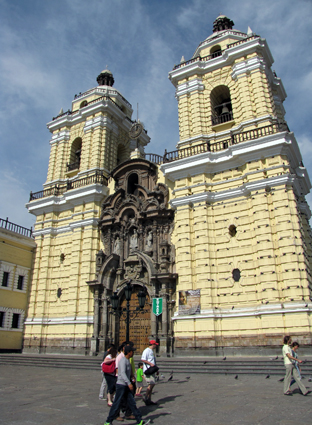 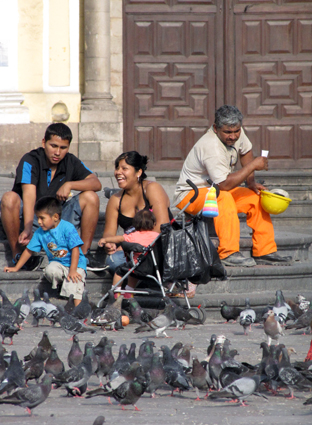 The complex is also home to Lima’s catacombs, with the early Catholics buried under the church rather than outside the city walls, and experts think there are between 20,000 and 30,000 people buried in the connected subterranean spaces.

“This is where the commoners were buried, and the rich were buried somewhere else because the wealthy families could afford to built crypts,” our guide noted as we explored the subterranean chambers.

“The catacombs are still used, but only priests can be buried here now.”

There are 43 suburbs in Lima, with 9 million people living in the crowded metropolis, and we could see one of the many shanty towns that surround the Colonial Quarter as we waited to cross the street outside the Monasterio De San Francisco.

The colourful dwellings were just simple concrete boxes, with a couple of levels and some small square windows, and this poor neighbourhood was clinging to the side of a mountain only a couple of kilometres from the heart of the capital.