When second is best … 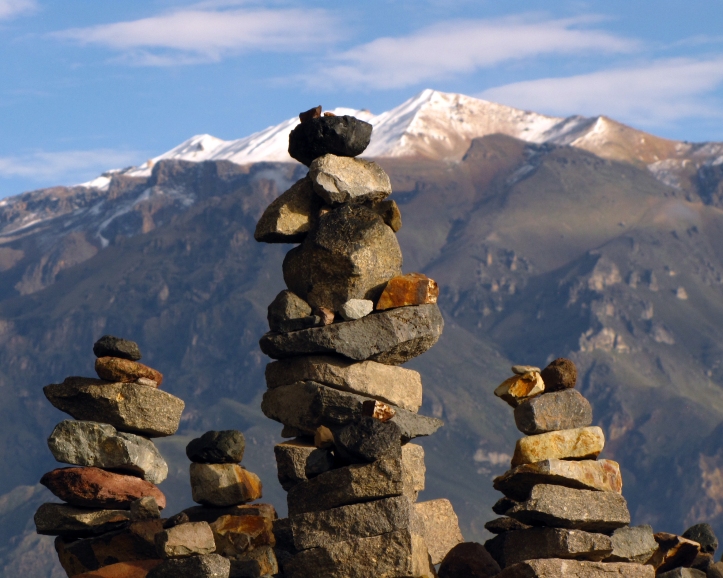 IT’S fair to say America’s Grand Canyon is the world’s most famous gorge.

But when it comes to deep, the Grand Canyon is a couple of spots from the top sitting third on the list of the globe’s most cavernous ravines.

There are two canyons in the Peruvian Andes that are considerably deeper than the American offering, with both of these South American formations more than twice as deep as the one tourists – and football teams – flock to see in the desert near Las Vegas.

Sitting on top of that list is the Canyon del Cotahuasi which, at its deepest point, plunges 3191m straight down while the nearby Canyon del Colca comes in a close second ranging from 1000m to 3000m deep as it follows the curves of the Rio Colca through the Andes.

I visited the Colca Canyon today, and while the journey was planned to see the condors that live on one of the gorge’s steep cliffs it was the early-morning views that proved to be most memorable for my travelling companions and me.

The Colca Canyon is 100km long, but we were up very early this morning to see the short section between our hotel near Chivay and the rocky ledges where the community of condors live, and we stopped several times to take in the grand landscape. 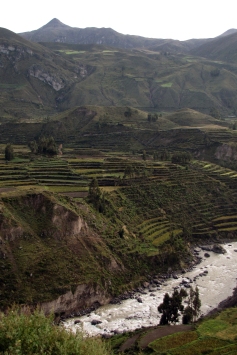 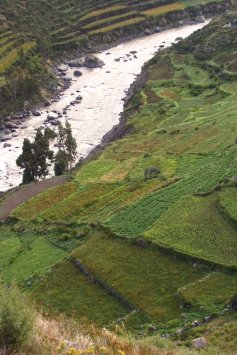 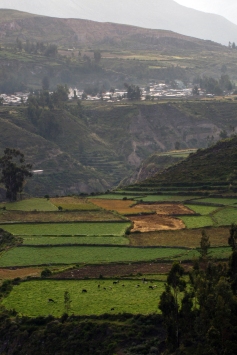 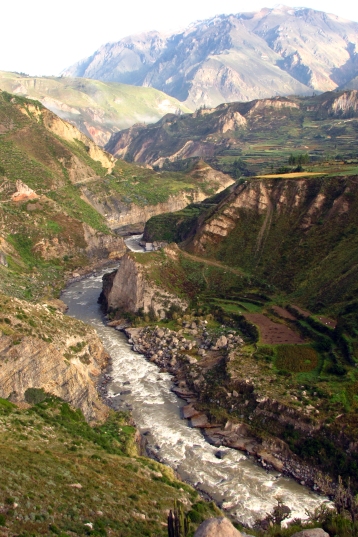 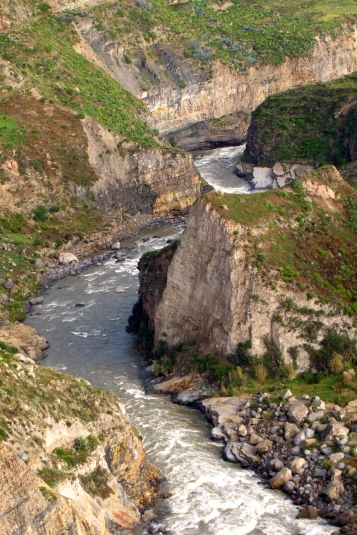 Our guide Helmet, who hails from nearby Arequipa, told us the villages on the far side of the Rio Colca were so isolated that they didn’t have roads running between communities and the only way in or out was on foot across the mountain bridges.

He said UNICEF was currently running a vaccination program in the Colca Canyon, with staff hauling all the equipment they needed in packs on their backs as they walked from one mountain hamlet to the next.

The Colca Canyon is “geologically young”, with the racing water slicing through volcanic rocks deposited in the Peruvian Andes less than 100 million years ago along a major fault in the planet’s crust.

The early start was necessary to see the condor at their most active – they search for food in the hours after sunrise, and glide above the Rio Colca on the powerful updrafts that shoot out of the gorge as the sun warms the air – and when we finally arrived at the vantage point after a bumpy ride on the unmade roads there were a collection of birds surfing the warm wind.