JOSPEH Stalin had some strange ideas when it came to giving gifts.

Instead of providing his loyal subjects – by that I mean the residents of the Soviet states he intimidated into submission – things they could use like an endless supply of toilet paper or semi-regular deliveries of fresh meat, he gave them buildings.

And by buildings I don’t mean useful structures like hospitals or supermarkets, but menacing monstrosities to be used by good communists engaged in the tasks associated with promoting communism.

Poland was the recipient of one of these monumental developments with the Palace of Culture and Science – called Peking by the Polish because the name is abbreviated to PKiN – built in the heart of Warsaw in the 1950s. 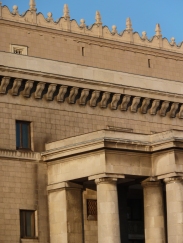 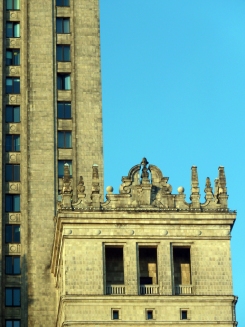 The handsome structure, which blends Baroque and Gothic architectural features and was put up using the techniques American engineers developed to rise the above the ground during the middle of last century, was home to meeting halls and ballrooms.

But the main space is the impressive theatre, with a big light feature in the middle of the ceiling that reminded me of the one in Vienna’s opera house, and one of the most famous acts to play there was the Rolling Stones when they were the first capitalist band to tour behind the Iron Curtain in 1967.

Kiev, Riga and Prague were three other Stalinist cities to receive a similar gift from the Soviet’s big boss – ironically, two have since been converted into luxury hotels – and the Warsaw monument took three years to build with more than 3500 workers from around the USSR working on the project.

“Work started on May 2, 1952, and was completely finished by July 1955,” my guided noted during a tour of the iconic Warsaw structure this morning.

“In 1951 Stalin decided to make a gift for us, for the Polish nation, so this building was a gift from the Soviet nation to the Polish nation, but the Polish people participated in the gift very strongly influencing the design and using local materials in construction.

“More than 1400 Russians worked on the building, but it was 3000 polish technicians and engineers that did most important work.

“Before Poland was transformed in the 1990s this building was used for political purposes, but now it’s a gall for concerts and conferences.” 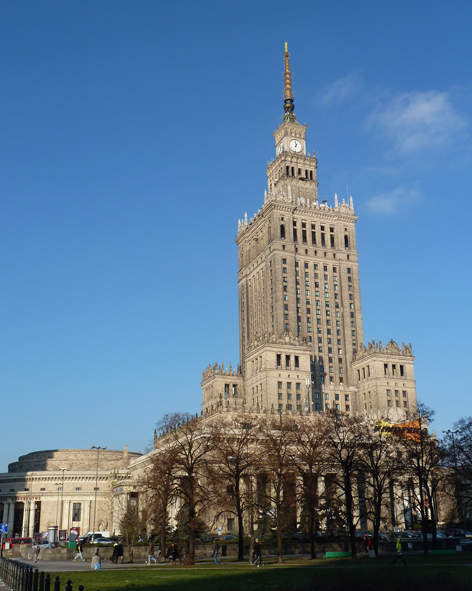 Stalin also built seven similar towers in Moscow between 1947 and 1953 with Muscovites calling this collection the “seven sisters”, or Stalinskie Vysotki which means Stalin’s skyscrapers.

During my visit this morning I found that, while an enormous amount of conservation work is being done to maintain the Warsaw symbol, nothing has been updated or changed since the days when the heads of Communism would gather in its halls to pat each other on the back and enjoy the perks of megalomania.

The faded green curtains hanging in the meeting rooms are original, the red velvet seats in the grand theatre have been accommodating Polish bottoms since the 1950s, and the faux marble columns in the ballrooms haven’t been touched since the first coat of paint was applied by the builders. 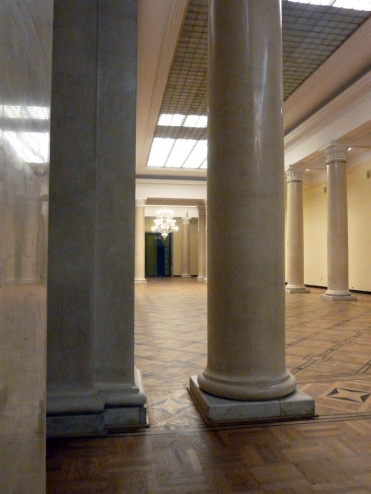 My guide said that would change in 2013, with the seats in the theatre set to be replaced because they were so uncomfortable it deterred many conference and concert organisers booking the space as modern audiences had trouble sitting in one place for any length of time.

When communism collapsed in the early 1990s there was a local movement to demolish the Palace of Culture and Science, because it represented an era of oppression the Poles were keen to forget, but it was left standing beside the city’s main drag as it was considered to be such an important part of Polish history.

Walking through this building today was like stepping back in time, and I loved seeing the vintage fixture and fittings in a building that’s an elegant living-and-breathing example of Soviet decay. 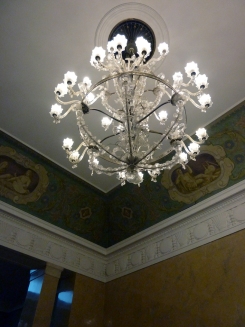 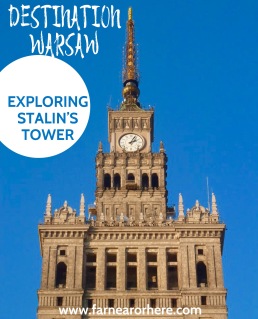