This significant day also signals the start of a century of Australian men and women serving in wars, police actions and peace-keeping missions that have taken our army, navy, air force and merchant mariners to battlefields around the globe.

And, just like Gallipoli, these battlefields are becoming destinations for Australian travellers looking to make a pilgrimage to places Australians fought and died during the past 100 years.

Mat McLachlan from Mat McLachlan Battlefield Tours, an Australian company that leads guided visits to theatres from the Solomon Islands to the Western Front, says Australians are combining a passion for travel with the chance to see places important to our history.

“There’s a range of destinations – Pacific Ocean islands, Vietnam, through the United Kingdom, Germany – but the next four years will be a time to commemorate the big Great War anniversaries.

“We have Lone Pine in August before we (Mat McLachlan Battlefield Tours) switch our focus to France and Belgium in 2016 with Fromelles and Pozieres in July, in 2017 we have Bullecourt in April and Passchendaele in October, and then in 2018 we have Hamel in July and Remembrance Day at Villers-Bretonneux.”

When asked to recommend easily-accessible battlefields Mat suggests places Australians fought on the Western Front, in the north of France and southern Belgium, and the Australian area of operations in Vietnam a stone’s throw from Saigon.

“France is a long way from Australia, so that sounds counter-intuitive, but it’s a place lots of Australians visit anyway and once there it’s easy to visit the battlefields north of Paris in the Somme and Ieper up in Belgium,” the military historian says.

“Vietnam is accessible because it was a small area so convenient to see, the country is a destination for Aussies on holiday and has developed the infrastructure needed to open up to tourism, and Vietnam vets are at an age where they’re ready to go back and have a look.

“Another battlefield near Australia that saw a lot of frontline fighting – not an Australian campaign but with a connection through the loss of the HMAS Canberra – is Guadalcanal in the Solomon Islands which is three hours from Brisbane so you can leave home in the morning and be in a nice hotel that afternoon.”

Here are a few more Australian battlefields at home and abroad easy to reach for those keen to walk in the footsteps of our servicemen and women.

While Australian units fought across southern Vietnam during the “American War” our primary area of operation between 1966 and withdrawal in 1972 – part of a lengthy deployment that saw some 500 servicemen perish – was a region 90km from Saigon known as Phuoc Tuy Province.

The rear support base and hospital was at seaside Vung Tau, the forward combat base at Nui Dat, and the most famous battle happened at Long Tan and these locations are easy to reach on a day trip from Saigon with Sinhbalo Adventures a trusted Vietnamese company offering excursions to the Australian enclave.

More than 17,000 Australian soldiers, sailors and air crews served in Korea during a “police action” and peace-keeping mission that lasted seven years and saw 350 troopers killed in battles that forced the frontline to move from the southern top of the peninsula to the Chinese border.

The most significant Australian battle happened at Kapyong in April 1951 with 32 killed in a two-day battle that halted the Chinese spring offensive and prevented an attack on Seoul just 50km away.

There’s a memorial at the centre of town – now known as Gapyeong – with the public bus to Chuncheon stopping in the centre of the settlement near the monument and Seoul tour companies offering private excursions to the battlefield.

While in South Korea venture south to Busan and the Aussie graves at the UN Memorial Cemetery, step into the DMZ on a guided tour booked in advance or simply visit Odusan Unification Observatory to peer into North Korea, or browse Seoul’s War Memorial of Korea museum.

Only a handful of locations on mainland Australia saw wartime action – Sydney Harbour, Broome, Townsville, Mossman – with Darwin suffering the most damage during 100 Japanese air raids that started with a surprise attack on February 19, 1942, and killed more than 200 including dozens of civilians.

Visitors to the Top End capital can wander the East Point Military Reserve, explore the Darwin Military Museum and innovative Defence of Darwin Experience, visit the military and civilian graves at Adelaide River War Cemetery, tour the oil storage tunnels, see Strauss Airstrip beside the Stuart Highway, and reflect at the city’s Cenotaph.

An Australian army division defended Singapore’s north-west coast during the Japanese invasion in February 1942 with hundreds of combatants killed in two days of heavy fighting after the enemy crossed the Johor Strait.

More than 1000 Australians killed in that action now rest at Singapore’s Kranji War Cemetery (below), only 2km from the site of the invasion, and there’s also a wall of remembrance listing the 24,000 Commonwealth casualties with no known grave.

Reach the cemetery by taxi – Singapore cabs are affordable and reliable, but ensure you have the correct address as many drivers don’t know about the memorial – or catch a train on the MRT’s red line to Kranji station and walk 10 minutes to the entrance.

While in Singapore stay at the Hotel Fort Canning, which is a colonial-era building that served as both the British and Japanese headquarters during the Second World War, tour the infamous Battle Box in Fort Canning Park, and explore Fort Siloso on Sentosa Island.

Papua New Guinea’s Kokoda Track (below) was the closest World War Two’s ground campaign came to mainland Australia with our ground units stopping the Japanese reaching Port Moresby in 1942 during a fight that lasted five months and cost more than 600 lives.

Australian adventure companies, including Flight Centre Active Travel, arrange organised and guided expeditions to hike Kokoda with these treks hosted by experienced escorts and including permits, safety equipment and other crucial provisions.

While Anzac Cove has evolved into the most notorious Great War battlefield it was not the most costly when it came to Australian sacrifice with our military losing more men in the first two campaigns of 1916, at Fromelles and Pozieres on the Western Front, than in eight long months at Gallipoli.

Catch a train to Arras or Amiens, hire a car or join a tour, and discover the Australian battlefields with Mat McLachlan’s book Walking With The Anzacs a resource for those planning a self-guided excursion. 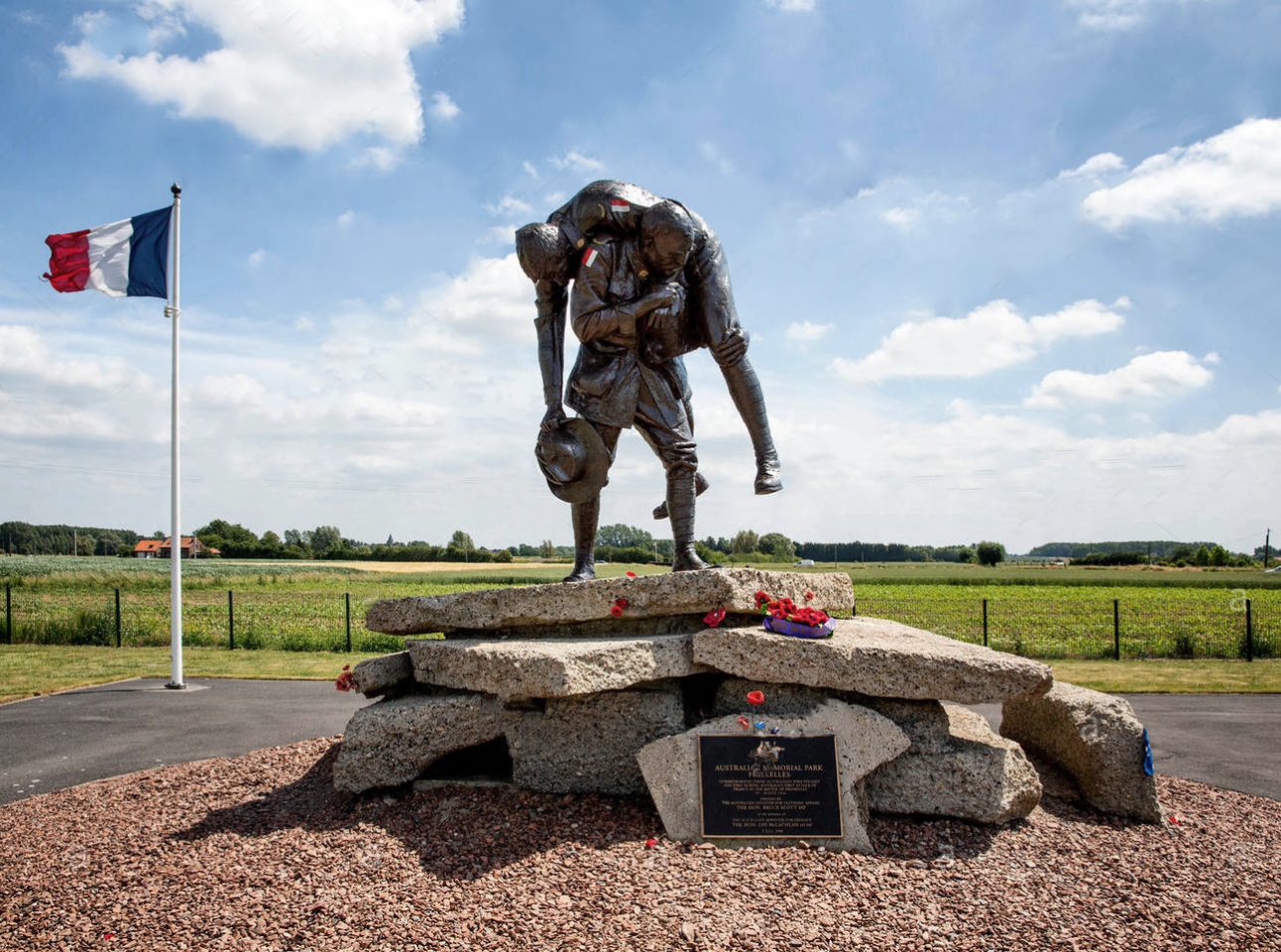 Mat McLachlan Battlefield Tours has a selection of centenary trips – all-inclusive itineraries hosted by military historians – to Great War battlefields starting with Lone Pine in August before moving to the Western Front with the Fromelles and Pozieres Anniversary Tour in July 2016.

The company also offers a tour to the Third Reich’s Germany this July, to the Solomon Islands to mark the Guadalcanal and HMAS Canberra anniversary in August, and Vietnam in October for those interested in more recent conflicts.