THERE are more ways than ever to explore a holiday destination – trams, horse-drawn carts, Segways, vintage cars, bicycles – but there are some streets that should be seen on foot so pack your walking shoes and prepare to pound the pavement.

Budapest’s Andrassy Ut stretches 2.5km from Heroes Square to Erzsebet Square with this historic strip, constructed in the 1870s and rebuilt two decades later when Europe’s first underground went below the surface, home to the Opera House (below) and modern House of Terror museum as well as blocks of 19th-century buildings.

Walk through Australia’s military history by wandering both sides of Canberra’s Anzac Parade, between the Australian War Memorial and Lake Burley Griffin, where memorials pay tribute to everyone from those who served in Vietnam and Korea to the Rats of Tobruk and the country’s service nurses.

Boston’s Commonwealth Ave (below) – the locals know it simply as Comm Ave – stretches from Boston Common to the Charles River dozens of kilometres to the west. But it’s the Back Bay blocks that should be explored where some of the city’s most regal dwellings can be seen.

Kowloon’s Golden Mile in Hong Kong – the kilometres of Nathan Rd between the harbour waterfront and Boundary St – is an after-dark destination for those keen to spy a sea of neon. But take time to detour and shop for bargains at Temple St Night Market before a cocktail or cup of tea in The Lobby at The Peninsula.

Residential Fondamenta San Mauro and Fondamenta di Cavanella join to make a canal-side promenade that weaves through the heart of Italy’s Burano Island (below) and past the colourful houses painted, as the legend puts it, so fishermen could spy their homes while working on the vast Venetian lagoon.

Between noon and 5pm every weekend the Ginza’s main drag, Chuo Dori, is closed to traffic so pedestrians can amble the asphalt in Tokyo’s upscale shopping location, and window shop in the fancy flagship stores of leading luxury labels.

The Champs Elysees is the obvious place to promenade in Paris but a more intriguing stroll is along the Seine’s southern bank – from Notre Dame Cathedral on the Ile de la Cite to the Eiffel Tower – gazing across at elegant buildings occupying the northern shore and pausing at the Musee d’Orsay, Les Invalides or Pont Alexandre III. 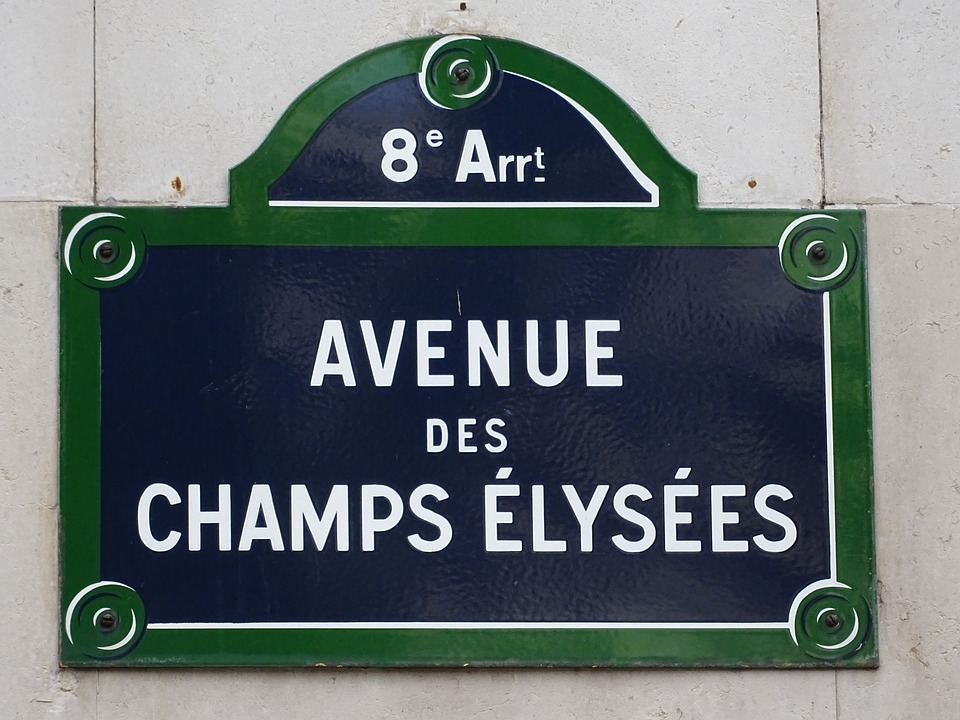 Xian’s Muslim Quarter (below) has 10 mosques – Islam arrived in China when this city served as gateway to the Silk Road – and today the busy blocks of Bieyuanmen “Snack’’ St behind the Drum Temple are choked with locals preparing weird and wonderful culinary creations including local specialities cooked across the centuries.

New Zealand’s coolest collection of blocks is Cuba St in Wellington. This “inner-city slice of bohemia’’, with its tapas bars and ice-cream shops, bookstores and fashion boutiques, buzzes from early morning until late at night.

A strip of asphalt beside an unremarkable hill 85km from Saigon, in Vietnam’s south near seaside Vung Tau, now serves as the quiet main street for a small rural community. But between 1966 and 1972, this road was the busy runway at the heart of the Australian base called Nui Dat, which was home to regiments of our Vietnam War soldiers.

London is a city for strolling but one thoroughfare stands out for its icons. Whitehall (below) reaches from Trafalgar Square and The National Gallery, past the Cenotaph and Horse Guards to the British PM’s house on Downing St, and on to Westminster Abbey and the Palace of Westminster crowned by Big Ben.

Yangon – the retired capital of Burma known as Rangoon when the British were in power – is a charming settlement stuck in time. Little has changed in the past dozen decades, and drifting along Sule Pagoda Rd from the railway line to river provides a peek at the beautifully dishevelled buildings surrounding majestic City Hall.

Vienna’s regal Ring Road, the 5.3km Ringstrasse (below) wrapping the pedestrian heart of the Austrian capital, was formed in the 1850s when the obsolete city wall came down. It’s now the place to find dozens of significant structures built between 1860 and 1900 including the gothic Rathaus town hall and Museum of Fine Arts.

Spanish poet Federico Garcia Lorca said La Rambla (below) was “the only street in the world I wish would never end’’. The 1.2km pedestrian path was established in the 1440s and winds from Barcelona’s Christopher Columbus Monument to Placa de Catalunya – a stroll here should be on the to-do list of every traveller.

• This story originally appeared in Escape on Sunday, February 6, 2016 •