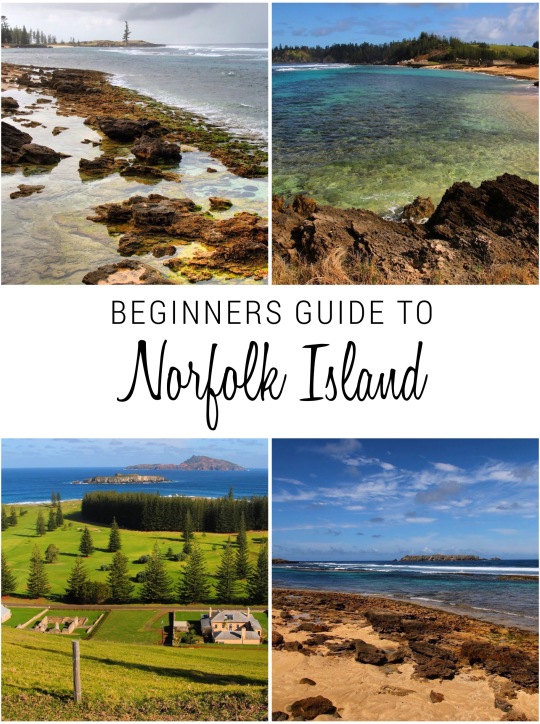 THERE’S much to love about Norfolk Island.

Cows have right of way on roads, house doors are left unlocked and car keys remain in the ignition, the population measure distance in driving time not kilometres, locals retrace their ancestors’ steps in an annual procession from the port, ships are unloaded using a method dating back centuries, and visitors get a wave from every car they pass.

But there’s more to this South Pacific paradise than quirky customs with a sleepy settlement that started as a harsh penal colony, and thrived when the relocating “Pitcairners’’ arrived in the 1850s. It has blossomed into a holiday destination that’s punching above its weight.

Where is Norfolk Island?

Norfolk Island is a 34.6sq km dot in the South Pacific Ocean sitting on the 29th line of latitude – putting it at about the same position south of the equator as Byron Bay – 1400km east of the Australian coast, 740km north of New Zealand, and 760km south from New Caledonia.

Unless you have a yacht, or can commandeer a cruise ship, the only way to reach Norfolk Island is by air with five flights a week touching down on runways constructed by New Zealand soldiers guarding the Pacific outpost during World War II.

Air New Zealand is currently the only carrier flying in and there are direct flights from Sydney on Monday and Friday, Brisbane on Tuesday and Saturday, and Auckland on Sunday, with flying time from Australia between two and three hours. 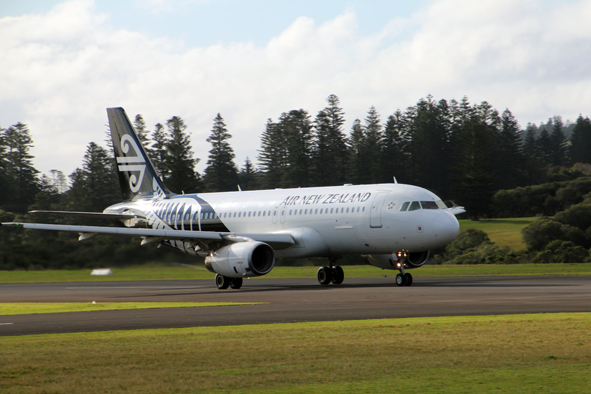 Norfolk Island’s perch in the South Pacific means the weather rarely gets really chilly – the mercury hovers between 12C and 22C during winter, and from 19C to 28C in summertime – with the most rain falling between May and August.

What’s the first thing I should do?

Norfolk is crammed with history – first it was a penal settlement for three decades from 1825, then home to descendants of HMS Bounty mutineers, who relocated from Pitcairn Island in 1856 – and the best way to hear the stories that shaped the community is on a guided half-day excursion with Pinetree Tours.

There’s a good chance the relative of a Bounty crewman will lead the outing – Larry Quintal, related to seaman Matthew Quintal, was my host – which drifts through UNESCO-listed Kingston and stops at scenic spots to take in the view with the host offering helpful hints on places to swim, sightsee and stroll.

There’s also an assortment of holiday homes available short term with The Front Row (below) at Shearwater Villas Norfolk’s most luxurious dwelling, boasting a sweeping clifftop vista from Kingston to Phillip Island; By The Bay above secluded Ball Bay; and Tin Sheds offers a boutique stay in five-star cottages close to Burnt Pine’s cafes. 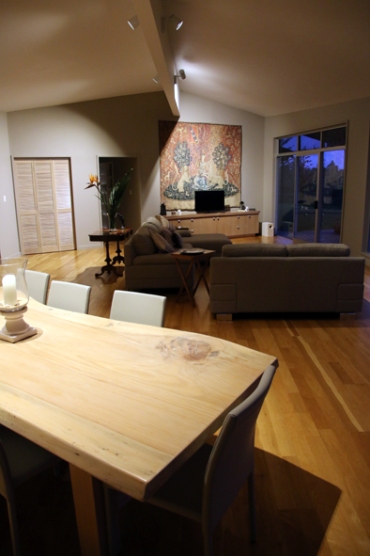 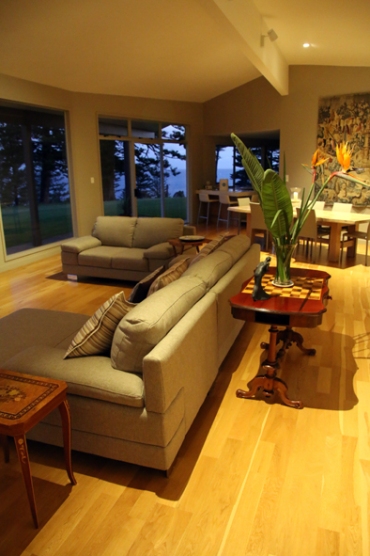 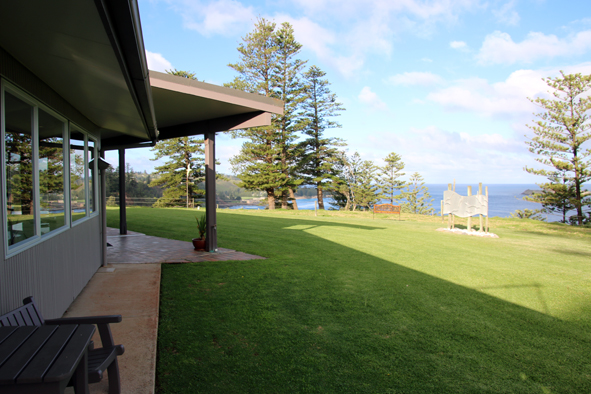 Rumour has it there are more hire cars on Norfolk Island than private vehicles but, with no public transport and only a few taxis that need to be ordered in advance, renting wheels from Advance Hire Cars is the best way for visitors to get around a plot that only takes 30 minutes to traverse, from Kingston in the south to the national park in the north.

But there are a few locals customs to be observed when motoring, so remember cows have right of way on the asphalt and drivers are expected to give the “Norfolk salute’’ by lifting an index finger from the wheel to acknowledge every vehicle that passes.

There are also a couple of places to hire bicycles in Burnt Pine, and Shanks’s pony is the ideal way to explore Kingston’s convict-built enclave.

No crime on Norfolk Island means locals – and travellers able to shake big-city ways – leave their homes unsecured at all hours, while parked cars are not only left unlocked but the keys remain in the ignition.

While it takes a bit of adjustment, there’s a simple pleasure in knowing the rustling outside on a dark night is wandering cows rather than an intruder. And when you forget your phone on the front seat it will be there when you return, and that valuables can be left beside a beach towel when swimming.

Where can I eat?

The Norfolk Island culinary scene is surprisingly sophisticated with rustic markets, casual cafes and fine-dining restaurants combining to satisfy the whims of even the most refined foodies.

Every Saturday morning, a modest farmers’ market (below) occupies the park beside the Taylors Road Visitor Information Centre with a handful of farmers, fishermen, cheesemakers and at-home cooks setting up stalls to sell everything from seafood to smoothies that highlight the produce of an island completely organic and almost self-sufficient.

Emily Ryves runs The Hilli Goat, and invites visitors to join sustainable-living tours, scheduled around milking time, before sampling the homemade cheese she produces with gourmet goodies grown around her family’s Anson Bay farm while Heidi Adams mixes healthy dishes with a view at Bedrock Cafe on the wild north coast.

Two Chimneys Wines (below) is Norfolk’s only vineyard but there’s more reason to visit this idyllic estate than growing grapes. Owners Noelene and Roderick McAlpine create tasting plates to savour while while visitors sample red and white varieties. 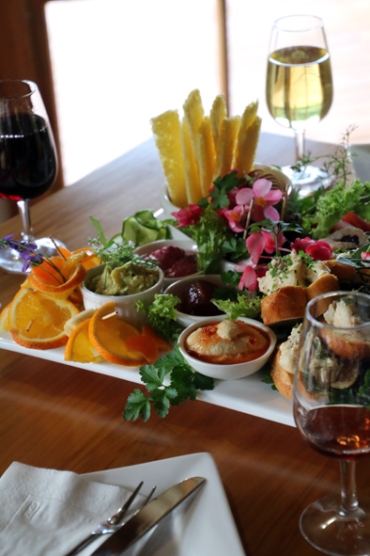 Norfolk Blue specialises in the island’s unique breed of beef, with The Blue Bull Cafe in Burnt Pine offering the same meat but a different menu, while Hilli Restaurant and Dino’s at Bumboras prepare local ingredients in paddock-to-plate style.

Where can I swim?

This parcel of South Pacific land boasts 32km of dramatic coastline, but there are a few spots to swim, with the most scenic locations such as Crystal Pool, Anson Bay and Bumboras Bay out of bounds because of unpredictable conditions.

Head for Kingston’s convict quarter when the weather is warm and beautiful Emily Beach – the scenic spot regularly appears on lists ranking Australia’s top strips of sand – or pack a snorkel and goggles to explore Slaughter Bay’s coral and colourful fish. 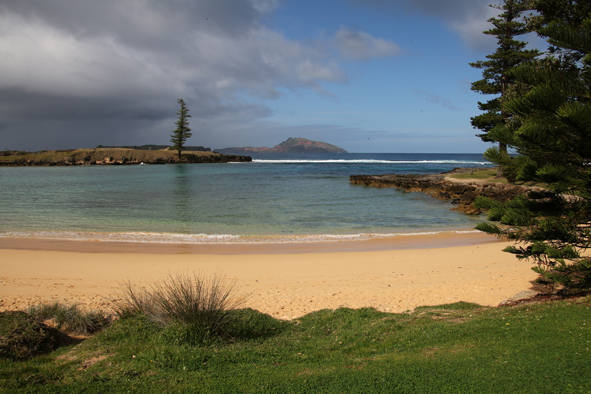 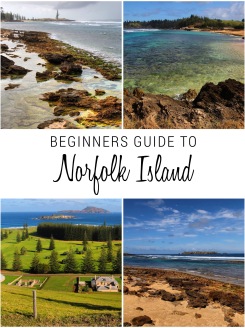