SOUTH-East Asia’s top temples, in settlements from Bangkok to Yangon, are ideal places to find serenity in the region’s bustling cities.

Cambodia’s Angkor Wat isn’t just the world’s biggest temple – the sanctuary occupies a 162ha plot 5km from Siem Reap – but it’s also one of the most famous with more than one million tourists visiting every year. 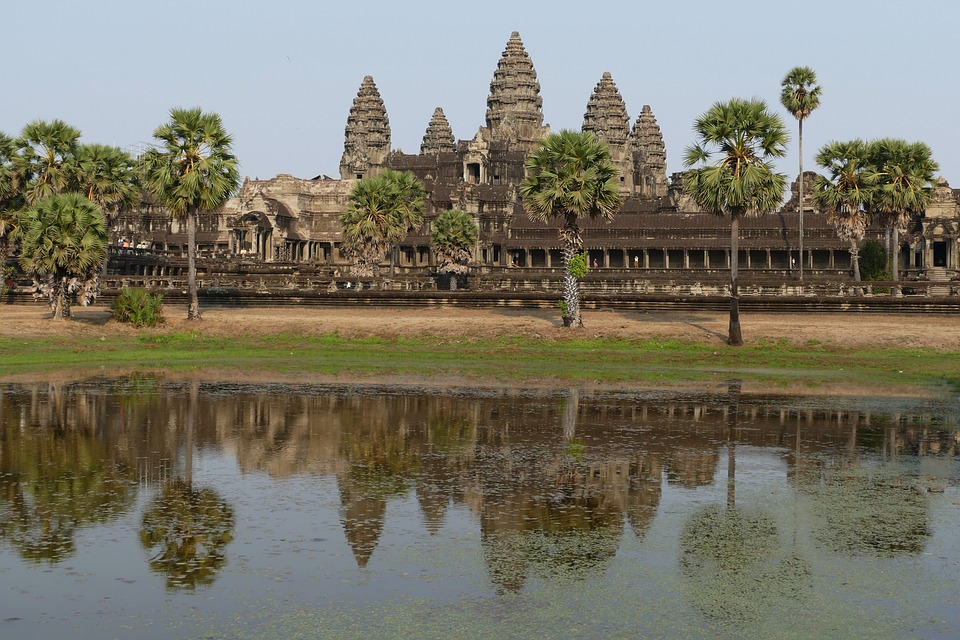 The complex was built by a Khmer king in the 12th century to serve as his state temple, with more than 3000 apsara nymphs carved into the stone walls. And, while it was never abandoned, the temple was neglected for centuries before restoration commenced in the early 1900s.

Travel tip: Arrive at Angkor Wat 30 minutes before sunrise and take a seat in one of two libraries in the grounds, rather than fighting for space in the scrum beside the ponds, to watch the sun rise behind silhouetted towers. 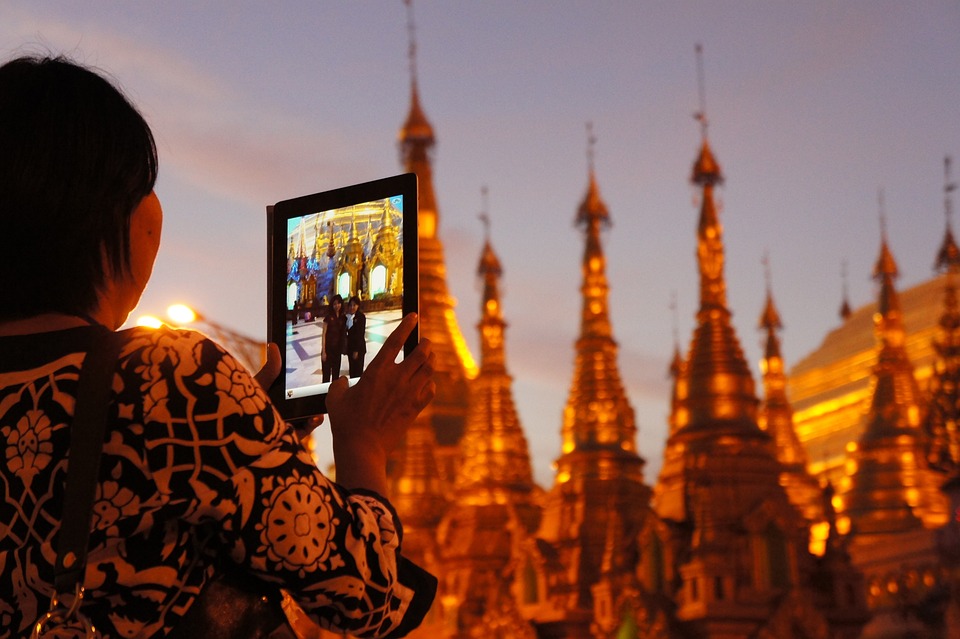 While legend says the complex was built more than 2600 years ago to accommodate religious relics under stupas decorated by gold leaf and precious gems, archaeologists plot construction somewhere between the 6th and 9th centuries.

Travel tip: Visit at twilight to watch the lights switched on to illuminate golden domes, but linger until darkness settles, when the faithful gather to ignite long lines of oil lamps surrounding the stupas.

Hanoi’s Temple of Literature was established by an emperor in 1070 to pay homage to Confucius but grew into the Vietnamese settlement’s first university when gifted students from around the country were invited to study in the decorative pavilions.

Today, turtle statues dotted around the grounds carry stone tablets recording the achievements of those scholars and there’s a pond known as the Well of Heavenly Clarity in the manicured gardens.

Travel tip: Schedule late-morning sightseeing then retire to KOTO – Know One Teach One trains disadvantaged youth to work in hospitality – across the road at 59 Van Mieu St for lunch at the students’ restaurant.

Bali is famous for seaside sanctuaries with Uluwatu – or Pura Luhur Uluwatu, to be precise – one of the most spectacular on the Indonesian island thanks to a cliff-top perch 75m above Indian Ocean breakers crashing below. 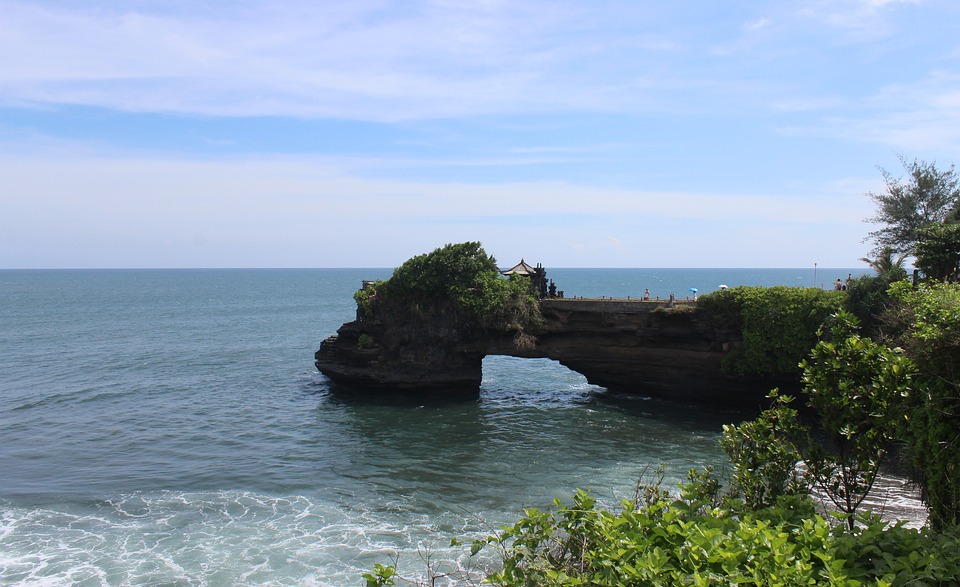 A Javanese priest established the temple in the 11th century to worship the sea spirits loitering along Bali’s south coast and was extended by another holy man who also shaped the nearby Tanah Lot, Rambut Siwi, and Sakenan sanctuaries.

Travel tip: Brave the crowds that descend towards the end of the day – stroll the clifftop to the south to flee some of the throng – and watch traditional kecak dancers perform during sunset.

Wat Pho, Bangkok’s Temple of the Reclining Buddha, is close to The Grand Palace’s Temple of the Emerald Buddha so combine the two attractions to make the perfect sightseeing combination when visiting the Thai capital. 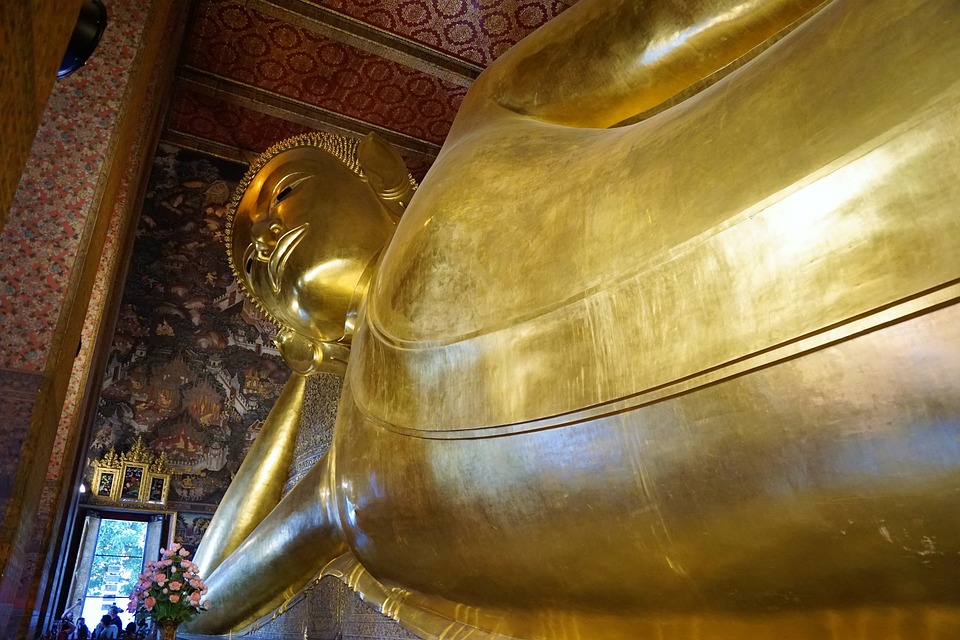 While the star of the Wat Pho show is a giant lounging Buddha (the statue is 15m high, 46m long, with feet covered by mother-of-pearl patterns) it’s worth wandering the grounds to study the colourful stupas and rows of smaller statues.

Travel tip: Wat Pho is now home to Thailand’s leading school of massage so make an appointment when you arrive to have a neck, shoulder or foot treatment after your tour.

Southern Vietnam is home to the Cao Dai Great Temple with this building, a two-hour drive from Saigon near the village of Tay Ninh, the headquarters of a religion established in the 1920s. 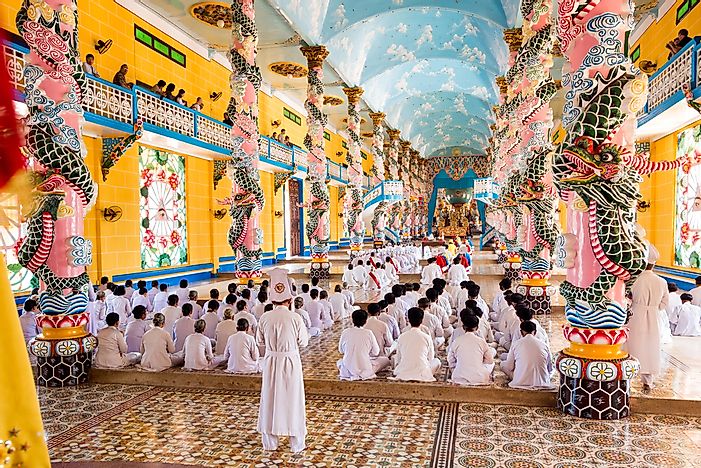 The cavernous temple is a modern build with patterned tiles covering the floors and bright dragons winding around columns supporting the high ceiling, while worshipers wear robes with the colour of the cloth identifying their position in the congregation.

Travel tip: The flock prays four times a day (the noon service is popular with tourists on day trips from Saigon) so visit during a service but ascend to the first-floor gallery to watch proceedings without disturbing parishioners.

The compound originally sat on the coast, with steps added to the design to prevent water flooding in during high tide, but land reclamation work during the decades means it’s now landlocked.

Travel tip: After surveying the temple wander along Telok Ayer St to the hawker centre on the corner of Amoy St for a cool drink or slice of fruit from one of the stalls inside.

Phuket’s Big Buddha crowns a hill near the holiday island’s southern tip and the white Burmese marble cladding the concrete structure sparkles in the sunshine.

More than 1000 people visit the site every day, many ascending to see the 360-degree view, and some make a donation to leave messages for a deceased loved one .

Travel tip: While there’s a good road to the top, active travellers can make the hour-long hike to the summit and take in the view that emerges during the climb.

When it comes to big, Malaysia’s Kek Lok Si is right up there as South-East Asia’s largest Buddhist temple with the lofty location in the hills behind George Town promising perfect feng shui.

Construction commenced in the 1890s and visitors can explore prayer halls, bell temples and the tortoise pond before seeing the seven-storey pagoda that mixes Burmese, Chinese and Thai architecture and accommodates 10,000 alabaster and bronze Buddha statues.

Travel tip: Time a visit to Kek Lok Si to coincide with Chinese New Year celebrations and see the spot adorned with thousands of hanging lanterns.

Wat Phnom occupies Phnom Penh’s only hill with legend declaring the first pagoda to crown this tree-covered perch went up in 1373 to store four statues of Buddha deposited during a Mekong River flood. 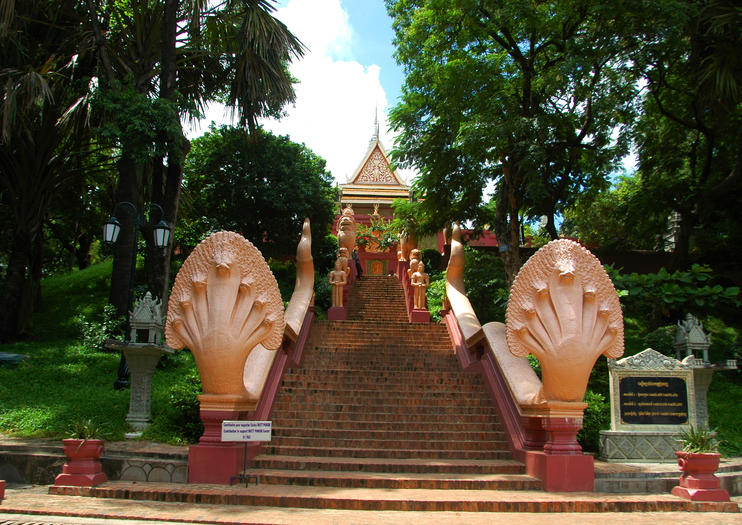 Today, the Cambodian capital’s young residents climb to pray for success in school exams or new jobs and faithfully return to deliver the offering promised, typically a string of flowers or bunch of bananas, when wishes are granted.

• This story originally appeared in Escape on Sunday, October 2, 2016 •