ANGKOR Wat is world famous but the ancient ruins wouldn’t be half as easy to see if it wasn’t for Siem Reap.

The Cambodian settlement 5km from Angkor’s front door is home to 140,000 people with the majority working to support the hordes of tourists descending daily to sleep, scoff, shop and socialise when not out surveying the sites that made the Khmer Empire’s capital city.

And while locations such as Angkor Thom, Banteay Srei, Ta Keo, Preah Khan and Ta Prohm are the stars of the show, there’s ample to do in Siem Reap for travellers who find themselves templed out. 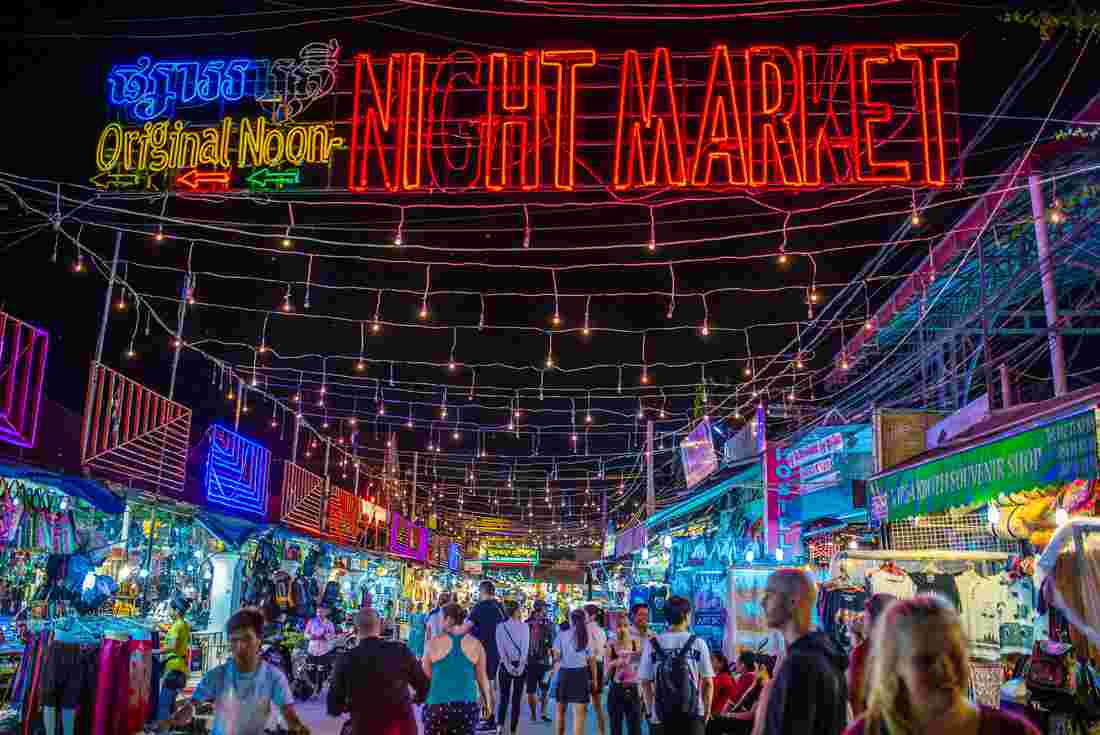 There are no direct services from Australian airports to Siem Reap but a stable of Asian-based airlines promises convenient two-flight options with those scheduling short transit times letting flyers complete the journey in less than 15 hours.

Those keen on quick transit should consider Vietnam Airlines via Saigon, the Cathay Pacific and Cathay Dragon combination through Hong Kong, or a swift stop in Singapore by travelling the Singapore Airlines and Silk Air partnership.

Siem Reap is a compact community so tuk-tuks, bicycles and walking are best for exploring the busy streets marking the heart of the settlement while a car booked through a hotel or travel agent is convenient for reaching Angkor Wat or the other historical locations a stone’s throw from town.

Tuktuks – three-wheeled vehicles with motorbike up front and a buggy big enough for three or four people behind – are fun for making short journeys and, while it’s important to negotiate a price before starting, expect to pay about $US1 or $US2 for each person to make a brief run.

Those flying into Siem Reap should email their hotel in advance and arrange for a car to collect them from the terminal door and complete the journey to their accommodation, about 10km away, with the cost added to their bill and paid on departure.

Should I hire a guide?

Those exploring solo should engage the services of an official guide with the lemon-shirt-wearing locals not only sharing facts on the Angkor sites surrounding the settlement but also they know out-of-the-way locations sightseers can explore themselves.

But the very best thing about exploring with a host are the stories they share and, with most Cambodians touched by the horrors of the Khmer Rouge regime, it’s the guides that remember life during these years and who put a very personal touch on history.

How can I avoid the crowds at Angkor Wat?

The answer is to start early by arranging a 4am wake-up call and venture out to the world-famous landmark while it’s still dark to watch the light of a new day creep across the landscape.

Then, when the tourists head back to hotels for buffet breakfasts, continue inside to explore the courtyards and cloistered passageways when there’s almost no one around and the low sun sends golden light into dark corners and shadows dance on the stone carvings.

When hungry tummies begin rumbling head out the front gate, across the lake and into one of the rustic restaurants behind the dusty carpark to order breakfast served with freshly squeezed OJ and rich Cambodian coffee.

What do I need to know about money?

While Cambodia has its currency, all transactions are done in US dollars so make sure you have a stash of new notes – locals won’t take anything torn or tattered – before arriving with a stack of singles for tipping and paying tuk-tuk drivers.

There are ATMs around town dispersing US dollars and my favourite place to withdraw cash is the pharmacy opposite Banana Leaf bar on the corner of New and 2 Thnou streets, which has an ANZ machine.

Tipping is becoming part of everyday life with international visitors expected to drop a few extra dollars on the table after dining and give hotel porters, drivers and guides a bonus when jobs are done.

Where should I go for a drink?

My favourite address is the Foreign Correspondents Club, where art-deco pavilions built for France’s colonial-era diplomats are home to a bar and restaurant with comfortable armchairs dotted around the riverside gardens.

Other chic options are Miss Wong, which celebrates 1930s Shanghai style, Yellow Submarine honouring The Beatles, Asana occupying a traditional wooden Khmer house, and The Living Room, which is an elegant space at the Park Hyatt Siem Reap.

What customs do I need to consider?

Cambodia is a predominantly Buddhist country, which means the locals forgive visitors who break the rules when visiting a temple, but Aussies surveying Siem Reap should make an effort to do the right thing when exploring religious and historic locations.

Always remove shoes before venturing inside a temple or pagoda, if sitting with monks point toes away from the hosts, men and women should both cover legs and arms below knees and elbows with sarong or scarf, and never touch a child on the top of the head.

How long should I spend there?

While it’s possible to do Siem Reap in a day – that’s just enough time to view big-ticket items such as Angkor Wat and Angkor Thom as well as strolling through the Night Market and enjoying a meal on manic Pub Street – it’s better to allocate three days.

That’s enough time to escape the tourist trail by exploring locations further from town as well as enjoy a break by the pool at one of the resort-like hotels hidden inside lush gardens with the Park Hyatt Siem Reap, Anantara Angkor Resort, Victoria Angkor Resort and Prince D’Angkor Resort excellent options for stop-and-flop devotees.