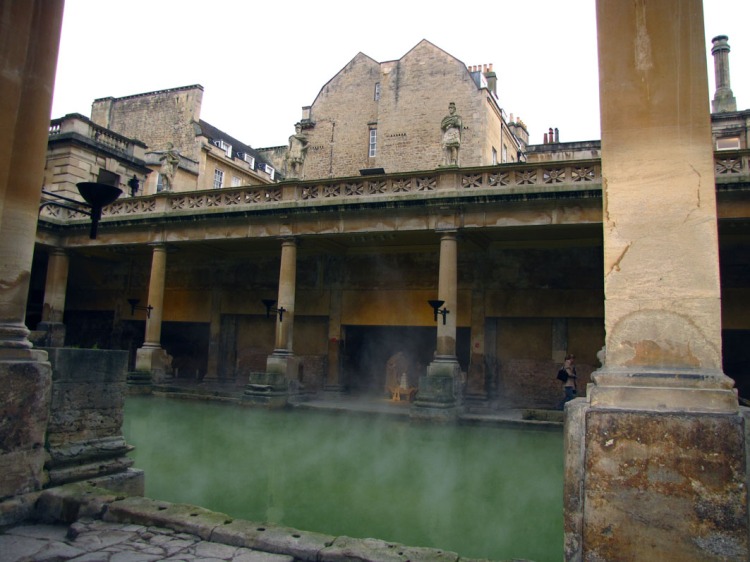 TODAY I soaked in water that has been trapped underground for centuries, and in a place where the Romans did exactly the same thing more than 2000 years ago.

I’m in Bath, the beautiful settlement two hours west of London, and after doing a tour of the ancient Roman baths I went next door to “take the waters” in an oversized tub built during the days of Queen Victoria when Jane Austen was just one of the notables who liked a soak.

The Romans settled in Bath around 40AD – they liked the spot because it had seven hills, just like Rome – and built a bathing complex and temple over the hot spring they found near the banks of the Avon River.

They believed that gods and goddesses lived in the hot spring, so it was a very important spot for the Romans, and they would spend hours bathing, gossiping and doing business in the green mineral water that was collected in a rectangle pond.

After the Romans left the site was swallowed up by the Avon – turns out the people who followed them into the west of England weren’t so keen on keeping clean – and the site wasn’t discovered until the 1800s when an engineer investigating why a particular building’s cellar kept flooding came across the subterranean treasure.

He found a great underground complex of baths and steam rooms, the site was excavated, and the Victorians embraced the idea of taking the waters when they weren’t promenading on Bath’s elevated footpaths.

The site fell into disrepair again, was closed to bathers in the 1970s but renovated as a tourist attraction, and a few years later Thermae Spa was opened across the street to gather the geothermal waters so modern folk could once again soak in the rich minerals.

There is an indoor pool on the ground floor, and an outdoor one four floors up on the roof which provides bathers with glorious views over the Bath skyline, as well as a couple of historic tubs including the one I got to soak in which is housed in the original 19th-century building.

Did it make me feel better?

It made me feel warmer on a freezing winter’s day, and my bones appreciated being submerged in a pool of water that was 35 degrees when it was hovering around zero outside. 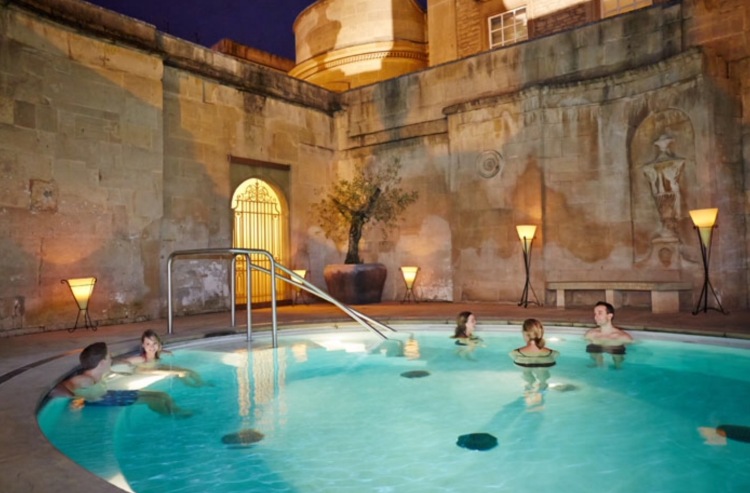