AS the old saying goes, travel expands the mind.

But there is no doubt that some trips also expand the waistline, and this is one of them.

When a hotel chain or tourist authority is hosting a trip, just as the folks from VisitBritain are looking after this one, most of the meals are taken care of with lunch and dinner reservations made at some of the destinations most desirable eateries.

In London we ate at Tom’s Kitchen in Chelsea, which is a favourite with the Sloan Rangers as well as William and Kate, and today we enjoyed lunch at The Hind’s Head in Bray which is one of Heston Blumenthal’s restaurants. 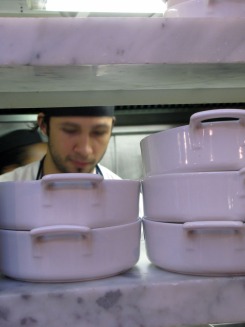 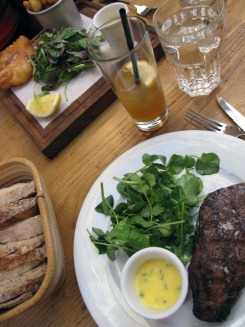 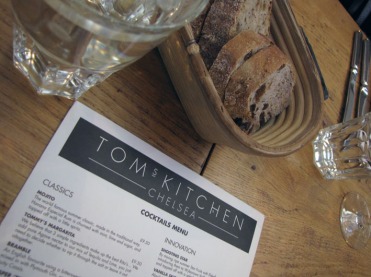 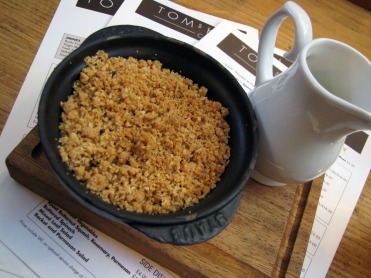 Heston is one of only a handful of English chefs who has been given three Michelin stars and now he owns a cluster of eateries in the hamlet of Bray which sits a stone’s throw from Windsor Castle.

The Hind’s Head, which occupies a pub that was built during the days of the Tudors and has been a favourite with royals through the centuries with Diana taking her boys there for special meals when they were enrolled at Eton, serves a menu of “historic British dishes made from the best seasonal ingredients”.

For lunch I had devils on horseback with mango chutney and pancetta, pea and ham soup with a scotch egg, tea-smoked salmon and soda bread, roast Cornish lamb, and apple and blackberry crumble which really hit the spot on a cold winter’s day. 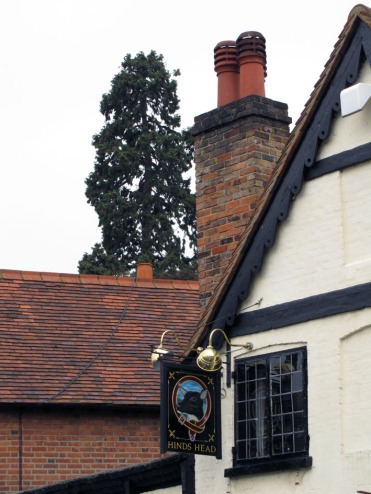 Bray is a bona fide foodie destination with this sleepy settlement home to two of the four England restaurants that have been granted three Michelin stars as well as a couple of gastro-pubs — including The Hind’s Head — that have won awards for serving exceptional food at affordable prices.

Just for the record, the two three-star eateries in Bray are Heston’s main establishment The Fat Duck and the Roux brother’s place The Watershed, with one of Gordon Ramsay’s spots in London and the French restaurant at The Dorchester rounding out England’s elite Michelin list.