CHEF Jim McDougall always knew Mildura was a food bowl but it wasn’t until he left his home town for the big smoke that he realised just how good the ingredients were in the Murray River settlement.

The Mildura native, who started his career with the great Stefano de Pieri at the river city’s iconic Stefano’s Restaurant, can remember pulling plump fruit fresh from sun-drenched trees during his childhood and learning to master the array of local flavours during his apprenticeship.

But when he moved to Melbourne to expand his culinary horizons and work with famed chef Shannon Bennett at Vue de Monde, he realised the assortment of ingredients he’d taken for granted while living in Victoria’s bountiful Sunraysia district were harder to come by in the Victorian capital.

So when Jim was invited back to the state’s northwest corner to form a partnership with his Mildura mentor and take over the kitchen at Stefano’s he jumped at the chance, knowing he would again work with an abundance of exceptional regional produce.

“When people think of Mildura they think about food and good weather and the two are tied together,’’ Jim explains while leaning on a bench in his subterranean kitchen.

“So many people come to dine with us, to enjoy all the good things that are part of this region being a food bowl, and we try to put that on the plate with every dish we serve.

“Around 80 per cent or 90 per cent of the ingredients we use come from Mildura or the Murray River – the yabbies are from Wentworth, the meat from Loxton, the figs from Mildura – and I know where everything comes from so I design the menu around what the local suppliers can provide.

“My favourite ingredients change all the time, depending on the season, but right now I am enjoying working with murray cod – using it in a way my guests might not expect – and the citrus that’s so plentiful in this part of Victoria.’’

Stefano’s Restaurant has been a destination for food lovers since 1991 and since the venue’s namesake took a step back to work on other projects including his microbrewery right next door, Jim has added a contemporary edge to every dish in the celebrated degustation experience.

Or, as the restaurant’s website notes, “Jim’s modern techniques and Stefano’s Italian traditional marry to move Stefano’s Restaurant into the modern world’’.

The writer was a guest of the Murray Regional Tourism Board.

TOP SPOTS TO EAT AND DRINK

If you’re looking to do a culinary crawl along the Murray River there’s everything from fine-dining experiences to farmers’ markets on the bends between Mildura and Albury, and here are just a few foodie destinations to whet your appetite.

Stefano de Pieri is spending most of his time in the boutique brewery inside the restored Astor Theatre, right beside the Grand Hotel, with the delightful art deco building the ideal place to sample tasting trays of beer or magnificent meals. See stefano.com.au

Farmers and artisan food producers from around the Sunraysia district gather at Mildura’s Ornamental Lakes on the first and third Saturdays of every month – around 50 stalls, open from 8am to noon – to sell a variety of gourmet goodies. See sunraysiafarmersmarket.com.au

The Golly – a traditional country pub in the NSW village of Gol Gol – has a back veranda that provides a vista through the river gums to the Murray. It won the state’s tourism award for best pub in 2012 and has built a reputation for delicious meals. See golgolpub.com.au

The farmers’ market – held on the southern shore of the Murray River in Koondrook’s James Park from 9am to 12.30pm on the third Sunday of the month – was established to encourage locals to buy fresh seasonal produce. See kbfarmersmarket.org

Collect a map from the Echuca visitors centre in Heygarth St then hit the road to visit some of the 16 wineries and vineyards, 36 restaurants and cafes, and six gourmet producers that make up a food and wine trail. See echucamoama.com

Oscar W’s sits beside Echuca’s historic red gum wharf to offer diners a view of the paddle steamers meandering along the Murray during lunch or dinner. See oscarws.com.au

Morrisons is the place to eat lunch on a perfect blue-sky day. This winery and restaurant, beside a billabong between the Murray River and a neat block of vines, offers thoughtful dishes that are matched with the estate’s wines and served inside or alfresco on the deck. See morrisons.net.au 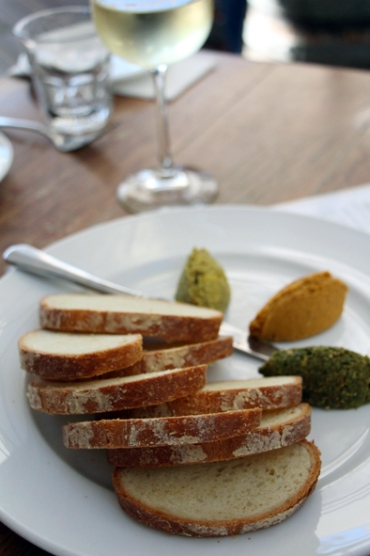 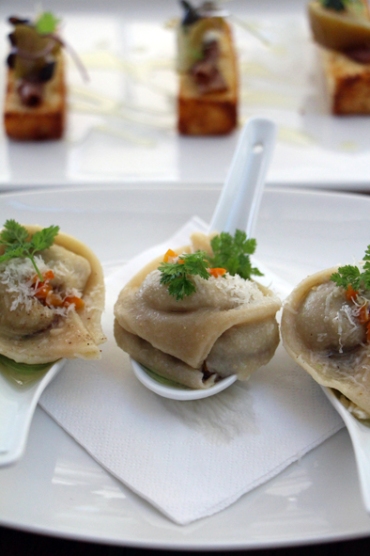 A combination of chic design, a courtyard that makes the most of the sunshine, delicious food, and excellent service makes this Dean St eatery a divine destination. See mrbenedict.com.au

THIS STORY FIRST APPEARED IN ESCAPE ON SUNDAY, JUNE 7, 2014