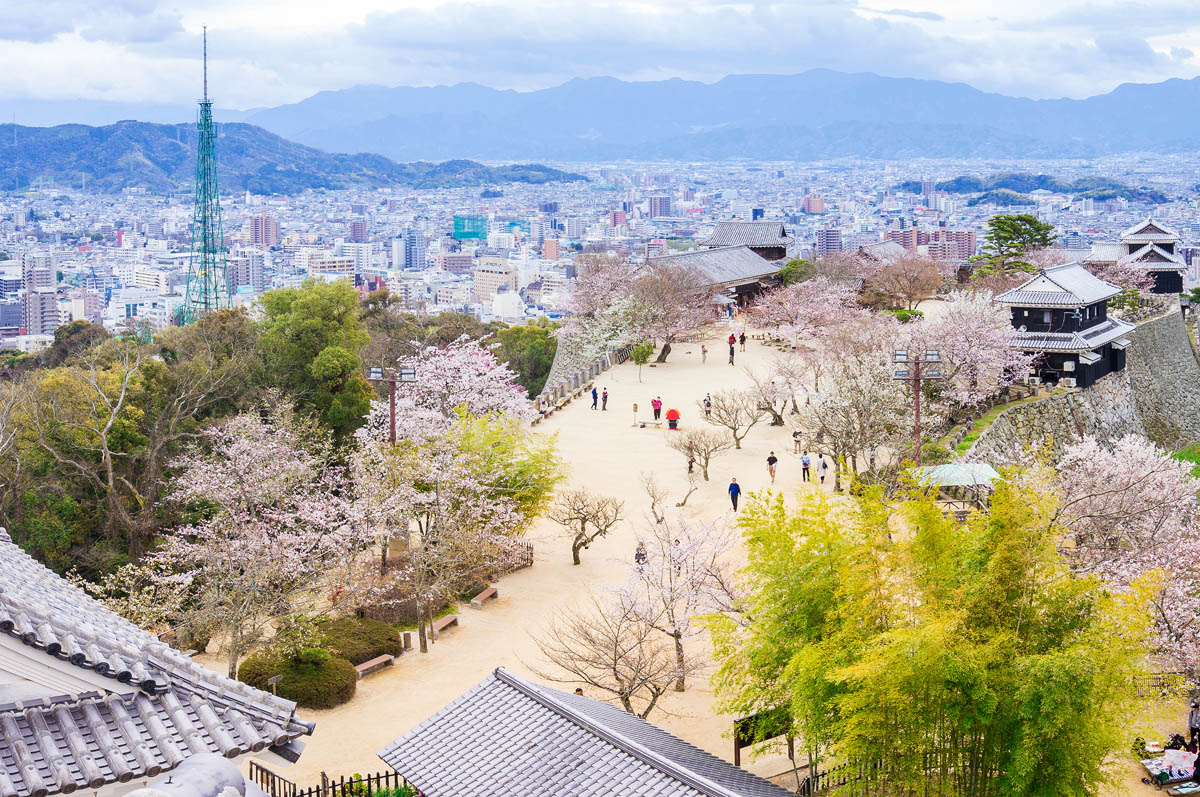 EVER hear of a place called Matsuyama? No, neither had I until it appeared on the itinerary for this trip to Japan with Jetstar.

The low-cost carrier had arranged for a group of travel writers to see some of regional Japan after completing the airline’s inaugural flight from Melbourne to Tokyo, and had flown the group to one of the 10 destinations its Japanese affiliate serves from Narita.

Matsuyama is on the coast of Shikoku Island across the Seto Inland Sea from Hiroshima and, as we descend at the end of the easy 90-minute flight, I can see peninsulas and ports below with ships of every shape floating on the deep blue.

Traditional houses pack the valleys stretching back from the water, with streets stopping only when mountain slopes become too steep, and a patchwork of hillside paddocks show where intrepid farmers make the most of every centimetre to cultivate crops.

But there’s more than primary industry and maritime activity to this settlement, which moves at a reserved, bygone pace, offering a pretty picture of Japanese culture to travellers adventurous enough to venture off the tourist trail.

Matsuyama is home to the famed Dogo Onsen (below) said to be Japan’s oldest bathhouse, boasting a history dating back 3000 years.

The ornate pavilions were commissioned by Dogo’s first mayor in 1894 and built across three levels to make the most of hot springs that produce water celebrated for healing properties.

It’s worth doing a lap of the complex to appreciate the intricate architectural flourishes of the antique building before venturing inside. I share the footpaths and marketplace lanes with locals dressed in traditional yukata gowns making their way between nearby hotels and the steaming pools.

The bathhouse is busy in the late afternoon and early evening, but the ponds are open late, so plan an after-dinner dip to avoid the crowds.

Be sure to get a briefing on onsen etiquette – it involves getting naked – if it’s your first time in a Japanese bathhouse.

The streets around the onsen are worth investigating, with a collection of historic haunts – everything from significant shrines and temples to notable houses and museums, dotted around the streets of Matsuyama’s Dogo neighbourhood and no more than a 10-minute walk from the bathhouse.

Fountains are scattered about where heated spring water gurgles to the surface, and travellers are encouraged to remove shoes and socks for a restorative foot soak after they explore the quaint streets.

Just outside the zone is the Ishite Temple with the assorted halls, gates and pagodas that make up this Buddhist sanctuary almost hidden in the woods at the base of another hill 1400m from Dogo Onsen.

While the temple is important in its own right – it’s known as the “stone hand temple’’ and plays a starring role in a local fable about the reincarnation of an aristocrat – it is also the 51st stop on Shikoku’s 88 Temple Pilgrimage, with worshippers dressed in white robes visiting to pay tribute to recently deceased relatives.

We stand in a quiet corner of the garden, watching an old couple hiding below conical hats steady themselves with sturdy walking sticks as they climb the steps to the main tower that’s now considered to be a national treasure.

The head monk explains why pilgrims undertake the marathon journey.

“When someone loses a husband or son they feel sad, so they walk this path to pay tribute and make up for that sadness,’’ the elder explains as he twists a worn string of prayer beads between his fingers.

“They wear white because that is the colour people wear in Japan when they have a friend or relative die.

“And they come here to listen to the sounds of calm and make their mind pure.’’

• THIS STORY ORIGINALLY APPEARED IN ESCAPE ON SUNDAY, OCTOBER 5, 2014 •