I AM standing in the middle of a city that has a population greater than Australia’s.

The Chinese capital has 16 districts and 20 subway lines, six multi-lane ring roads cutting through the city and suburbs, 26 million people living shoulder to shoulder, and nine million cars already on the streets, with another five million drivers holding the paperwork necessary to buy their first four-wheeled vehicle. 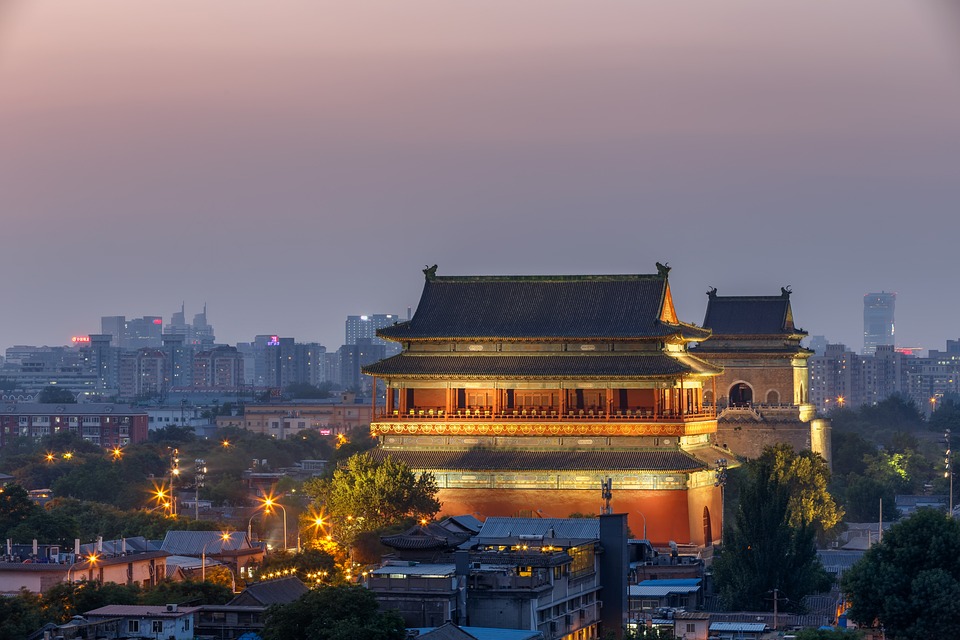 The roads are constantly jammed with traffic, the footpaths crammed with people and the mechanical sounds of the city combine to create an urban cacophony that never falls silent.

But in a metropolis rocketing towards the future, with a skyline changing by the week as new apartment towers are constructed to accommodate a population keen to embrace the delights of modern living, there are still a few hidden corners where tradition rules.

Beijing is home to the hutong, intimate single-storey dwellings where several families live behind the wall of a cramped compound to share a kitchen or courtyard garden.

These enclaves are slowly disappearing but there are still a few neighbourhoods where visitors are welcome to wander.

While the modern meaning of the word “hutong’’ refers to the narrow lanes and alleys that snake through these bygone settlements, the phrase was originally brought to Beijing by the Mongolian rulers during the Yuan Dynasty in the 13th and 14th century.

The Mongolians valued water, dropping a well or “hutong’’ in every community extending away from the emperor’s digs inside the Forbidden City, with residents building a wall around the cluster of dwellings flanking the well with narrow paths to link the multi-family estates.

At the end of the Yuan Dynasty in 1368, there were 29 hutongs in Beijing, arranged according to the residents’ professions or connection to royalty, with the number swelling to 1070 enclaves at the close of the Ming Dynasty in 1644 and 2076 when the Qing Dynasty fell in 1911.

City records show the number bulged to 3250 in 1949, but the popularity of the hutong began to decline with only 1500 standing in 2003 and dropping to 1000 at last count when the government stepped in to conserve the cultural gem by limiting development and improving living conditions. 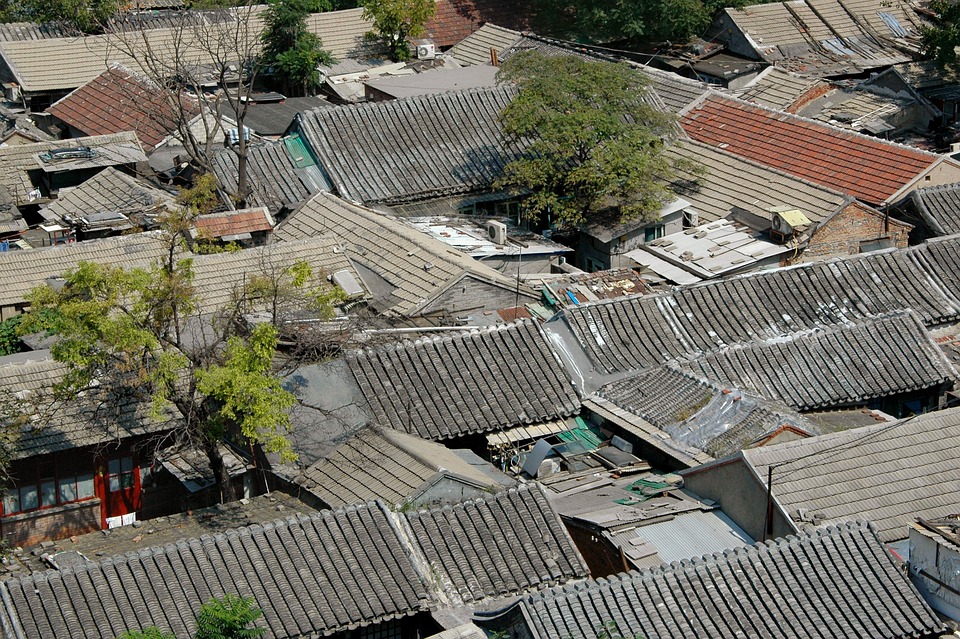 I’m visiting one courtyard in one Beijing hutong with the 18 other travellers on my SNA Tours’ 14-day expedition around China’s ancient capitals, and we have settled into Liu’s living room to enjoy a home-cooked lunch prepared by his wife and hear stories of life in a place his family has occupied for eight generations.

He tells us about life under Chairman Mao – there’s a white bust of the leader in the room, with a patriotic red scarf tied around the statue’s neck – and how the couple would rise in the middle of the night and troop into Tiananmen Square when loudspeakers woke them to announce the leader was ready to make a nocturnal speech.

He proudly talks about his son the chef and the daughter-in-law expecting a baby that will take the family number to five, his years working in a food factory after the Cultural Revolution, and his passion for breeding the crickets and grasshoppers that live in clay pots in the garden.

I count at least six other front doors in the Lius’ compound and the courtyard is cluttered by the sort of jumble hoarded by those who have experienced hard times and are reluctant to throw things away, with chickens pecking at the path, pigeons in a rooftop enclosure, and birds chortling in cages hanging from a skeletal tree.

Mr Liu tells us he would never consider abandoning the hutong for a new apartment because he loves his menagerie too much to move to a place without a garden, and he’s hoping the family will stay in the area for at least another generation, as his son recently expressed an interest in returning to the property.

After lunch we board a fleet of rickshaws – traditional Chinese transport with a driver pedalling a bike carrying passengers in a shaded seat on the back – for a spin through the 700-year-old hutong that sits in the shadows of the capital’s historic Drum Tower.

The driver pedals past the fort-like walls and red front doors that mark the entrance to each compound and around neighbourhood matriarchs out for a late-afternoon stroll to buy fresh provisions for dinner or just gossip while corralling toddling grandchildren.

We see men crowding above game boards to move pieces marked by Chinese characters, shopkeepers perched on low wooden stools outside shops selling everything from plastic buckets and sacks of rice to bags of nappies and bottles of soy sauce, and rustic cafes with chefs labouring over cooking fires on the footpath. 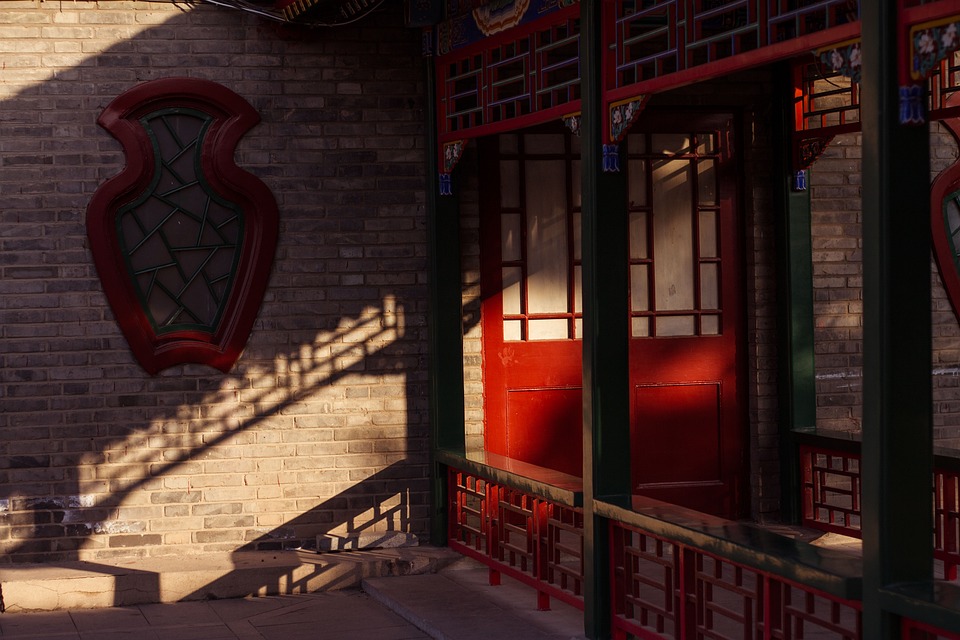 “This hutong is 700 years old, so when you come inside you find that it is very different to life outside in the newer parts of the city,’’ our hutong guide explains as we explore the congested roads.

“We are near Houhai Lake and still inside the second ring road, so this is the old part of Beijing and one of the busiest parts of the city, but it is quiet inside the hutong and not busy at all with people doing business.

“It doesn’t look very well but the hutong has a culture and traditions you can’t find outside, the people move very fast when they leave the hutong but when they return here they move slowly and everything is peaceful again.’’ 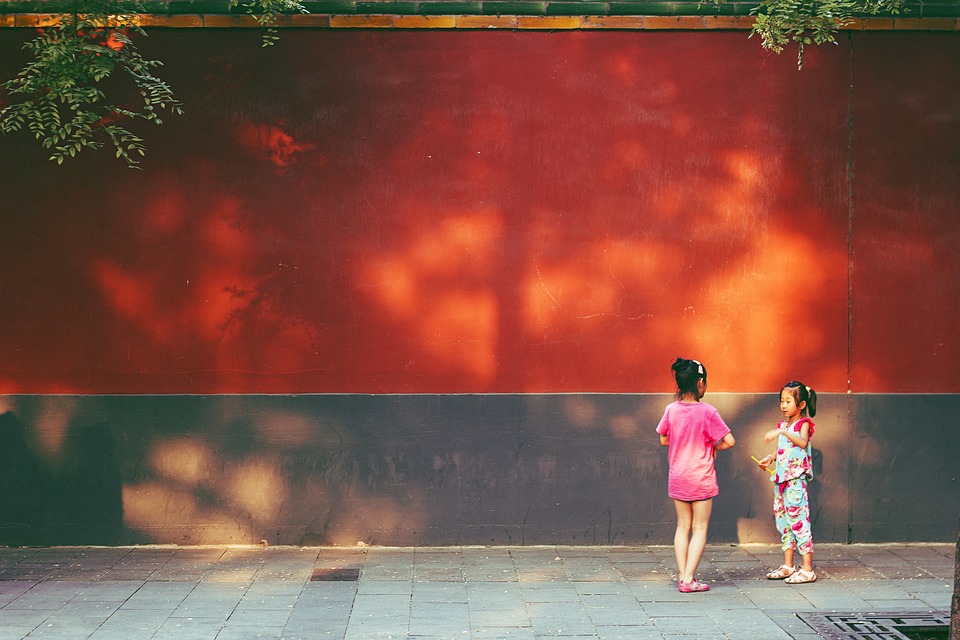 Those keen on doing a self-guided stroll through Beijing’s hutongs should head to Nanluogu Xiang then detour left and right into the lanes that mark the blocks between Di’anmen Dongdajie and Gulou Dongdajie.

SNA Tours offers an exclusive excursion into a Beijing hutong as part of the Ancient Capitals of China itinerary, an escorted 10-day trip that begins in Xian and ends in the nation’s capital.

The website OurDeal Escape is the place to find the best SNA Tours’ deals. As an Escape special offer, you can save up to 54 per cent off the price, $1799 a person. Secure your trip with a deposit for your preferred package from just $199 – and pay the remaining balance no less than 90 days prior to departure date.

• THIS STORY ORIGINALLY APPEARED IN ESCAPE ON SUNDAY, NOVEMBER 9, 2011 •