IT is only when someone starts reciting facts and figures that I begin to comprehend how vast Chinese cities are.

Take the prosperous metropolis of Chongqing, which is roughly halfway between Shanghai and the Tibetan capital of Lhasa on the Yangtze River.

I can tell it’s a sprawling city, as rows of apartment towers stretch back from the riverbank and disappear into the early-morning smog, but it’s not until the SNA Tours’ local guide Michael explains that Chongqing is China’s biggest settlement by both population and geography that I realise I’m one very little fish in one gigantic pond. 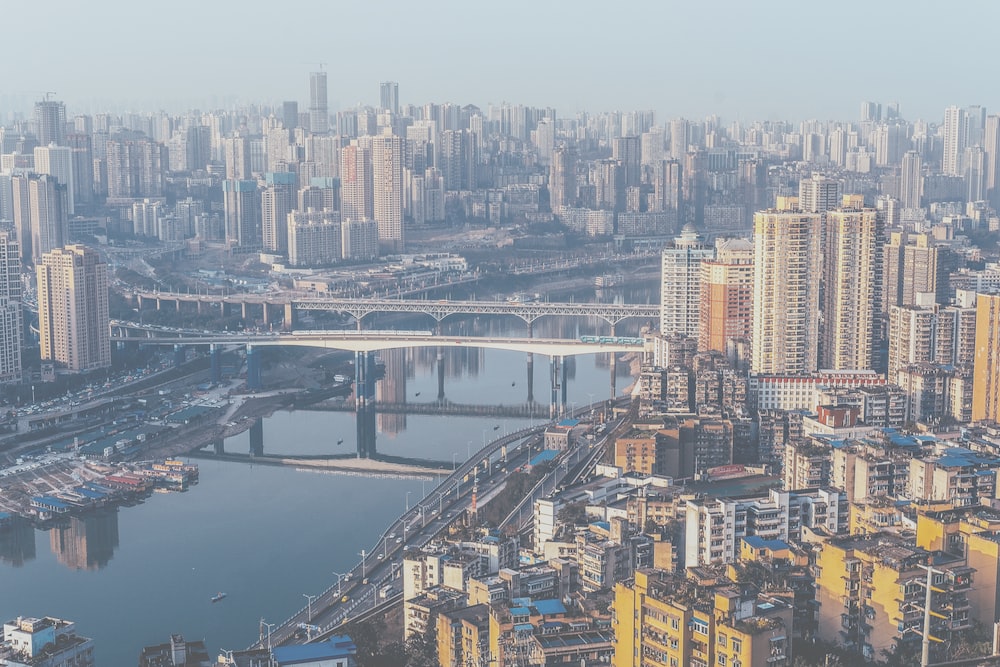 “The locals call Chongqing the ‘mountain city’ and not many people own a bicycle, you don’t tend to ride a bicycle, but a bicycle rides you as you spend so much time carrying it up hill, and there are 300 new cars on the road every day.”

Michael says his home town has come a long way in a short time, thanks to the neighbouring Three Gorges Dam.

With so much emphasis put on the region in the past few decades the city was taken out of the neighbouring Sichuan Provence in 1997 and made an independent municipality. 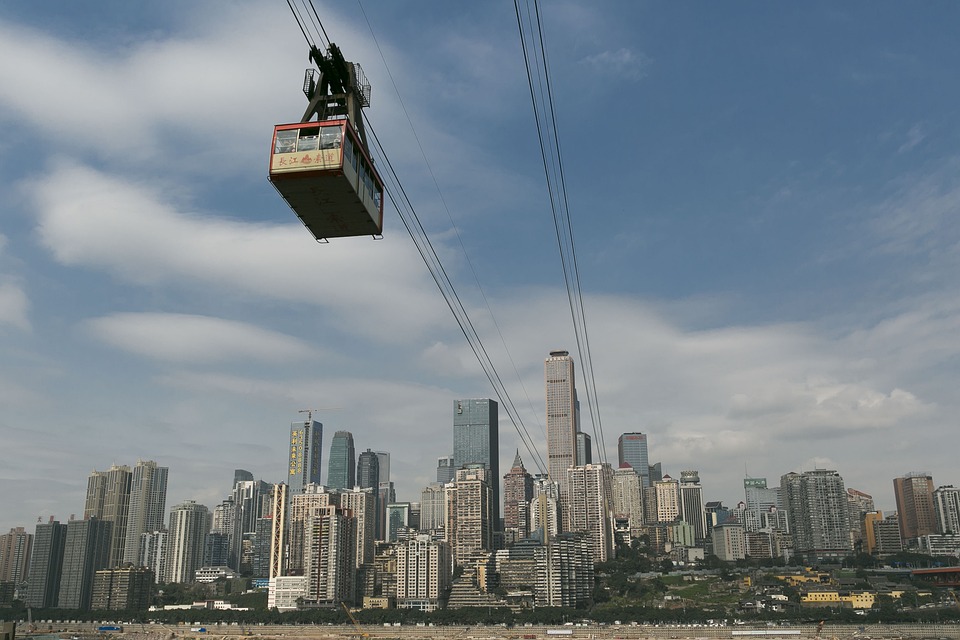 “We are not part of Sichuan Provence anymore but it is still part of our culture and we speak the Sichuan dialect and eat Sichuan food,” he says.

“Chongqing was also the first place in China to open to foreign capital in the 1980s and now we have Ford, Volvo, Mazda, and Suzuki factories and we are the biggest industrial city in the upper reaches of the Yangtze River.”

Michael says Chongqing has a 73m-tall Buddha that is so big four people can sit on his toe and play mah-jong, a dam built 2000 years ago to irrigate rice fields, and a panda sanctuary.

I arrive in Chongqing on a steamy Sunday morning at the end of a four-night cruise along the Yangtze River, part of SNA Tours’ two-week expedition to China’s ancient capitals, and we head directly to the Great Hall of the People known locally as City Hall.

A circular cupola-like tower sits at the centre of the ornate hilltop building, with two wings stretching away from the stairs that climb from the square below. 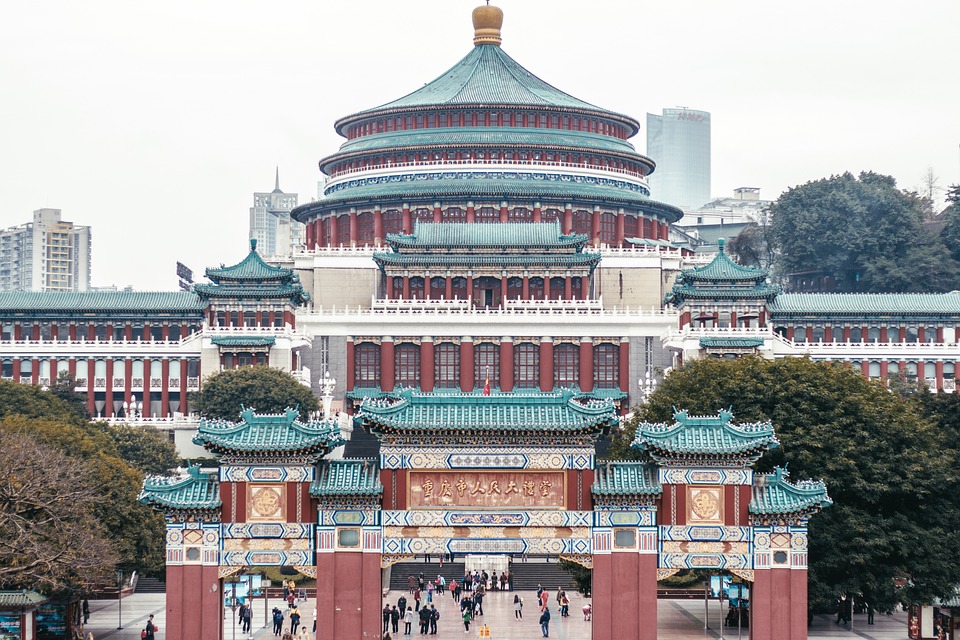 Intricately painted details that define traditional Chinese architecture decorate every surface from the bottom of the doors to the tip of the curved dome.

While Michael is keen for us to admire the city’s architectural marvel, our group of inquisitive Australian travellers heads in the other direction, descending into a square.

A large group of ladies engage in an activity that falls somewhere between line and ballroom dancing and another band of women bends and stretches while wielding long sticks decorated with red ribbons and bells.

Another cluster bounces around waving red and yellow hankies and, at opposite ends of the square, two lots of people practice tai chi.

Chongqing’s City Hall was built in 1954 as the settlement’s centre of power and while the elevated precinct was initially off limits to everyone but “high officials’” it’s now open to ordinary people with the politicians and public servants relegated to a less flamboyant structure across the square.

Our next stop is another of the riparian city’s historic buildings and Michael explains the attraction he calls “Chongqing’s Chinatown” is more than 300 years old and was built in the wake of several civil wars that dramatically depleted the local population.

Only 10 per cent of Chongqing’s population was left and the emperor wanted to restore vitality into the city, so he encouraged people from other parts of China to move there.

The new residents built their own community centres, a place for the migrants to meet. There is a temple there is no one religion associated with the place.

“The people who come here now tie colourful ribbons on the stairs to make a wish and the ribbons tied to the stone lions outside the temple are wishing for good luck,” says compound guide Jesse.

“Those who tie ribbons on the pomegranate tree are wishing for more children but, as you can see, that’s not a very popular wish because of China’s one-child policy.”

Jessie pauses a couple of times during our wander through the pavilions to point out the contrast between new and old – the span of a futuristic bridge above an ancient tile roof, the balconies of a modern building beside wooden windows carved centuries ago.

“Here you can see buildings from three dynasties,” she says as we stand below the branches of a sprawling banyan tree and peer above the bowed tiles on the temple roof to two modern structures looming above.

“This building is from the Qing Dynasty, the buildings with the green sides is from the Mao Dynasty, and the tall apartment tower behind that is from the ‘Now’ Dynasty. 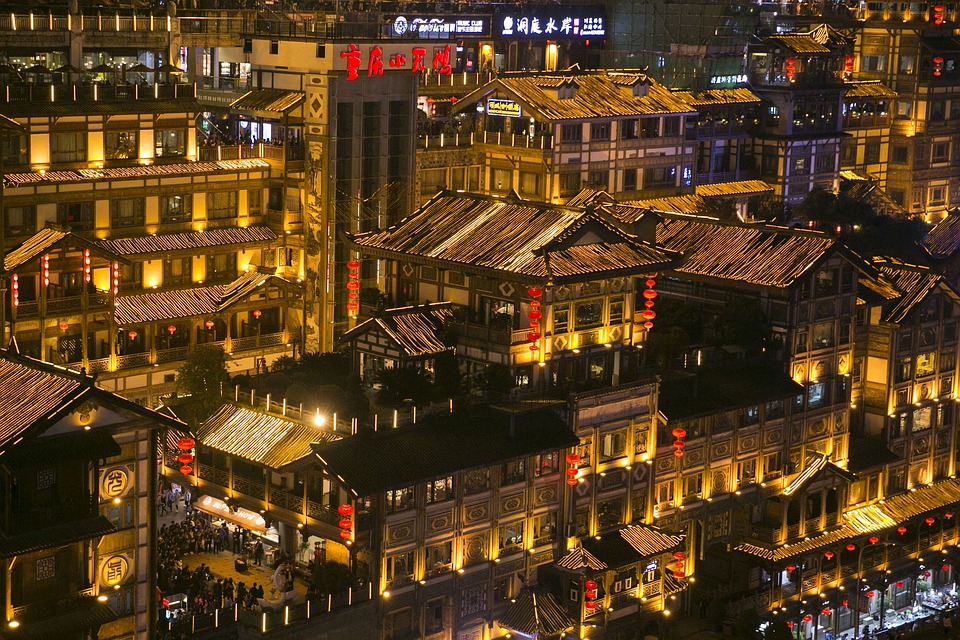 → The writer travelled as a guest of SNA Tours

Chongqing – or Chongking as it was previously known – is home to a selection of modern western-style hotels with China Southern and China Eastern offering flights to the city from several Australian capitals.

SNA Tours’ visits Chongqing as part of the Ancient Capitals of China & Yangtze River Cruise itinerary, an escorted 14-day expedition that starts in Xian and stops in Luoyang and Beijing before boarding the Yangtze Gold Seven, with the website OurDeal Escape the place to find the best SNA Tours’ deals.

• THIS STORY ORIGINALLY APPEARED IN ESCAPE ON SUNDAY, DECEMBER 7, 2014 •