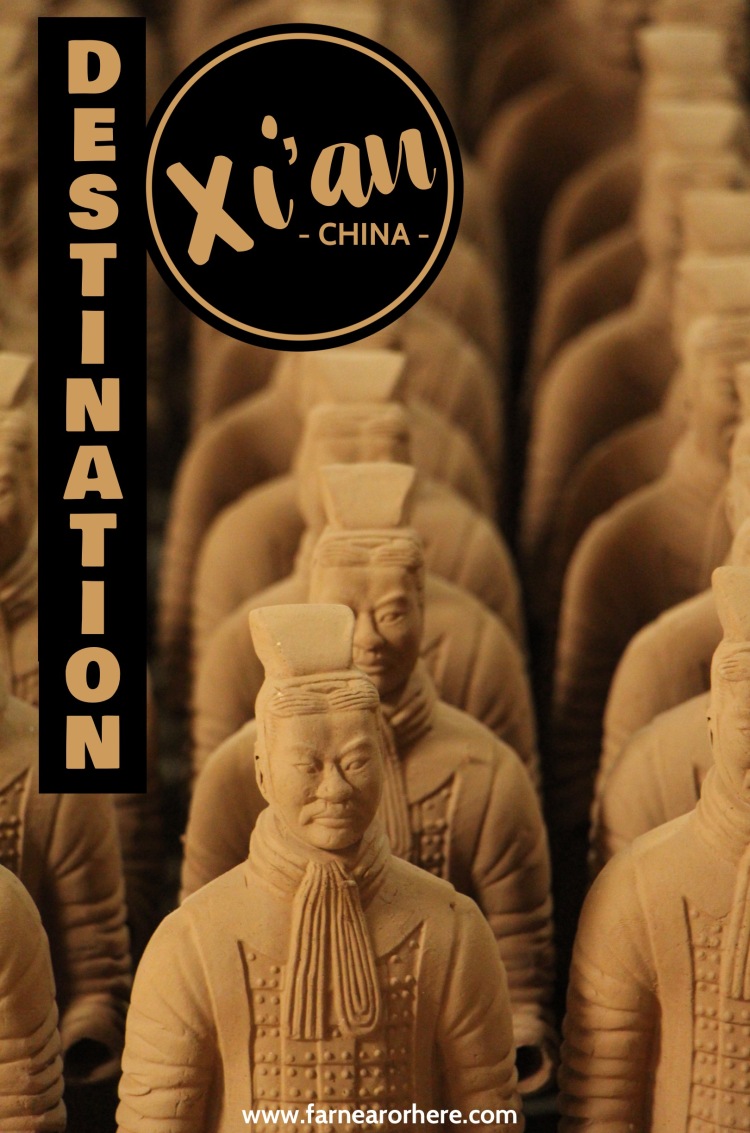 WHEN I was growing up, there were two miniature terracotta warriors standing on the chest of drawers in my parents’ bedroom.

Mum bought the tiny statues – not much larger than a TV remote control – when she took my brother and I to see an exhibition of ancient Chinese artefacts touring Melbourne in the late 1970s.

It wouldn’t have been long after a trio of Chinese farmers discovered the first of the now world-famous terracotta warriors on a property outside Xi’an in central China.

After all those years looking at my parent’s terracotta warriors – dubbed the entombed warriors – I finally get to see the real thing today on a tour of the World Heritage site that’s home to this terracotta army, assembled by China’s first emperor to defend his tomb.

Inside a vast hangar-like structure, built above a “pit’’ roughly the size of the MCG, stand 2000 retrieved and repaired soldiers with platoons of archers and cavalrymen created by a paranoid leader keen for silent soldiers to protect his soul in the afterlife. 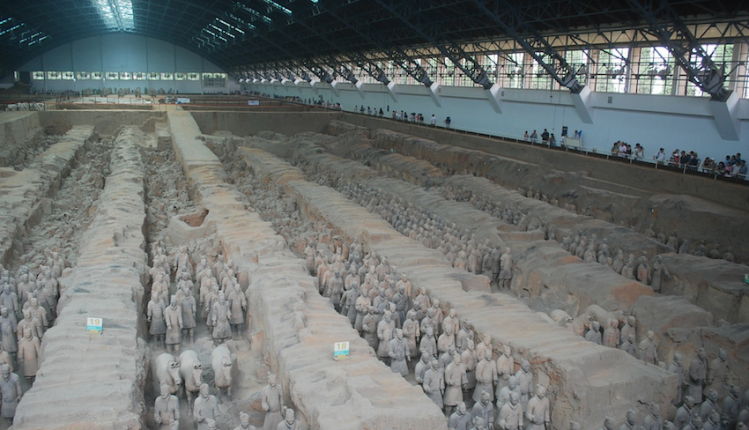 In the 40 years since the discovery, archeologists have exposed almost 8000 terracotta warriors and horses, with teams still chipping away at the rocklike soil in three separate trenches to reveal the pieces of many more of the stern statues.

“The first emperor of the first dynasty of China made two wonders in China, the Great Wall in Beijing and the terracotta army in Xi’an,’’ our SNA Tours guide explains.

“He believed that when the body dies the spirit survives, and he wanted an army to protect his soul after he died. It took 37 years to make the terracotta warriors and his tomb in a man-made mountain nearby.’’

While archeologists have restored thousands of the terracotta warriors, they are yet to find two that look the same, forcing the experts to conclude the craftsmen creating the statues in the third century BC were using members of the emperor’s real army as models.

“No two are alike; they all have different faces, and it gives us the chance to see what Chinese men from 200BC looked like,’’ notes our guide.

“The average size is seven foot (213cm) and the heaviest statue is 300kg, and at that time, the men were small and short, so that tells us the terracotta warriors were made to took taller than the real army to be more impressive.’’

My eyes drift between the figures. One has a scarf around its neck, another has a moustache, a third’s hair is braided.

The bulk of the 2000 warriors in the first pit, which is the largest of the three excavations on the site an hour from Xi’an, are assembled in formation near the hangar’s entrance and standing ready for battle in long lines that face the rising sun.

Near the centre of the crater, the pieces of more soldiers can be spotted emerging from the dirt walls, while towards the rear, statues stand in various stages of reconstruction, with the jigsaw-like pieces carefully placed in the correct order after being retrieved from the ground.

I make my way around the elevated boardwalk to study the emperor’s men.

Horses with ears pricked towards the sky and perfectly manicured manes stand between squads of stone troopers.

They wear heavy armoured vests over puffy garments that appear to give the statues bulk, and the ochre dirt adds a bronze hue to the baked grey terracotta.

The writer travellers as a guest of SNA Tours

SNA Tours’ visits the Terracotta Warriors as part of the Ancient Capitals of China & Yangtze River Cruise itinerary, an escorted 14-day expedition that starts in Xian and stops in Luoyang and Beijing before boarding the Yangtze Gold Seven, with the website OurDeal Escape the place to find the best SNA Tours’ deals.