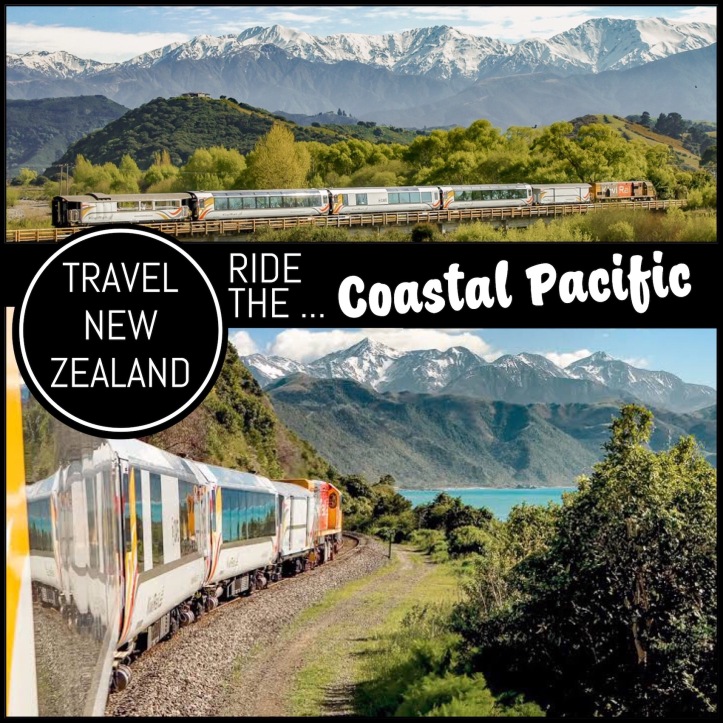 I HAVE never seen so many shades of green.

The bucolic vista filling my window has more tones than the green portion of a paint chart, with every hue from emerald and jade to mint, khaki and lime combining in a scene that deserves to be captured in a whimsical watercolour.

I’m so close to the hillside paddocks in this swath of fertile Waipara Valley farmland that I can pick out the individual shades of vegetation, from the olive clumps of dry grass sprouting around the bleached fenceposts to the vibrant teal blades growing beneath the feet of grazing sheep. 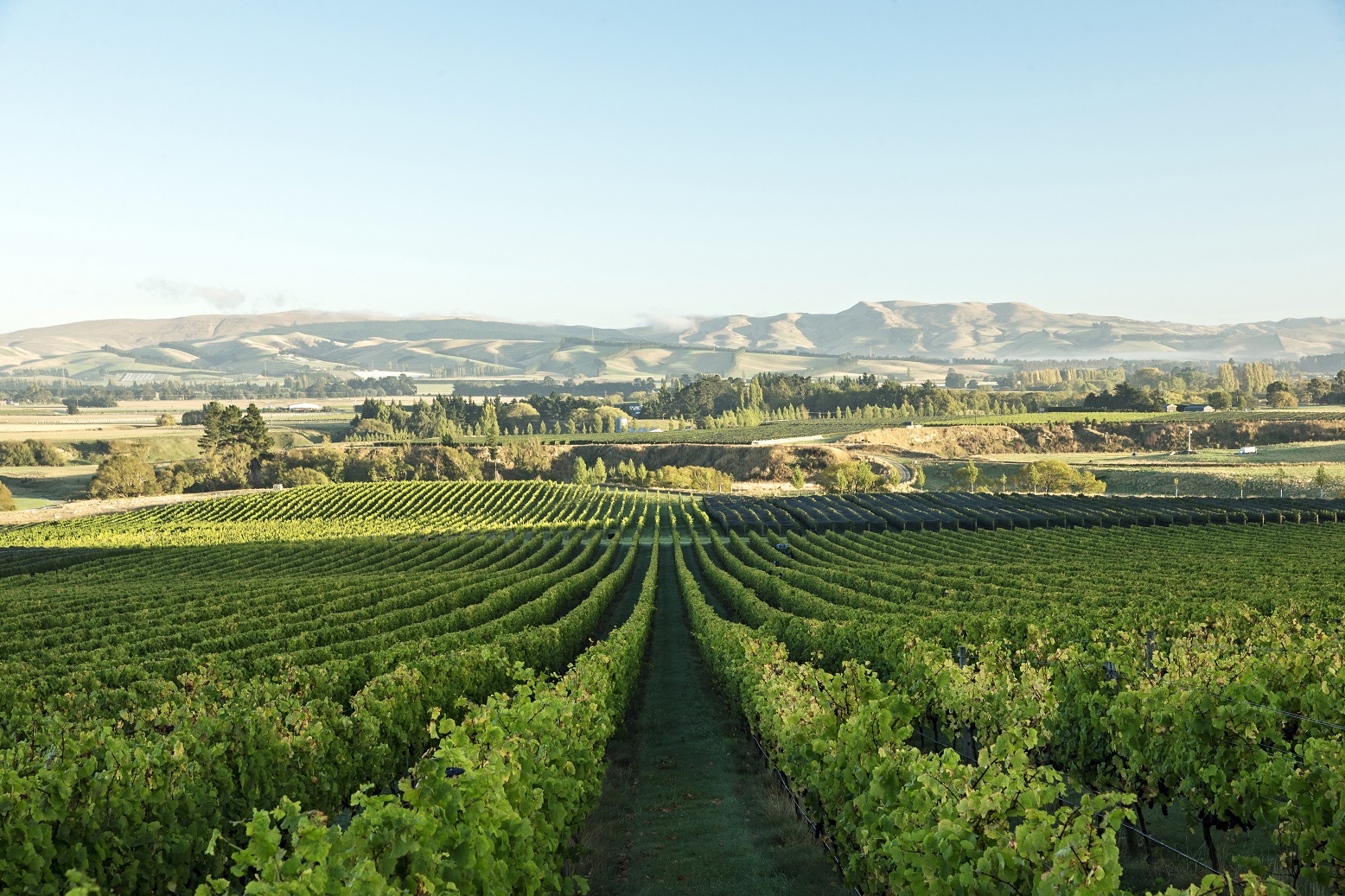 From my seat on the Coastal Pacific – the scenic train that travels between Christchurch and Picton on the east coast of New Zealand’s South Island – the shades outside the glass are so vibrant it looks like the rolling hills are hiding below an oversized sheet of the fabric used to create Kermit the Frog.

Were I making this journey by road, perched behind a wheel concentrating, I wouldn’t notice the subtleties in this marvellous palette of colours.

We pass beaches covered by stones weathered a handsome gunmetal grey, sand that looks like saffron powder, pastures bursting with wildflowers that drop a carpet of blushing pink to the ground, vintage churches with weathered boards painted the shade of snow and an old barn dressed a fetching fire-engine red.

The Coastal Pacific breezes between paddocks dotted with hay bales the colour of honey, hills turning a buttercup yellow by delicate blooms blossoming on the steep slopes, and the native grass on a riverbank takes on a shimmering caramel lustre as it dances in gusts swooping down from the mountains. 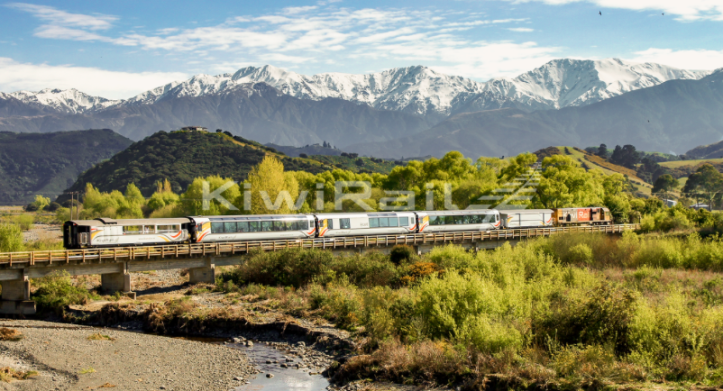 The full journey takes a little over five hours, beginning and ending in pastoral land that’s home to farms and vineyards, with the middle section following the coast in the shadows of a mighty mountain range but I break the journey for a one-night stop in Kaikoura to go whale- watching and stay in a luxury treehouse at Hapuku Lodge.

Some of my fellow passengers are also lingering in Kaikoura but they will only visit for a few hours and catch the train back to Christchurch in the afternoon, when it makes the return journey from the Marlborough Sounds to the South Island city.

But even those not disembarking in Kaikoura indulge in a spot of wildlife-watching from the carriages as the train follows the lazy curves of the scallop-shaped bays. 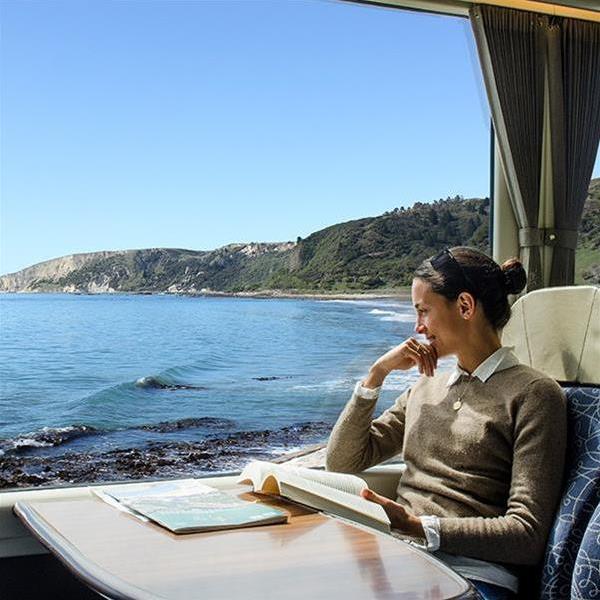 We see a whale lolling on the surface before the flick of a tail propels it into a dive, watch a playful pod of Hector’s dolphins racing the waves and spy an army of NZ fur seals near Ohau Point, some baking on the rocks, others frolicking.

The Department of Conservation says there are 50,000 New Zealand fur seals in the wild – down from the two million in the years before the sealing industry took hold in the 19th century – with thousands coming ashore at Ohau Point during breeding season to leave their pups safely at the waterfall when they go fishing.

The audio guide that accompanies the journey talks about ships wrecked on this stretch of coast, unlucky sailors and fortune-seeking captains, the colonial industries that grew as European pioneers settled the area, geology and geography, and the wine produced from the hectares of vineyards.

We cross the Clarence River, flowing fast with chalky melt water sourced high in the Kaikoura Range, and see the snow-capped peaks where Sir Edmund Hillary trained for his 1953 assault on Mt Everest.

It’s at this point in the journey north that the Coastal Pacific crosses from Canterbury to Marlborough and leaves the picturesque maritime scenery to venture into the rich agricultural land that has become a haven for the country’s grape growers.

Flocks of sheep shelter in the shade below scrawny shrubs, architectural flourishes give away the vintage of smart farm buildings constructed across the decades, rickety fences twist around paddocks, and orderly rows of vines stretch towards the horizon.

The train pauses in Blenheim which – according to the voice in my headphones – is New Zealand’s sunniest settlement, with 2500 hours of blue sky every year, before drifting into waterside Picton at lunchtime. 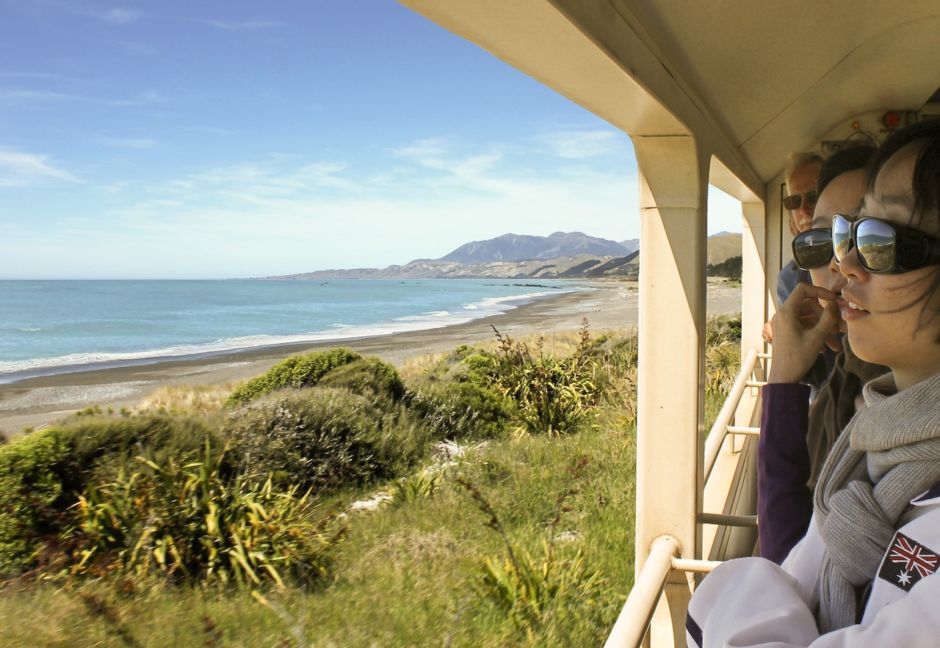 KiwiRail’s Coastal Pacific runs through the South Island’s northeast coast from September until May, leaving Christchurch for the journey north at 7am and departing Picton for the return journey at 1pm.

The Coastal Pacific meets the Interislander ferry MV Kaitaki — the ship travels to and from Wellington across the Cook Strait — with guests combining a rail and boat journey able to check luggage through to their final destination.

Hapuku Lodge, 12km north of Kaikoura on State Highway One, is a member of the Luxury Lodges of New Zealand. 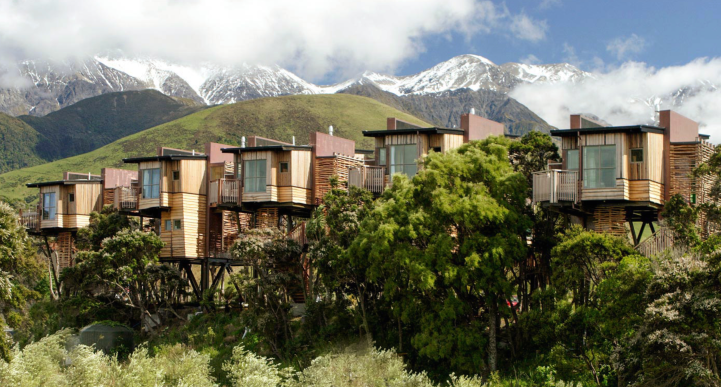 • THIS STORY ORIGINALLY APPEARED IN ESCAPE ON SUNDAY, FEBRUARY 1, 2015 • 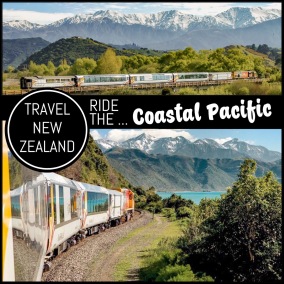