IN Japan the locals I meet are reluctant to talk about private matters such as marital status and offspring yet they’re completely at ease getting naked to soak in a pool of scalding spring water with assorted associates and neighbours.

This is a land where it’s considered rude to chatter on a mobile phone while riding a train, with commuters on the Tokyo subway asked to switch telephone to “manners mode’’ before descending to a station, but where cigarettes and alcohol are sold in vending machines on street corners.

Tokyo is the capital of contradiction where traditional conventions clash with modern ways, and it’s no more evident than in the capital’s lively Harajuku neighbourhood.

The hectic precinct, and especially the main drag Omotesando (below) — stretching from Meiji Jingu to the Nezu Museum — bounces between the decades, offering travellers the chance to see the opposing forces of Japanese life in one tourist-friendly zone.

I’m exploring with Momoko Ono — Memo is the founding president of Japan’s chapter of the prestigious Les Clef d’Or association for hotel concierges — who explains the suburb is the ideal destination for Australian visitors to experience a slice of Japanese life.

“You could easily spend half a day in this district just exploring the area,’’ Momo says as we stride along a congested footpath.

“Omotesando and Aoyama are modern and sophisticated, with trendy high-end boutiques like Louis Vuitton and Gucci, while also having a traditional side that’s not hard to see.

“There is some very modern architecture here, like the Prada and Cartier stores near Omotesando Station, and the Nezu Museum, which is a place travellers should visit if they’re interested in traditional Japanese art and calligraphy.’’

There are so many lunchtime options in this part of town that we are spoiled for choice — from teriyaki to fried pork cutlets, and the local favourite Heiroku Sushi — but every Tokyo food blog we’ve seen says Harajuku Gyoza Ro (below) is the place to go.

The lane leading the restaurant is narrow; we walk single file past cafes packed with locals feasting on everything noodles, broth and unusual mushroom creations.

Dumplings fill the menu and, after being shown to a table in the window, we settle on an assortment of steamed and grilled parcels with pitchers of local beer. It’s so good we order a second round after polishing off the first serve. 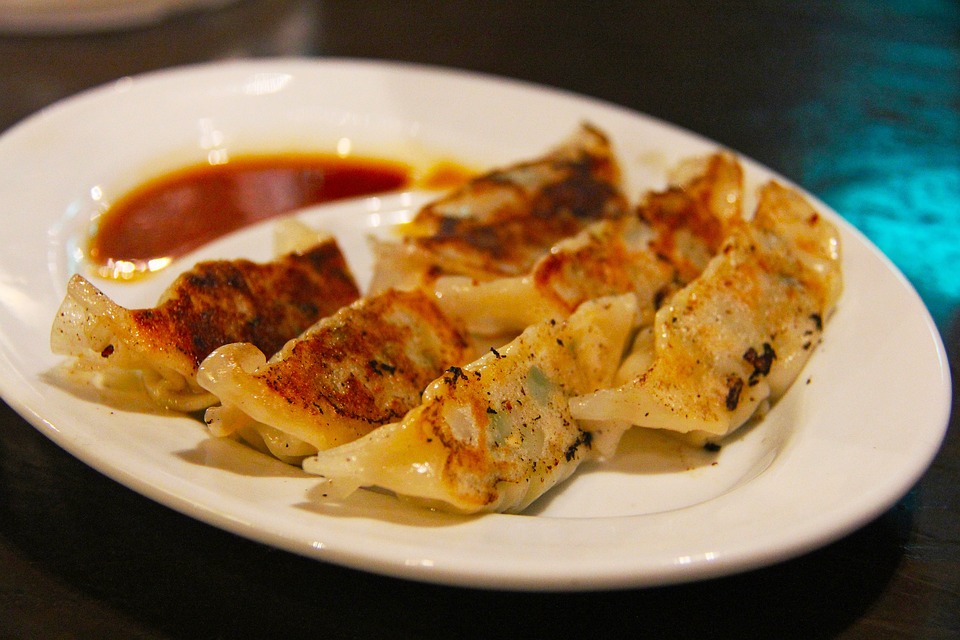 We occupy the table for more than an hour, while locals on lunch breaks dart in and perch on a stool at the kitchen-side bar before scoffing down a bowl and a beer, and upon spying the long queue at the door it dawns that it’s time to keep moving.

We leave the main road for nearby Urahara, an alley that’s home to innovative fashions sold in the edgy boutiques of aspiring designers, and wander along nearby Takeshita-dori.

It isn’t merely a catwalk for Tokyo’s trendiest teenagers to parade their smartest duds, but a place for tourists to buy budget souvenirs.

After dodging pedestrians in the busy lanes we leave the crowds and disappear into the gardens that surround Meiji Jingu (below), celebrated as Tokyo’s most elegant Shinto shrine.

Wild woodlands feature 120,000 trees collected from around Japan’s 6852 islands. Winding footpaths and peaceful pavilions provide locals a sanctuary in the middle of a buzzing city.

Meiji Jingu was constructed in the 1920s but rebuilt in the 1950s after many of the precious structures were damaged and destroyed during World War II air raids, with the renovation strictly supervised to maintain authenticity.

It’s not unusual to see bridal parties parading the grounds, a traditional procession of bride and groom in formal robes guided by a gaggle of Shinto leaders, but the only people we see in colourful costumes today are children celebrating significant birthdays.

I see a little girl wearing a delicate pink kimono, having a birthday photo snapped with smiling grandparents. Her fingernails are painted bright red, and she clutches a toy mobile phone.

In Harajuku, where the contemporary and classic collide, a teen with a toy mobile phone doesn’t rate a second glance.

→ The writer was a guest of Jetstar

• THIS STORY ORIGINALLY APPEARED IN ESCAPE ON SUNDAY, JANUARY 8, 2015 •