THERE’S a trend in Melbourne – well, a mini trend, at least – with the Victorian capital’s newest hotels moving into territory that once served a different purpose.

The shiny new Sheraton Melbourne Hotel (below) sits on the Little Collins St site of the bygone Naval and Military Club, a 127-year-old institution that once counted Sir John Monash as a member, while The Larwill Studio occupies a surplus wing of the Royal Children’s Hospital in Flemington Rd.

But Melbourne isn’t the only destination repurposing blocks and buildings, with travellers staying in everything from an old water tank to former military headquarters as they get around the globe.

1. Suites at Tasmania’s new Pumphouse Point (below) occupy two industrial buildings built in the 1930s to serve the state’s hydroelectric scheme, with guests able to select from rooms in the Pumphouse – at the end of a 270m pier stretching towards the middle of Lake St Clair – or the Shorehouse on dry land nearby. 2. Budapest’s Four Seasons Gresham Palace, a stone’s throw from the Danube and Chain Bridge, is an Art Nouveau masterpiece built in 1906 to serve as an office buildings with apartments for senior staff before it became a barracks for Soviet troops then restored to its former glory at the end of the Cold War.

3. A five-year renovation that cost $150 million turned Boston’s notorious Charles Street Jail – a structure completed in 1851 now considered to be a perfect example of New England’s “granite style” architecture – into the chic Liberty Hotel (below) with a swag of “original” features. 4. Another Boston property with an intriguing past in the Langham Hotel, with this stately residence built in the 1920s as quarters for the city’s branch of the Federal Reserve Bank now home to a trendy bar that serves beverages in the old vault.

5. Two opulent Belmond inns in Cusco – the Peruvian settlement that’s a gateway to the Sacred Valley and Machu Picchu – occupy former religious sanctuaries, with the Hotel Monasterio (below) in a monastery that dates back to the 16th century and the Palacio Nazarenas right next door in a retired convent of similar vintage.

6. The Old Government House Hotel & Spa on Guernsey has been a hotel since the 1800s but it served as the island administrator’s official residence from 1796 to 1858 and the German Army’s headquarters between 1940 and 1945 when the invaders occupied the English Channel port.

7. Singapore’s Hotel Fort Canning (below) is another address boasting military roots with this colonial abode – it’s worth staying just to see the smart inside-out bathrooms – home to both British and Japanese army commanders during World War II.

8. The German city of Hamburg – a destination that is popular with Aussies travellers cruising to Scandinavia and the Baltic – is home to the Movenpick Hotel where a selection of the 226 guestrooms sit within the walls of a decommissioned water tower.

9. Ratua Private Island defines barefoot luxury, with this destination, a short boat ride from the international airport on neighbouring Espiritu Santo, accommodating guests in 200-year-old huts that previously stood in remote Indonesia villages before being meticulously dismantled and shipped to Vanuatu. 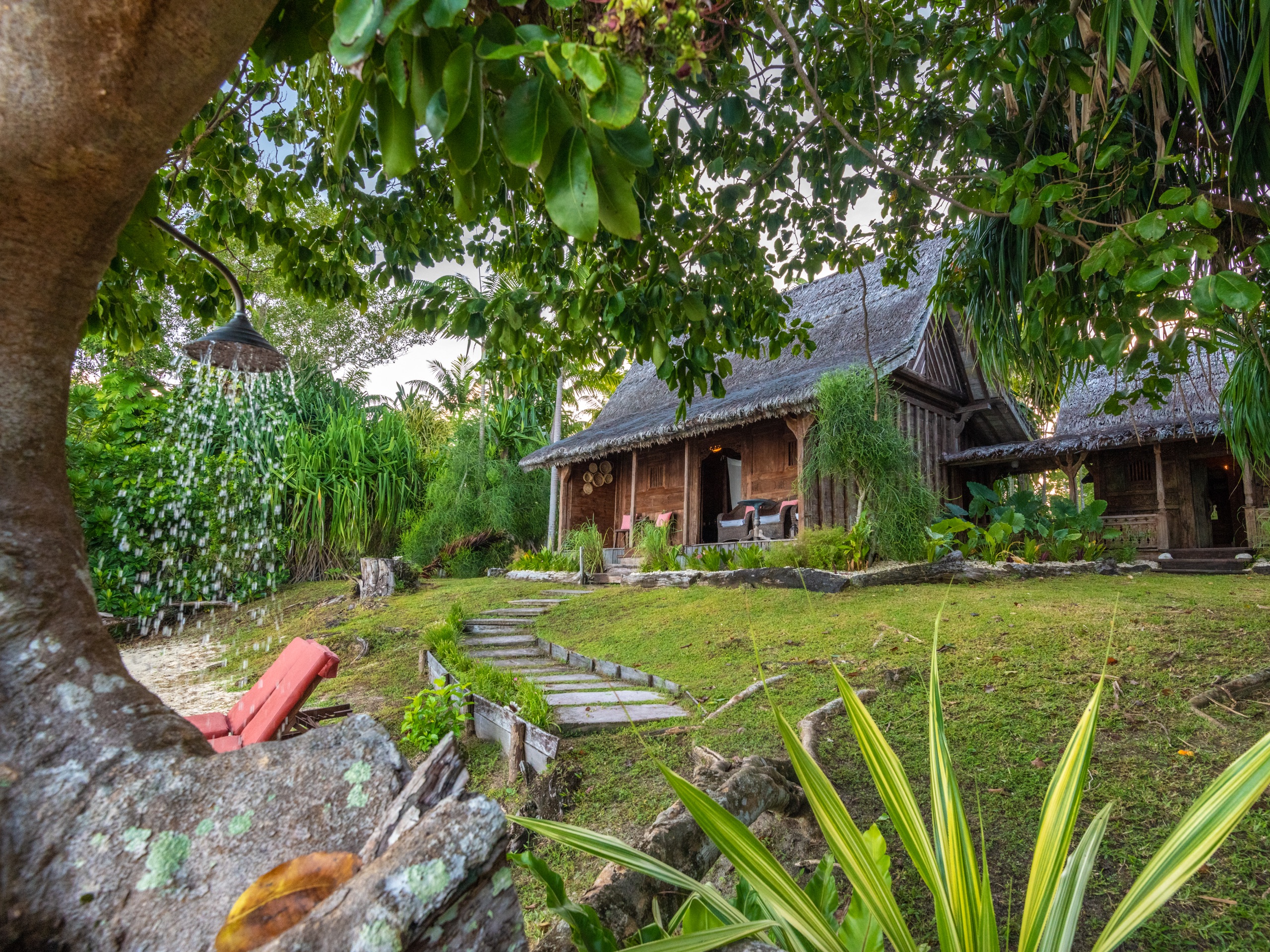