SAIGON – yes, that’s right, Saigon, only government officials and neophyte tourists call it Ho Chi Minh City – is Vietnam’s high-octane settlement and a place that manages to be brash and brassy while retaining a traditional simplicity.

This metropolis of eight million people is divided into 24 districts, but it’s District 1, between the Saigon River and Reunification Palace, that marks the heart of the place and the obvious site for travellers seeking a serve of culture shock to make a base. 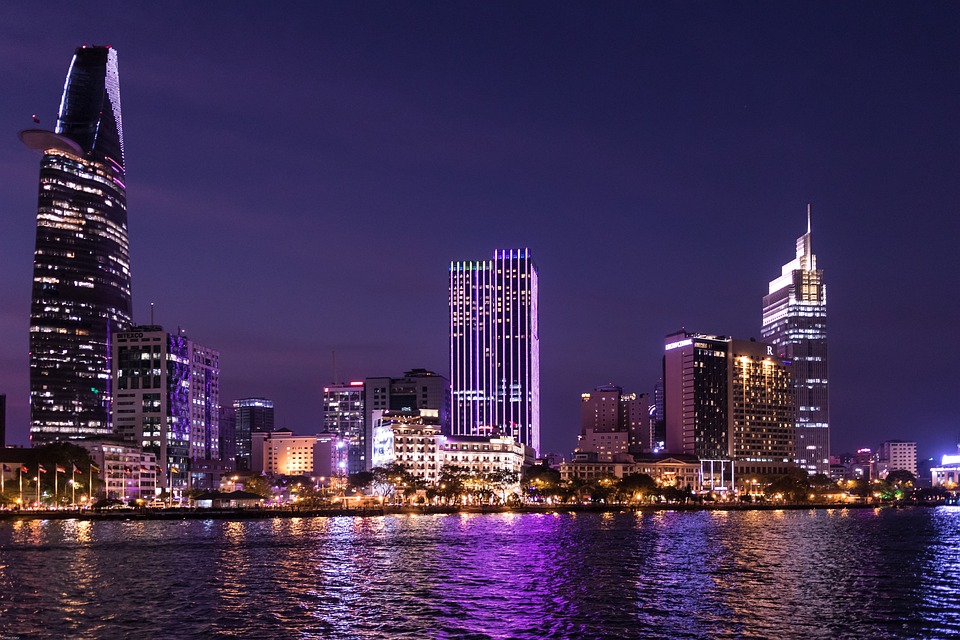 Vietnam Airlines offers daily direct flights to Saigon from Sydney and Melbourne, with flying time less than nine hours, while Jetstar or a combination of Jetstar and Qantas run two-flight options from five Australian mainland capitals through Singapore or Bangkok.

When should I visit?

Saigon sits on the 10th line of latitude north of the equator, which makes the weather reliably hot and humid, but those chasing clear skies should book between December and April when days are dependably dry.

The weather is hottest between March and May when thermometers spike into the high-30s and humidity is heavy, December is a whisper cooler than other months, and the wet season hits between May and October, but thunderstorms generally strike Saigon in the afternoon and pass quickly. 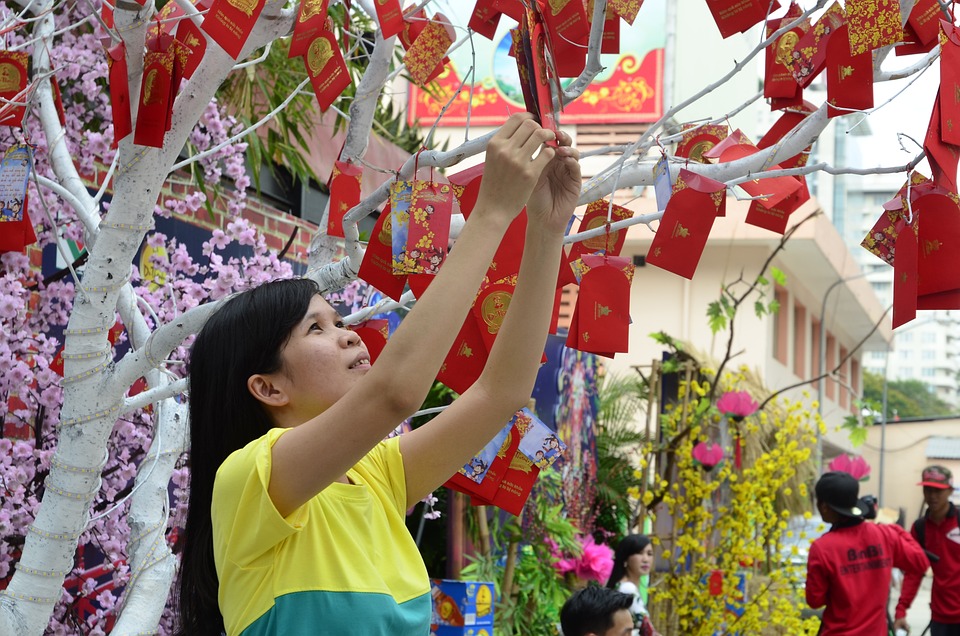 How can I get into town from the airport?

Tan Son Nhat Airport is 6km from Saigon’s District 1, but traffic congestion means the journey takes anything from 30 minutes to an hour.

Hotels will schedule a car to meet guests at arrivals – the Caravelle Saigon offers one-way transfers in a Mercedes with Wi-Fi, bottled water and cold towels for $US55 ($A71) – while metered taxis from Vinasun or Mai Linh charge about $US12.

Tan Son Nhat is a busy airport, with more than 600 international flights coming and going every week, and crowds swarm around the arrivals terminal, so be prepared for bustle as soon as you exit.

Those with a passion for historic hotels are well served with the Caravelle Saigon, Rex Hotel, Hotel Majestic and Grand Hotel, all constructed during decades of French occupation – between 1880 and 1960 – and recently renovated to offer old-style elegance in the heart of the city.

The Norfolk Hotel and New World Hotel are pleasant properties close to Ben Thanh Market, the Le Duy Hotel and Continental are more affordable choices, and both The Alcove Library Hotel and Villa Song appeal to those seeking a boutique stay outside District 1.

How do I cross the street?

Crossing the road in Vietnam can be an intimidating prospect, with everything from bicycles and scooters to cars and buses dashing along the asphalt, but the secret to success is faking the confidence of a local. 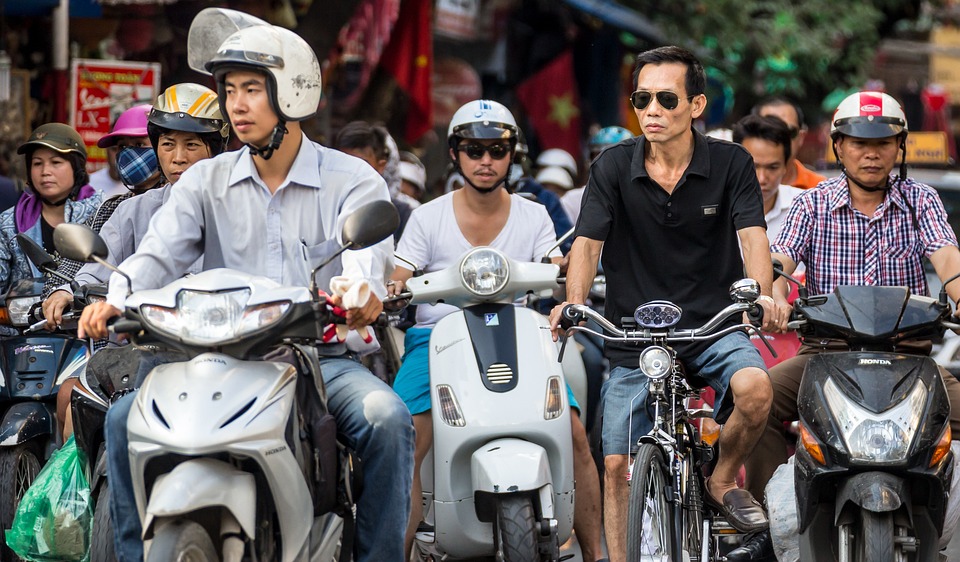 Pick your moment to boldly step from the footpath, walk at a steady pace across the road, never hesitate or stop because bike riders pick a path around you predicting your progress, use hand signals to indicate which side of you vehicles should pass, and make eye contact with drivers to be sure they see you.

Traffic lights are making a difference in District 1, so cross at intersections, but expect drivers to run the red, or take the easy option and wait for a local then stay in their shadow on the side away from oncoming vehicles.

Where should I drink?

Find a great place to drink in Saigon by simply looking up, with the most scenic bars – Chill Sky Bar, the Sheraton’s Level 23, Cobalt at the Pullman – occupying hotel rooftops.

Start with an afternoon refreshment at the Caravelle’s Saigon Saigon Bar, hit the Hotel Majestic at sunset to watch activity on the Saigon River below, then move to the Rex Hotel to walk in the footsteps of wartime reporters who retired to the roof after the US military’s daily “Five O’clock Follies” media briefing below.

What should I eat?

KOTO (it stands for “know one, teach one”) was the first organisation to train street kids for work in hospitality and, while the original restaurant is in Hanoi, there’s a branch in Saigon on 39 Le Duan St’s rooftop, with this venue the location for those not brave enough for street food to sample local favourites.

Where can I have clothes made?

Hoi An, the tourist town 600km to the north, is known as the place to order handmade clothes, but the tailors in Saigon are as good and seem to take a more expert approach than simply providing a wearable souvenir.

Phi Phi at 183 Le Thanh Tom St is a new favourite, with the siblings behind this family business boasting a sense of style reflected in the pieces they expertly produce; Viet Thanh Silk at 129 Le Thanh Ton St is reliable; and Tricia & Verona at 39 Dong Du St has been around for two decades.

The best results come when tailors have something to copy, so take favourite items to be replicated.

Should I venture outside the city?

There’s as much to see around Saigon as in the city centre with the quiet canals of the Mekong Delta, Cu Chi’s wartime tunnels, Tay Ninh’s colourful Cao Dai temple, and Australian battlefields around seaside Vung Tau accessible during day trips.

SinhBalo Adventure Travel – the tour company run by veteran guide Sinh and his wife Tram – has been in business for 20 years and stages day trips, multi-night excursions, waterborne tours, and cycling adventures into regions surrounding the big smoke as well as further afield.

What currency will I need?

US dollars were the unofficial currency in Vietnam for years, but that’s shifting with shops and restaurants now preferring Vietnamese dong, but it’s wise to carry a combination, so pick up an assortment of greenback denominations before departure for smaller tips and large transactions.

Don’t carry a pile of dong because ATMs are everywhere, but be vigilant – find cash points inside department stores and hotel lobbies – and tug at the card slot to make sure a reader isn’t sitting on top to skim your details. 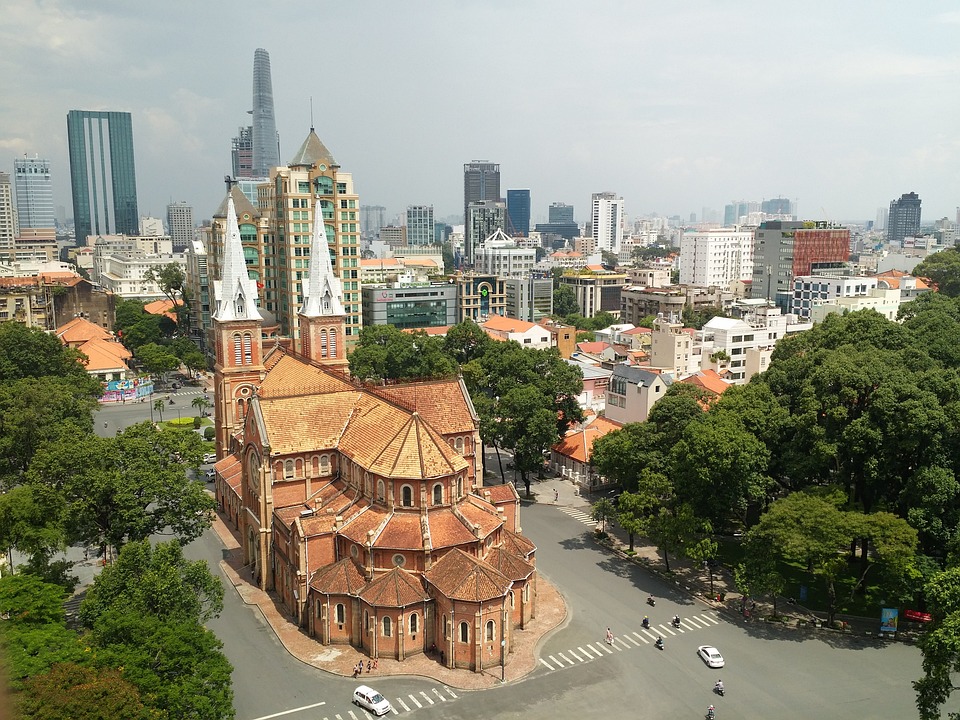