WHILE the Cambodian city is most famous for its temples — such as Angkor Wat — there is so much more to see than ancient ruins.

A new generation of locals and expats are establishing boutique hotels, sophisticated bars, serene day spas, dynamic restaurants, bespoke tours, creative studios and stylish shops with so much going on that visitors could spend days in town and never step across the threshold of an Angkor citadel.

1. It’s never been a struggle securing souvenirs in Siem Reap, but those looking for something more significant than a piece of tourist tat are well served by stores supporting craftspeople — many of them at-risk women and children — living in satellite communities.

Wild Poppy near the Night Market, Senteurs d’Angkor opposite the Old Market, and riverside Senhoa at 1961 stock “ethically made products”, such as silk and cotton clothes, scarfs, bags, jewellery, cushions, blankets, soap and candles.

Another must-do is Kandal Village, where cafe, restaurant, spa and boutique owners turned a rundown row of shops into a trendy neighbourhood. Trunkh is sure to catch the eye of anyone keen to secure a new or vintage Cambodian treasure and try Louise Loubatieres for chic homewares.

2. If a dose of retail therapy doesn’t throw enough light on Siem Reap’s fabric makers, then visit the Artisan Angkor (below) compound to see craftspeople at work. A guided tour steps through the production process from the stable of silkworms to women working on traditional weaving looms. 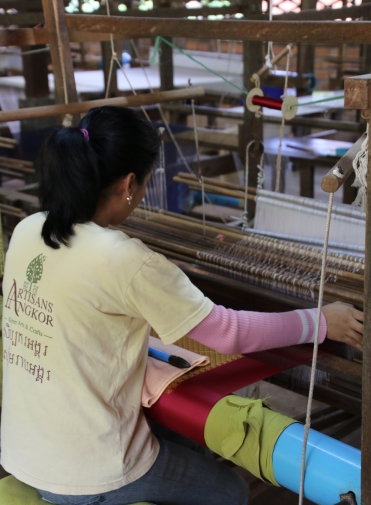 3. Not long ago, the best a traveller could do when it came to an evening tipple was a cold beer at a tourist bar on Pub Street, but now assorted relaxed watering holes around town offer designer cocktails and imported vino.

The smartest spot for a sundown drink is the Foreign Correspondents Club (below) — or simply, the FCC — where colonial elegance is celebrated and comfortable armchairs are dotted around the riverside garden of an elegant art-deco pavilion built for French diplomats. 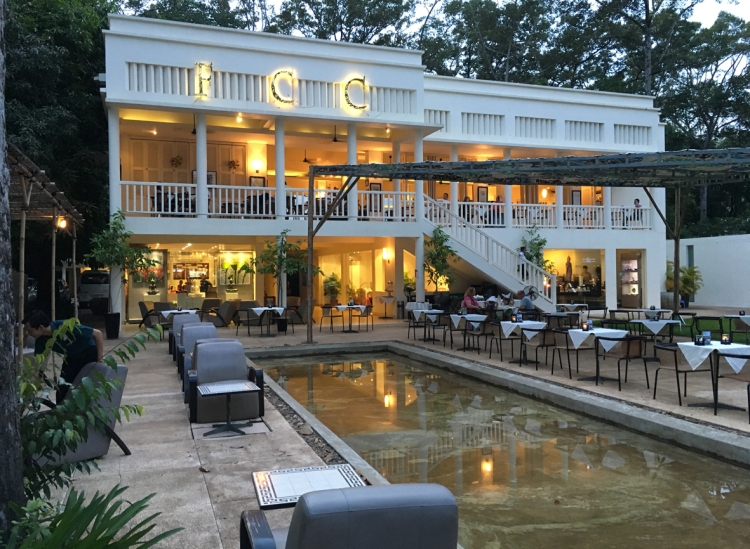 4. There’s a good chance those indulging in a sunset drink at the FCC will drift upstairs for dinner, where chefs prepare regional specialties and familiar western-style dishes, but it’s far from the only mealtime choice, with Siem Reap now claiming a sophisticated food scene.

5. If fine dining is far too fancy, and street food is more your speed, then join

Siem Reap Food Tours on one of the small-group excursion departing morning or evenings that introduce visitors to “popular Khmer market specialties and street snacks”.

Lina Goldberg and Steven Halcrow are behind Siem Reap Food Tours – he’s a Scottish chef who worked in Michelin-rated restaurants, she’s an American food writer – and the pair wander between trusted  restaurants and street stalls to  spotlight another side of Cambodian cuisine.

6. Speculation suggests five million landmines and unexploded bombs are still buried around the country — remnants of the Vietnam War and Khmer Rouge reign — and, while it’s a side most tourists never see, it is well worth visiting the Cambodian Landmine Museum to learn about the struggle to remove the explosives.

The museum, established by Aki Ra in the 1990s after he defected from the Khmer Rouge to become a mine clearer, is modest, but it details the work to rid the landscape of the unexploded ordinance that claims dozens of lives and limbs every year.

7. The Angkor Centre for Conservation and Biodiversity (below) is another charity operating in the bush near Siem Reap. Staff care for animals removed from private homes after years kept as pets and others rescued from the wild when habitat is destroyed by development.

The compound houses everything from primates to reptiles, as well as a sizeable bird population, with one enclosure protecting a giant ibis that’s said to be one of the world’s rarest birds. Passionate staff escort visitors through the park to share stories about rehabilitated creatures.

8. The perfect antidote to a long, hot and humid day exploring the world’s largest religious monument — Angkor Wat sprawls across 162.6ha — is a scoop of ice cream.

Blue Pumpkin near the Old Market and The Glasshouse Deli in the Park Hyatt’s lobby both offer tasty gelato flavours.

But if its caffeine you’re after, then hit The Little Red Fox Espresso in Kandal Village, where baristas at the Australian-owned cafe — which also boasts a delightful menu — make the best lattes and long blacks in town.

9. Siem Reap is the last place travellers might expect to see a show under the big top. But Phare is a Cambodian circus where graduates of a performing arts school in nearby Battambang combine theatre, dance, music and acrobatics to energetically tell Cambodian tales.

10. While it was Angkor Wat that put Siem Reap on the map, there’s more to the region than just archeology. Asia’s largest freshwater lake Tonle Sap, an enormous pond that dramatically rises and falls with the season, is on the city’s doorstep.

The writer was a guest of World Expeditions

World Expeditions’ Best of Vietnam and Cambodia finishes in Siem Reap — the 20-day tour starts in Hanoi and visits Mai Chau, Ha Long Bay, Hue, Hoi An, Saigon, the Mekong Delta and Phnom Penh before two days exploring the Angkor temples — with the itinerary priced from $3350 a person.

The Steung Siemreap Hotel on Street 9 and Sivatha Road’s Terasse Des Elephants both central and an easy stroll from the Old Market, Night Market and Pub Street. 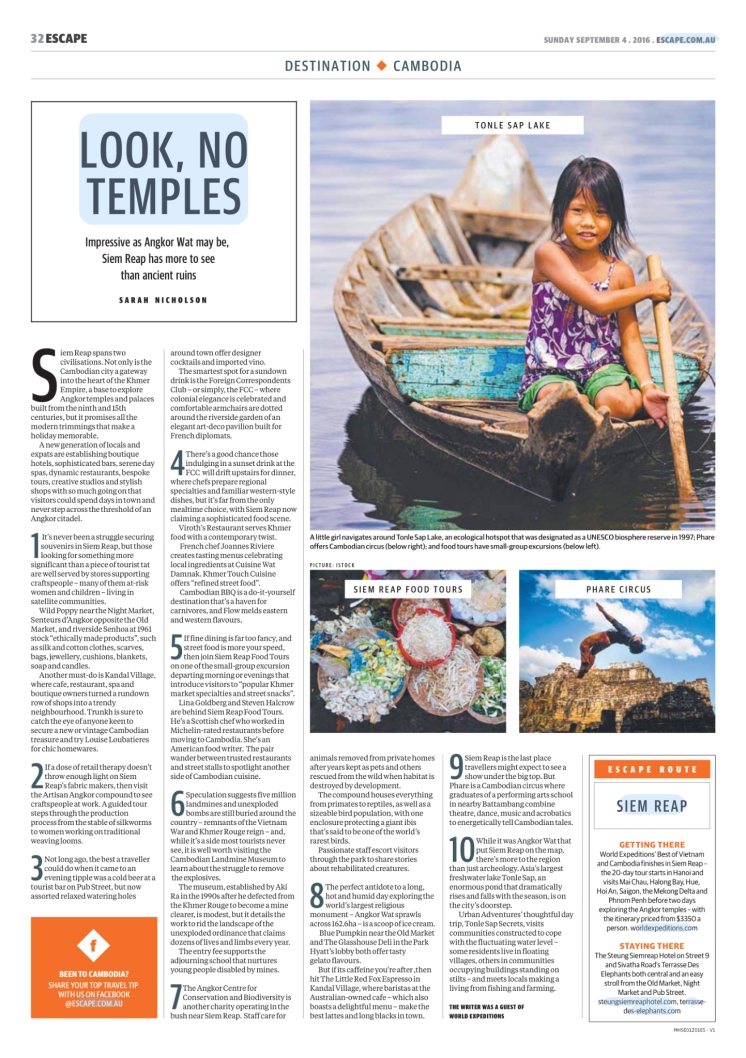 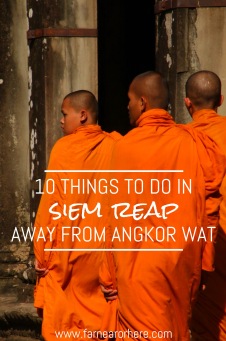