AUSSIES are comfortable parking the passport and spending time in familiar territory with our vast homeland offering something to satisfy every vacation whim.

And here are eight reasons to holiday at home in 2017 – from the hot and happening to new and novel – sure to sway those yet to be convinced.

Australians are taking to the deep like never before – we spent 10.4 million days at sea in 2015 – but it’s small-ship cruising that’s set to captivate in 2017.

Tasmanian Boat Charters has multi-day jaunts for 10 guests to coastal corners of the state’s World Wilderness Heritage Area, and Coral Expeditions is launching a week-long journey on a catamaran, carrying 44 guests, that makes the most of the ample daylight in summertime Tasmania and visits points from Freycinet to Port Davey.

In the north, Kimberley Quest will start cruising early in 2017, with the first departure on March 8, so guests can savour the Kimberley Coast late in the wet season when waterfalls are flowing.

But options are not limited to the high seas, with Captain Cook Cruises announcing that the paddlewheeler PS Murray Princess will embark on a series of seven-night voyages navigating the Murray River’s northern reaches, from Mannum to Morgan, once a month from April 21.

Walk on the wild side

Travellers, now less content to sit on a coach and watch the landscape flash past, are signing up for new trips that rely on hiking.

Slow-travel specialist Butterfield & Robinson returns to Australia in 2017 and has unveiled three innovative itineraries including a Tasmanian walking tour that starts and finishes in Hobart, a South Australian expedition and an active encounter with Sydney.

APT has a 15-day tour of Australia’s northwest corner called Kimberley Active that’s a small-group four-wheel-drive trip, based on the popular Kimberley Complete itinerary, with challenging hikes for those eager to flee tramped outback trails.

Walk Into Luxury was named Western Australia’s first Great Walk of Australia member in 2016, with its four-day hike along the Cape to Cape Track combining culinary moments and fine accommodation, and stage one of Victoria’s Grampians Peak Trail is complete with Grampians Peak Walking Company and Grampians Eco Tours hosting treks.

The best hotel will be a house

Those who have already done the villa in Tuscany, Bali with a butler, and Airbnb in New York are looking towards home and booking stays in lavish holiday houses perched in Australia’s vacation playgrounds.

Luxico  is one company offering the hotel-in-a-home concept – opulent addresses from Sydney’s Palm Beach to North Queensland’s Port Douglas which boast concierge service, swimming pools and experiences like an in-house chef so families can indulge in luxury while enjoying the ample space of a private property.

The flash-camping fad may have started at Melbourne’s St Jerome, with locals and visitors alike sleeping in fancy tents on a CBD rooftop, but now there are opportunities to slumber under permanent canvas popping up all around Australia.

In Victoria, there’s Grapevine Glamping near Rutherglen, Happy Glampers on the Mornington Peninsula, the Yurt Alpine Retreat in the King Valley and permanent tents in the national park at Wilsons Promontory.

Established tents will return to the Top End during the 2017 dry with a “premium experience” available again in Kakadu’s Cooinda Camping Ground.

NSW has glamping at Port Stephens’ Thou Walla Sunset Retreat, Paperbark Camp in Jervis Bay and Talo Retreat in Moama at Murray Resort.

In Western Australia, Pinky’s Eco Resort & Beach Club is set to open on Rottnest Island late next year with 29 upmarket tents for those keen on pampering, 10 two-bedroom campsites for the family, and an assortment of spots for backpackers to dwell under canvas at affordable rates.

On Queensland’s Sunshine Coast, Diddillibah’s Rivershore Resort has swish safari-style tents catering for couples and families and in northern coastal NSW the BIG 4 Sunshine South West Rocks will satisfy those wanting to camp but not do the hard work.

Wildlife will get real close

Tasmania’s favourite eco-guide Robert Pennicott is venturing across Bass Strait to add Wilsons Promontory sightseeing to his inventory at the end of 2016, with the journey passing the Victorian national park’s most spectacular scenery as well as spying on migrating whales, turtles, dolphins, sharks and seabirds.

Western Australia is letting people swim with migrating whales after trials in Coral Bay and Exmouth since August, and feedback is positive with those planning a Ningaloo visit in 2017 encouraged to add a humpback encounter – on board a boat, or in the water with the stately creatures – to their itinerary. 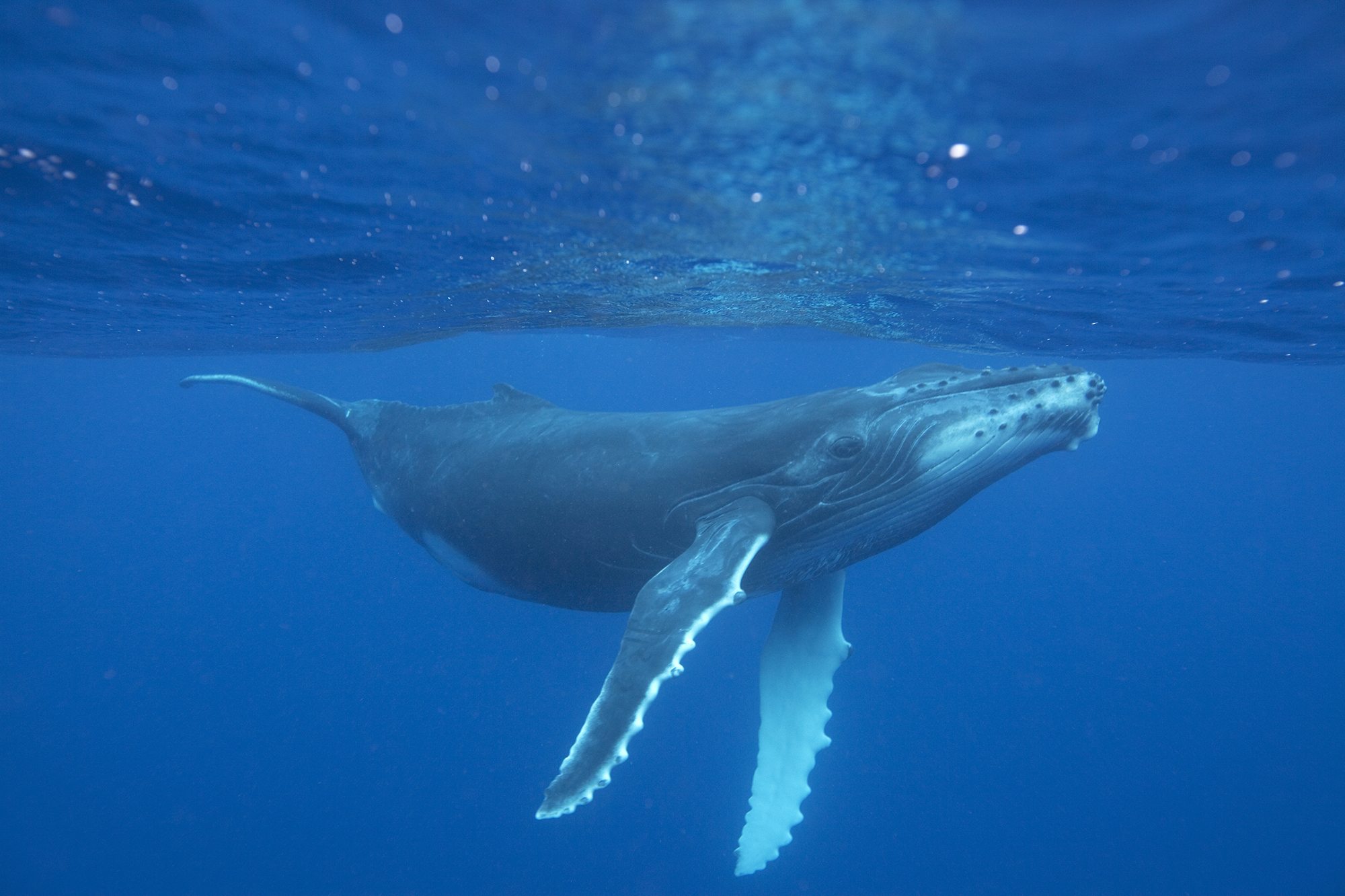 Dolphin Swim Australia also hosts a unique marine meeting in NSW by placing nature lovers close to the wild dolphins in Port Stephens’ Great Lakes Marine Park, during a dip in the deep from an ocean-going catamaran.

While Victoria is shaping up as the foodie destination du jour in 2017 as the Melbourne Food & Wine Festival (below) will celebrate its 25th anniversary between March 31 and April 9 with a swag of special events.

The prestigious World’s 50 Best Restaurants award will take over the city at the same time and there are new offerings on the boil around the land.

Wild Bush Luxury will team with chef and forager James Viles from Biota Dining to host food safaris at Bamurru Plains in the Northern Territory and South Australia’s Arkaba with the multi-day celebration including feasts reflecting each location and guided trips to spot wildlife.

Out west, food trucks are appearing on Perth’s streets in greater numbers, with the Food Truck Ramble expected to become an annual event about April.

Locals anticipate that Margaret River will be a mini-break mecca in 2017 with the famed wine region celebrating the 50th anniversary of the first contemporary vines being planted.

In NSW, Dave’s Brewery Tours offers Sydney’s only specialist microbrewery and beer jaunt My Detour has updated its big-smoke portfolio with a route catering for foodies.

Gourmet Getaway Tours will host a Hunter Valley excursion with the day trip hosted by a chef who cooks on location.

Island time will be quiet time 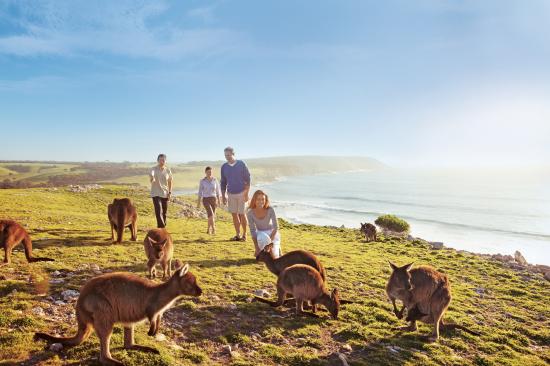 In Western Australia, Rottnest Island (below) off the coast from Perth is undergoing an extensive renovation with upgrades to the golf course and walking trails, a new marina, and there’s also a Hotel Rottnest revamp.

And the Abrolhos Islands, 60km from Geraldton on the Coral Coast, is poised to become Australia’s newest national park.

Astronomy will be hot

NSW, which already offers celestial sightseeing from Parkes to Broken Hill, now has Australia’s first official Dark Sky Park, in the Warrumbungle National Park (below), a stone’s throw from Coonabarabran.

There are only 36 Dark Sky Parks on the planet with the honour recognising the “exceptional quality of the location’s starry nights and nocturnal environment” which make Warrumbungle in north-western New South Wales a haven for astronomers, with the nearby Siding Spring Observatory adding to the stargazing activities on offer in the area.