Save on solo travel …

FREYA Stark could be the patron saint of solo travellers.

Not only did she become one of the first female travel writers, and forge a path through the Middle East for Western wanderers, but her words “to awaken quite alone in a strange town is one of the most pleasant sensations in the world” are now a mantra for those finding themselves lonely and lost in a new destination.

While Ms Stark (above) explored unaccompanied, and often without funds, it’s climbing costs that can be a modern dissuader with those now travelling solo routinely penalised for the privilege of seeing the planet sans companionship.

But don’t be discouraged, there are ways to save with the biggest bonuses achieved by avoiding the single supplement.

Join an organised tour hosted by a company that matches solo guests to share a room with brands like G Adventures, Bunnik Tours, Trafalgar Tours and World Expeditions pairing passengers of the same gender in twin suites to spare both steep single-room fees.

“We find older travellers just as willing to share as our younger clients and we always try to pair similar ages to increase the chance of forging a friendship,” says World Expeditions’ CEO Sue Badyari.

Trafalgar Tours also offer single supplement discounts, and sometimes a complete waiver, on 15 per cent of its itineraries with the departures selected before dates are released a year ahead rather than in response to booking numbers.

With the number of gallivanting solos jumping every year there are now home-grown businesses that specialise in hosting group getaways for those missing a mate with Melbourne’s Two’s A Crowd leading more than 20 small-group tours every year.

“Before 2012 we were a retail travel agency but found it hard to get solo travellers decent deals so started with a couple of group tours – no couples, no families, just solos – and now go all over the world,” owner Ken Morgan says.

“We give the guarantee that everyone will have their own room and we push to keep single supplements down to well under 30 per cent but usually closer to zero.”

Cruising is another tourism sector assisting solos with some of the newer Royal Caribbean, Norwegian Cruise Lines and P&O vessels presenting a small number of one-person suites sold without single supplements.

When it comes to river cruising some Amadeus boats feature solo cabins, while other craft in the fleet cap the single supplement on some double rooms at 15 or 30 per cent of the twin rate, while Tauck advertises category-one cabins on all European voyages for solo use at a single’s price.

Pandaw Expeditions offer a swag of departures on its Asian river cruise itineraries missing the single supplement with company founder Paul Strachan explaining he “prefers to look after guests travelling alone by offering a cabin for single use at no additional cost”.

There are currently 42 departures of Pandaw’s Classic Mekong cruise scheduled between July and December 2017 with 17 sailing fee free.

The ideal scenario is to book well in advance, even though light bookings on land tours and cruises do mean imminent departures are sometimes advertised with last-minute specials for singles.

“The best deals are snapped up very quickly, particularly on cruises where the number of cabins available for single use are limited and often sell within hours of opening for sale,” says Beyond Travel general manager Bryce Crampton.

“Clients looking for a great deal for single travellers should register their interest and be prepared to book as soon as they can.”

Hostels put the days of bulk bunks and bed bugs behind them to now offer single and double rooms boasting private facilities at budget-friendly rates, many hotels turn smaller spaces into single rooms priced for one, places to stay often negotiate a lower rate when a solo is standing at reception, and off-season dates mean deals.

Consider hotel like ibis and Premier Inn that offer the service and security of top brands but with rates that fall towards the more economical end of the scale, try house swapping for longer stays, or book a room through Air B&B. 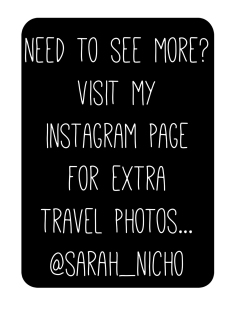 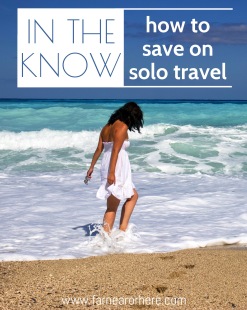