HAVE you heard of a little place called Cierva Cove?

It’s most unlikely, unless you’re a glaciologist or polar explorer, with this landmark just another weather-beaten bay on the western side of the Antarctic Peninsula at the mouth of the Gerlache Strait.

But Cierva Cove is a significant spot thanks to the chain of monumental glaciers that creep along the canyons to drop icebergs into the water turning this peaceful place into one of the world’s most noisy marine environments.

I spent a couple of hours drifting around Cierva Cove in a Zodiac during my Antarctic voyage with Chimu Adventures with expedition glaciologist Heidi Sevestre explaining the calving glaciers create sikkusak – or ice soup (below) – which snaps, crackles and pops like a bowl of Rice Bubbles when air bubbles are released.

“These glacier bays with sikkusak are the loudest marine environments on Earth,” the French scientist, who is taking a break from her work at Scotland’s University of St Andrews to temporarily join the MV Sea Spirit’s expedition crew, explains during the Zodiac voyage.

“Listen to the air bubbles popping, that’s air being released that was last in the atmosphere hundreds or thousands of years ago and it’s loud like rain hitting the water as the icebergs erode around the waterline.

“In Alaska, in places where glaciers are no longer there, seals have disappeared from the fjords and scientists have established the animals hide from whales in the cloud of noise but when the noise is gone they no longer feel safe being there.”

For almost two hours we glided across the still mirror-like surface, through patches of floating ice with pieces no bigger than a clenched fist and past towering burgs the size of apartment buildings, and spy crab eater seals slumbering on the floating boulders and colonies of penguins congregating on the beach before diving into the chilly water for a swim.

The first travel story from my Antarctic adventure was published in the paper last week, which makes this the perfect time to share some more photos from my afternoon in that magnificent location, and if you’re keen to learn more about the destination you can read my Escape article. 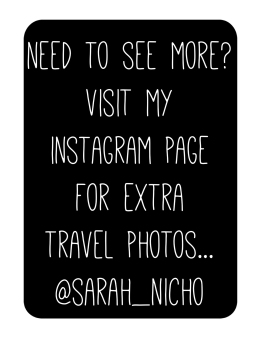