BEING a royal has abundant perks with the aristocracy living in castles, wearing expensive threads, and donning priceless pieces of jewellery.

But there are also many intricacies employed by the British monarchy – some traditions cemented by time and necessity, others delightfully eccentricities dating back to days gone by – which Meghan Markle will need to master before she officially becomes a blue blood in May.

1. Queen Elizabeth has two birthdays with the first on April 21, the actual day she was born, and the second the official occasion celebrated on the second Saturday in June.

This second date was added years ago for rulers not born during summer so official festivities can take place in better weather with the annual Birthday Parade, also known as Trooping the Colour (below), a highlight of the June celebration. 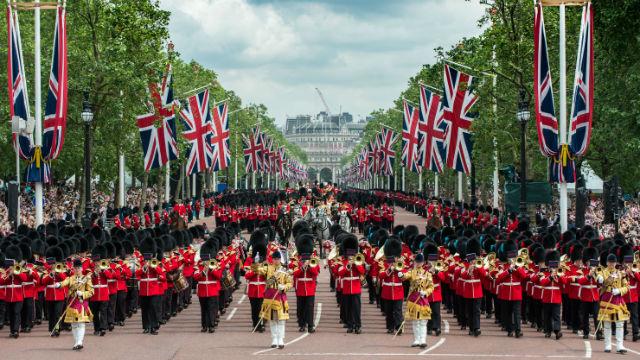 2. The Tower of London’s ravens enjoy special privileges and during the reign of King Charles II back in the 17th century a prophecy said “if the ravens leave the Tower the kingdom will fall”.

Ever since then at least six ravens have resided in the castle on the banks of the River Themes with the birds protected by the Ravenmaster (below) that cares for the creatures. 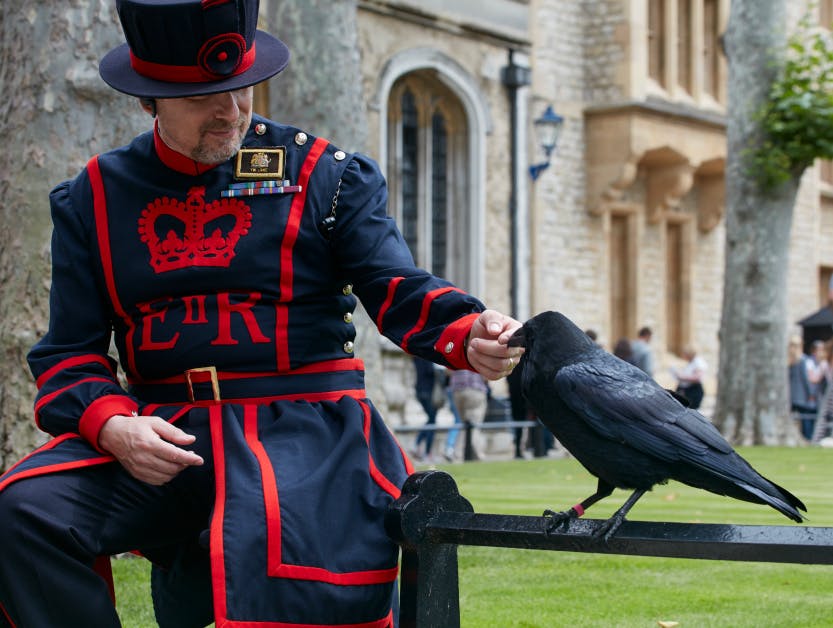 3.  Another custom takes place during the annual state opening of parliament and, before the Queen delivers her speech in the House of Lords at the Palace of Westminster (below), a member of the chamber is dispatched to Buckingham Palace and “held hostage” to guarantee the Crown’s safe return.

This routine dates back to a time when the palace and politicians didn’t get on so well and is retained today as a symbolic gesture to the old days.

4. The tomb of the unknown soldier is just inside Westminster Abbey’s main entrance and no one, not even a member of the royal family, is allowed to walk across the memorial stone that was dropped into place back in 1920.

When a member of the royal family is married in the sanctuary the bride’s bouquet is placed on the tomb with Catherine Middleton’s flowers set on the stone not long after the official photos were taken after the 2011 wedding (below).

The tradition began in 1923 following the nuptials of Lady Elizabeth Bowes-Lyon – the future Queen Elizabeth and mother of the reigning monarch – to Duke of York Bertie who later became George VI.

5. This isn’t so much a quark of the royal family but something the young Alexandrina, the future Queen Victoria who reigned from 1837 until 1901, had to do when moving around Kensington Palace (below) as a youngster.

It was no secret the young princess would one day become monarch so she was strictly protected by her mother the Dutchess of Kent – guided by the manipulative Sir John Conroy –  who shared her bedroom until she took the crown at 18.

So frightened were Mrs Kent and Conroy that something would happen to the young princess Alexandrina couldn’t even climb the stairs without taking a chaperone’s hands to prevent falling.

6. The reigning monarch is exempt from holding a driver’s licence or wearing a seat belt with the person in the top job immune from civil or criminal proceedings thanks to a tradition dating back to the stretch when the sovereign enforced the legal system.

The royal family’s official website says “the Queen is careful to ensure that all her activities in her personal capacity are carried out in strict accordance with the law” and Elizabeth is often spotted driving her trusty Land Rover along The Long Walk (below) leading to Windsor Castle’s main gates. 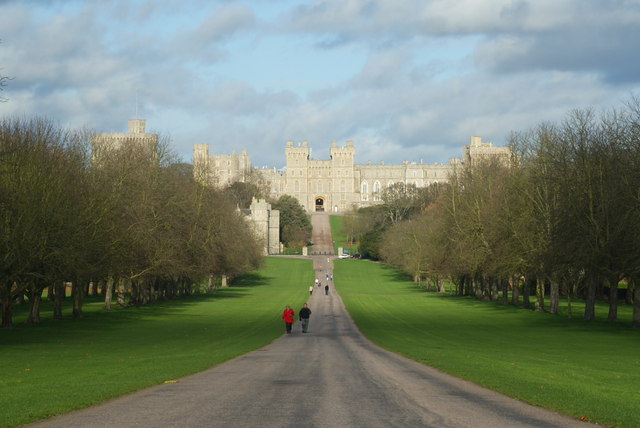 7. The Royal Mews at Buckingham Palace is responsible for the Queen’s road transport arrangements, as well as looking after all the members of the royal family, and the Rolls Royce Phantom VI used by Catherine Middleton to travel to Westminster Abbey on her wedding day is on display at the London compound.

There are two types of horses at the Royal Mews – brown Cleveland bays and white Windsor greys – with each animal named by Her Majesty.

Visitors can also see the sleigh that’s decorated with bells and ribbons and driven by Father Christmas when he visits the children who live at the Royal Mews during the festive season.