→ Looking for bohemian cool and traditional culture on the edge of the Wild Atlantic Way? Try Galway, one of Ireland’s most enjoyable destinations …

THE team at Tourism Ireland has come up with a list of very cool reasons to visit Galway.

GALWAY’S food scene includes incredible cafés, bistros, and fine-dining restaurants that are kicking the culinary ball right out of the park.

The very best of local ingredients and innovative techniques fuse together with stellar success at the Michelin-starred Loam and Aniar while incredible flavours draw a loyal crowd to Kai.

Enjoy the very best of Irish-style pizza at Dough Bros, mix rustic chic with hearty dishes at Ard Bia, or try traditional fish and chips at McDonagh’s which is a fave with locals and tourists alike.

You can even take a culinary walking tour with Galway Food Tours who will introduce you to the passionate producers, brewers, chocolatiers and entrepreneurs that make this city such a gastronomic gem.

Take in a festival

Visit Galway during festival time and you’ll understand the city’s reputation as a party town and every summer this western gem comes alive with festivals that draw the very best of local and international talent.

Galway’s got one of the liveliest pub scenes on the island so step inside the warm wooden nooks and crannies of Tigh Neachtain’s on Cross Street and you’ll happily lose hours gazing at the knick-knacks and memorabilia while sipping a glass of Galway Hooker craft beer.

The Galway City Museum, a modern and spacious building overlooking the Spanish Arch, is the go-to spot for everything relating to Galway’s history and heritage and visitors can stroll through collections on prehistoric and medieval Galway.

Want to know more about Galway and its UNESCO City of Film status? Or what the city looked like in the late 19th century? This is the place to come. Finish up with a coffee and cake in the lovely ground floor café, with views out to the Spanish Arch.

Check out a market

The laid-back, happy-go-lucky vibes of Galway are best felt at its weekend market and here there’s loads of chat, loads of colourful stalls, and plenty of incredible flavours all in the shadow of St Nicholas’ Medieval Church.

As well as local cheeses and charcuterie, international influences come through with curries, sushi and Mediterranean favourites so pack a basket and pick up your picnic supplies.

Galway, with its location right on the Atlantic Ocean, has an intimate relationship with the sea and nowhere is this more apparent than at the little seaside suburb of Salthill.

Locals take to the 2km-long promenade for seaside strolls and tradition dictates you should “kick the wall” at the end of the promenade for good luck, but if you don’t fancy that then why not grab some fish and chips to sit on the beach and watch the light change over the Atlantic.

Finish up with a pint or two in O’Connor’s bar which is filled to the brim with trinkets.

Standing at the late 16th century Spanish Arch and looking out to the vast Atlantic Ocean it’s not hard to imagine Galway in its medieval heyday.

Once a small fishing village Galway grew in strength in the 13th century to become a prosperous walled town ruled by 14 merchant families known as the Tribes of Galway.

The old city walls are now incorporated into a modern shopping centre at Eyre Square, Kirwan’s Lane thrums with a bustling atmosphere, and St Nicholas’s Church completed in 1320 is where Christopher Columbus is said to have worshipped in 1477.

Galway has to be one of the best places on the island to visit for traditional music and this is a city that lives and breathes music, from the buzzing street buskers to the endless trad sessions all over town.

Step inside a traditional music pub, and you’re guaranteed an unforgettable night. Check out great trad sessions in pubs such as Taaffes, The Crane Bar, Tigh Cóilíand An Púcán.

Take a day trip to remember

Fancy a day trip? Galway has some of Ireland’s most exciting attractions right on its doorstep.

We’re talking the Cliffs of Moher, the Burren, the Aran Islands and the wild beauty of Connemara — many companies run day trips taking in these great sights — or you can jump on the Corrib Princess and take a scenic cruise along the Corrib River and to Lake Corrib. 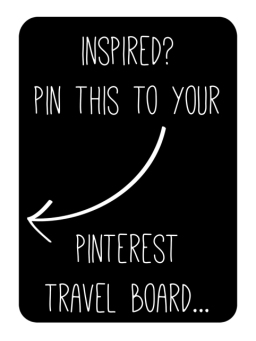