→ Top tips for a cruise shop in Shanghai …

SHANGHAI has been welcoming maritime visitors since it was just a hamlet in the Yangtze River Delta.

In the decades after the city became a treaty port in 1842, foreigners flooded The Bund to colonise this commercially attractive corner of China.

When the current regimen ascended in 1949, international trade was clipped, slowing activity at East Asia’s busiest commercial dock, and the location ceased being a desirable destination for travellers.

But tourists are returning in ever-greater numbers and the cruise business is booming.

China is the fastest growing source market for passengers – 2.1 million locals cruised in 2016 – and Shanghai has 100 ship visits scheduled during the second half of 2018.

Three passenger piers serve this metropolis of 25 million people with Wusongkou and Waigaoqiao facilities are both 25km from town, sitting near the point where the Huangpu and Yangtze rivers meet, while the Shanghai Port International Cruise Terminal is downtown on the northern end of The Bund.

Shanghai isn’t heavy on galleries and museums, and on my last visit an artist told me Shanghainese are more interested in rushing for the future than getting sentimental about the past, but there are a few places where travellers can connect with art and history.

The Shanghai Museum in People’s Square is the obvious place to start, but brace for long lines and arrive at opening to avoid lengthy queues, but you won’t need to wait at the neighbouring Shanghai Museum of Contemporary Art and Shanghai Urban Planning Exhibition Hall. 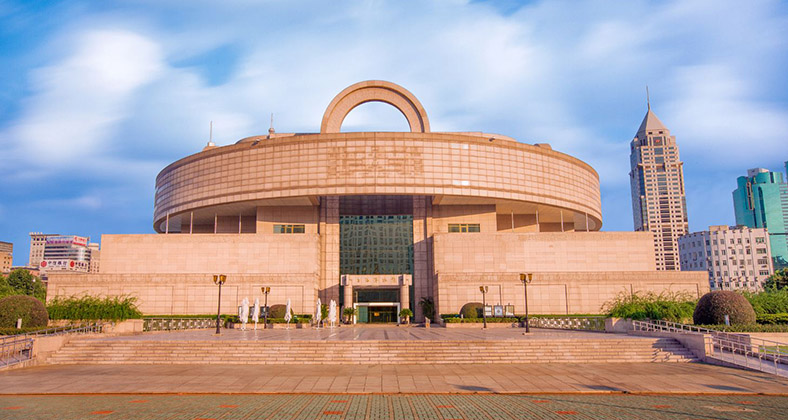 It’s worth locating the rustic Propaganda Poster Art Centre, which occupies the basement of a 1980s apartment building in the French Concession, and here a private collector displays prints produced since the 1950s that not only shine a light on the work of artists but subtly reveal the politics of modern China.

At M50 modern art occupies an old cotton mill, Tianzifang in the French Concession is an enclave where creatives have turned traditional dwellings into studios, and for a dose of modern culture visit the world’s largest Starbucks on the corner of Nanjing and Shimen roads a stone’s throw from Mao’s old address.

Shanghai is divided into two districts, the original Puxi is on the western bank of the Huangpu and new Pudong to the east, and while the iconic tourist attractions are in the old neighbourhoods travellers with time up their sleeve should venture across the river to explore the less-famous suburb.

Public ferries depart from the quay near the city cruise ship berth every 15 minutes or so and stop at Pearl Dock on the Pudong side where wanderers can stroll the waterside boardwalk for another view of The Bund and go up the recognisable Oriental Pearl TV Tower to savour a city panorama.

Antiquities lovers swoon over the Aurora Museum – a private gallery boasting a small but magnificent collection of burial statues, blue-and-while porcelain, jade, and Buddhist relics – while shoppers can spend big at the nearby Super Brand Mall which offers western high-street and designer brands.

While Shanghai cuisine is considered to be a little bland compared to the food produced in nearby Henan and Sichuan provinces, there are still loads of yummy eats on offer as well as locations to linger over a beverage while enjoying the view.

On the Puxi side, Yang’s Dumpling serves traditional Shanghai-style fried soup dumplings on Fuzhou Road near People’s Square, Lost Heaven at the back of The Bund is a favourite with expats, and the rooftop bar at the riparian Hotel Indigo is the trendy location for a scenic sunset tipple.

Xintiandi is downtown’s eminent drinking and dining precinct with restaurants and bars occupying a cluster of restored traditional structures on a network of pedestrian streets while M on the Bund – on the seventh floor of the bygone Nissin Shipping Building – is considered to be the grand old dame of Shanghai dining.

Across in Pudong visit Super Brand Mall to sample the flavours of the remote Uyghur tribe at Yershari, follow the river to the Mandarin Oriental to indulge in a banquet at Yong Yi Ting which wears a Michelin star, and ascend the Ritz-Carlton for more sky-high drinking.