The Buchenwald Memorial 18km from the German town of Weimar.

A break from the Christmas markets in Weimar this morning to explore a dark chapter of German history.

This is the main entrance to Buchenwald, the concentration camp that opened in 1933 to hold those seen as enemies of Hitler’s nationalist regime.

It operated for eight years and during that time accommodated 280,000 inmates and initially it was politicians, communists, royalists and other “agitators”.

During the long days of World War Two it was a hostile home to Jews, gypsies and homosexuals as well as captured prisoners of war, pilots, and OSS spies. 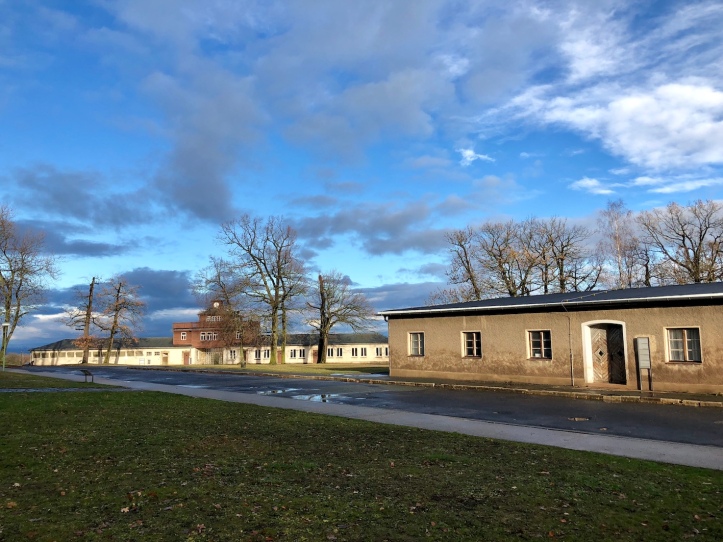 More than 50,000 inmates died here between 1933 and 1941 and, while that’s a horribly high number, it doesn’t compare to the millions killed in the death camps placed around Poland.

The clock on the tower above the main gate is set at 3.15pm which is the time the camp was liberated by Patton’s Third Army who opened a hospital to care for the inmates.

The Americans stayed for 10 weeks before handing the compound and nearby Weimar over to the Russians, and the Soviets turned Buchenwald into an internment camp that was open five years from 1945.

A sobering but significant lesson in history during a Christmas-season tour around Germany.