Though seniors have the time, inclination, freedom and funds to roam into their 60s, 70s, 80s and even 90s, it can be a challenge securing travel insurance.

Some companies flat-out refuse coverage and others inflict costs that climb even when the most common pre-existing health condition is cited.

Finder.com.au’s travel insurance expert Bessie Hassan says while it can be a trial snagging a travel policy, she rarely hears of older holiday-makers unable to obtain any coverage. 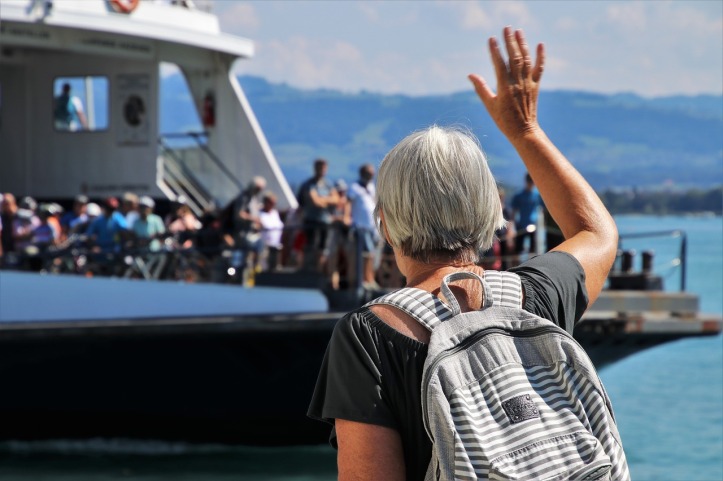 “Even without pre-existing conditions older travellers are more likely to suffer from expensive medical issues while overseas which is why it can be tricky to find the right cover,” she explains.

“Prices can become significantly more expensive the older you get and while some insurers do start to impose cover limits from the age of 54, most brands focus on those aged over 65 or 75.

“Certain policies may be restricted from a particular age but that doesn’t mean you won’t be able to find cover anywhere, and while one policy through one insurer may restrict cover for those over 60, there may be other policies available from the same brand that don’t enforce the age limit, so do your research.”

Don’t leave home without it

While it’s comforting being safeguarded against cancellations, lost luggage, natural disasters, theft, and bankrupted businesses, the real value surfaces when an older traveller is sick or injured far from home.

To put it in numbers, a recent case study highlighted an older adventurer who suffered lung problems while exploring Panama but, by paying $129 for travel insurance, avoided the $30,000 bill that came with repairs and repatriation.

Some countries do offer reciprocal coverage for urgent medical care that can’t wait until a visitor gets home — the Australian Government has negotiated Medicare-like assistance in 11 countries from Belgium and Britain to Norway and New Zealand — but seniors should never assume, because the fine print is different in every destination.

Why the climbing costs?

There’s no difference between getaway insurance for seniors and plans offered to younger travellers but with costs calculated considering premiums, excesses, benefits, limitations and pre-existing conditions, older people are charged extra because the underwriters consider this demographic is more likely to need a doctor while away.

“Pricing is designed to reflect the potential risk of the traveller, and the chance of experiencing health issues does increase with age, so insurers typically increase premium costs to negate this,” Ms Hassan says.

“Keep in mind there are some pre-existing conditions that may not be covered at all and, for example, if you’ve had a stroke in the past two years, you may not receive compensation for a second stroke.”

Pre-existing conditions — anything from asthma and arthritis to cardiac conditions, cancer and diabetes — cause the most confusion.

Some insurers include cover in the basic policy, while others offer security for diagnosed disorders at a cost. Some will be protecting the afflicted, but not be paying on unrelated claims incurred while travelling.

The Insurance Council of Australia’s website offers a list of insurers who may provide cover for pre-existing conditions, as well as introducing brokers who can help passport holders struggling to secure a policy, while Choice members have access to comparison tables.

When it comes to specific companies finder.com.au lists more than 30 businesses selling to seniors.

“There are ways to lower costs and comparing policies online will help find the right cover for your situation with many insurers offering discounts for booking online instead of over the phone so make the most of this opportunity,” Ms Hassan says.

“While travel insurers targeted at seniors are great they may not be the best fit so it’s important to look into other options, and it’s always going to be in your best interest to consider as many alternatives as possible before choosing the one that’s right.

“One of the most important things for older travellers to include in their policy is unlimited medical cover as this can provide compensation if you require ambulance transportation, hospital accommodation, or even repatriation to Australia.

“Be honest in your application and even though disclosing a pre-existing condition may increase the price, it’s not worth the hassle of lying and having your claim rejected.

“It’s also important to research the risks involved in certain destinations you’re visiting so check the (Department of Foreign Affairs and Trade’s) Smartraveller website for warnings and be wary of potential issues that may arise on your trip that could affect your insurance.”