EGYPT has been tempting travellers since Georgian times when Brits of sufficient means visited on extended escapades known as the Grand Tour.

Tourism has continued across the centuries, only stalling during international incidents such as world wars, the Suez Crisis, and this decade’s political unrest which began with the revolution removing despotic leader Hosni Mubarak from office in 2011.

Holidaygoers stopped going when they saw sustained demonstrations in the news and visitor numbers plummeted from 14 million in 2010 to nine million the following year.

But Egypt is back, with the destination appearing on lists of top places to explore in 2019 with On The Go Tours just one travel business reporting a rise in inquiries and bookings since the situation started stabilising in 2015.

“As our first destination when On The Go Tours started in 1998 we have witnessed the changes in Egypt and how tourism has been affected,” general manager Natalie James says.

“During 2017 and 2018 we have seen growth of 102 per cent on group tours to Egypt and tailor-made holidays also rise by 62 per cent. We’re confident this will continue in 2019, and the benefit to customers is an experience without the crowds of a decade ago.”

While Australia’s Department of Foreign Affairs and Trade still has some concerns — the Smartraveller website asks Aussies to avoid the territory flanking the Libyan border and North Sinai — the legendary locations around the land of the pharaohs are again calling. 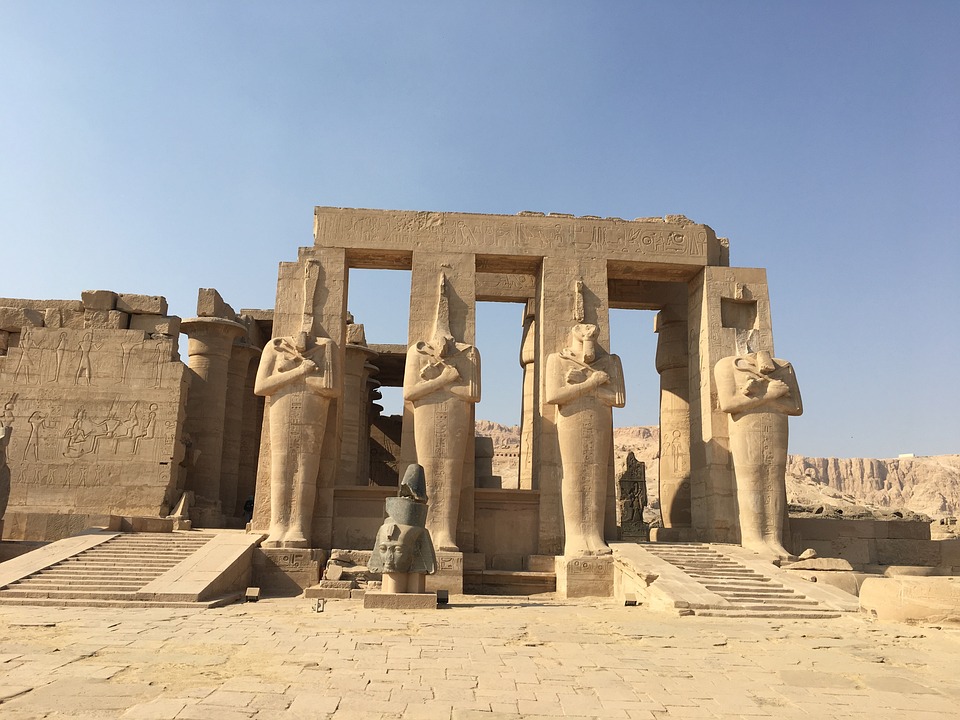 Natalie James acknowledges that the political instability since the Arab Spring uprising in 2011 still affects the image of the region and inbound tourism, but travel operators aren’t seeing signs that should deter tourists making plans.

“We were the first operator back into Egypt once travel warnings lifted in 2014, have not needed to cancel any tours once we returned, and have been able to continually offer customers a safe travel experience tailored to changing events and travel warnings,” she notes.

There are no direct flights from Australia to Egypt but Emirates and Etihad offer two-flight options via the United Arab Emirates, South African Airlines goes via Johannesburg, and local carrier EgyptAir travels to Bangkok for Asian transits. 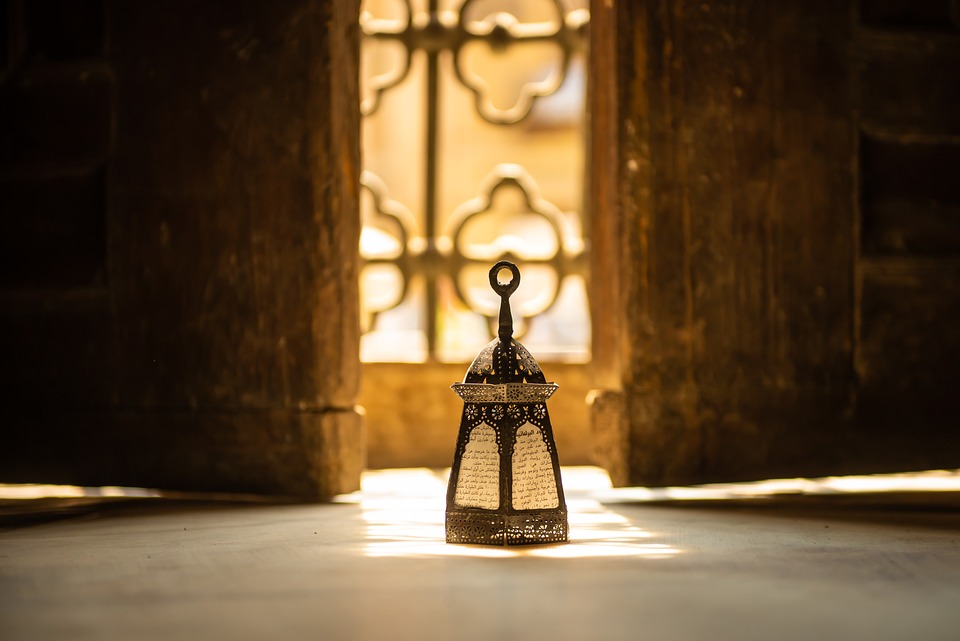 When should I go?

Webjet Exclusives general manager Brendan Sawyer says while Egypt is a year-round destination, anyone who feels the heat should avoid the summer months of June, July and August. Temperatures can be “oppressively high” making it uncomfortable exploring outdoors.

“Most visitors travel between October and April for the iconic landmarks in and around Cairo such as the Giza pyramids and the Sphinx, but December is overlooked and can be fantastic if you wish to combine mild temperatures with relatively few visitors,” he says.

“Many restaurants and shops close or scale back opening hours during the Muslim holy month, known as Ramadan, which takes place throughout June and either side into May or July, and visitors looking to indulge in local foods and stroll the bazaars are encouraged to travel outside this religious period.”

How should I get around?

Planes and trains are the go for long distances with experts recommend travellers avoid the road as traffic can be chaotic and there are challenges driving distances through the desert between significant settlements.

Phil Hoffman Travel Project manager Melanie Wynne says there are regular air and train connections from Cairo to popular destinations such as Luxor and Aswan.

“Cairo to Luxor takes one hour by EgyptAir, 12 hours by overnight train,” she says.

Where should I go?

Bunnik Tours marketing manager Catherine Kelly says that while Cairo and the neighbouring Giza pyramids top the Egypt to-do list, visitors should escape the big-city bustle and head for Aswan and Luxor as well as embarking on a Nile cruise. 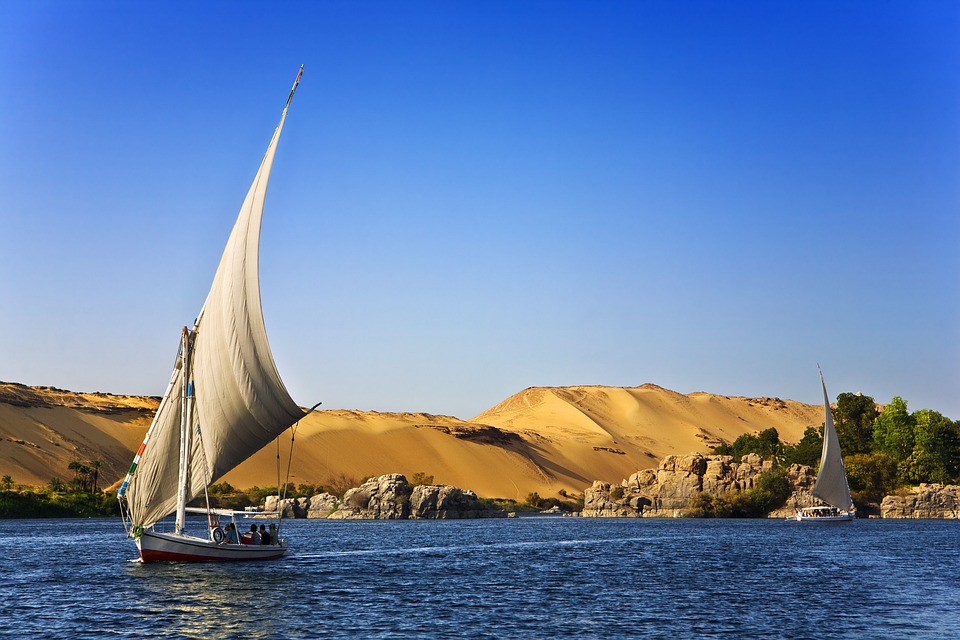 “A river cruise gives the opportunity to tour in a relaxed fashion between these cities, and you alight at riverside temples, with a more intimate experience offered aboard a wooden dahabiya, a beautifully crafted ship with furnishings from the 1920s to 1940s,” she says.

“My absolute favourite sites are the imposing twin temples of Abu Simbel, but anticipate an early-morning drive across the desert or a short flight to reach these, then in Luxor a trip to the West Bank to visit the Valley of the Kings was one of the most moving experiences of my life.”

Melanie Wynne agrees a Nile cruise is a relaxing way to see the incredible scenery with four to seven-night voyages are available from Aswan on Lake Nasser while Aswan to Luxor done in three days.

“Airconditioned vessels usually hold between 60 and 90 passengers and come with a swimming pool, bar facilities and international cuisine,” she says.

Can I drink the water?

The short, and safe, answer is no.

Drink, and even clean teeth, from sealed bottles provided by tour guides or hotels. Stores in even the smallest towns sell water suitable for delicate foreign dispositions. 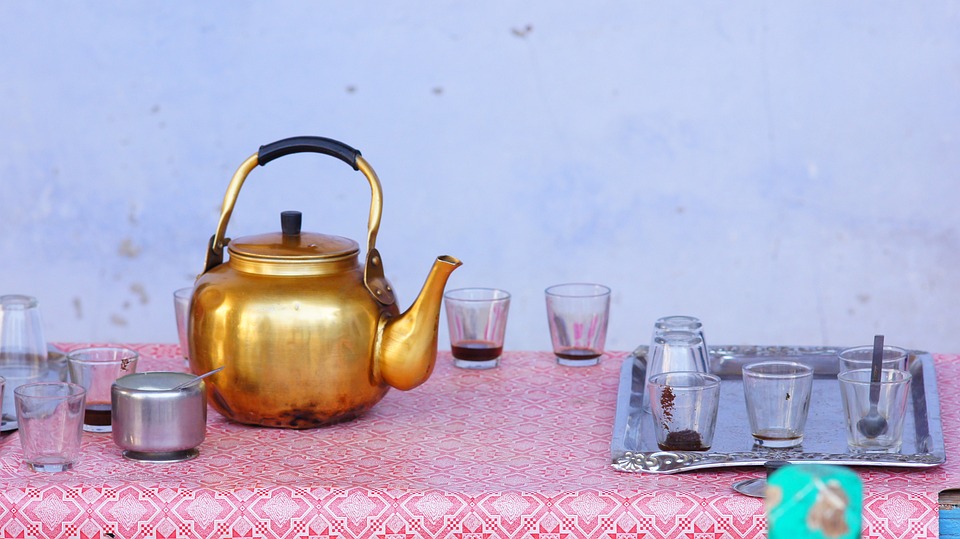 What do I need to know about money?

Insight Vacations’ managing director Lorraine Sharp describes Egypt as an affordable place to visit with a 600ml bottle of water the equivalent of 30¢ and a cup of coffee no more than $3.

“There are many ATMs throughout the country and we advise travellers to get their Egyptian pounds upon arrival as the exchange rate is often much higher than at home,” she explains.

“Even though major credit cards are accepted in hotels travellers should have with a bit of cash for tipping and to spend at markets. 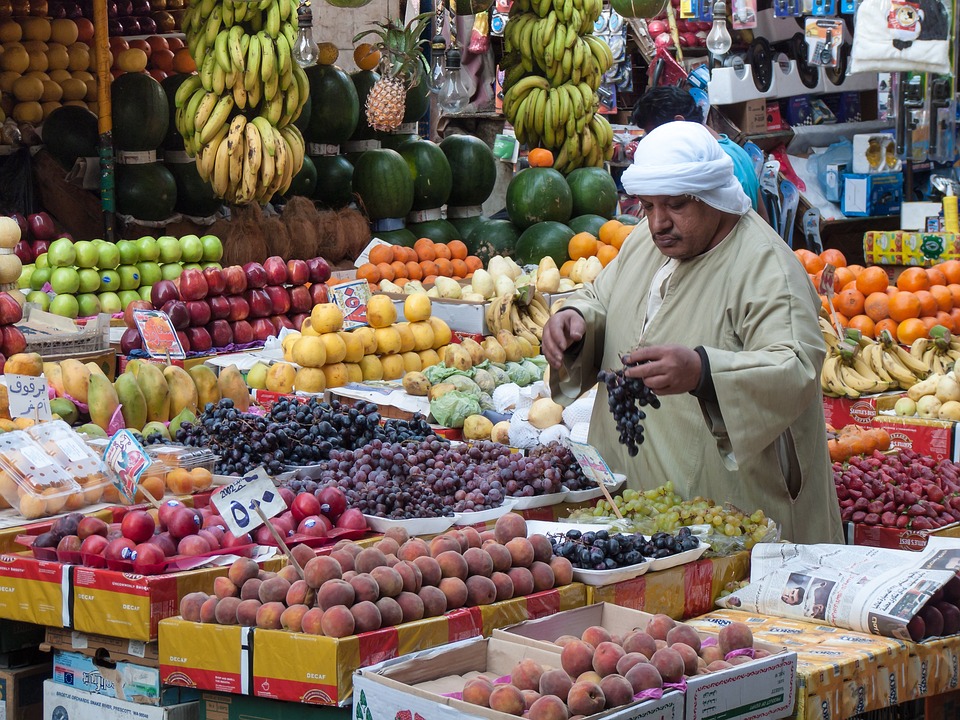 “Tipping is expected, for locals too, and gratuities are given after satisfactory services and I recommend tipping those that handle your luggage, drivers, guides, and at hotels and restaurants.”

What’s the secret to market shopping?

There are set-price stores, but tourists enjoy spending in the markets where bargaining is mandatory — one Egypt expert describes haggling in bazaars as an Olympic sport — so start low, with the vendor starting high, and politely step up until agreeing on a price somewhere in the middle.

Customs I need to know?

World Expeditions CEO Sue Badyari says that with Egypt a predominantly Muslim country there are customs that must be respected so travellers don’t “inadvertently offend their hosts” with men and women advised to wear modest clothing that falls below knees and elbows. 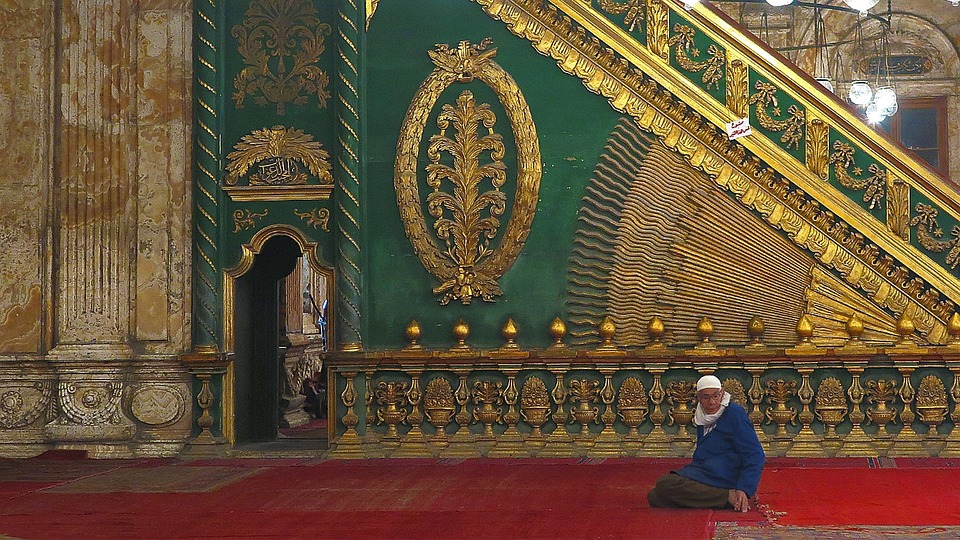 “They don’t need to cover their head on the street, but mosques won’t allow entry without a scarf to cover the head.

“Traditional Muslim women are not permitted to shake hands with men so the widely accepted greeting is to put your hand on your heart with a big smile on your face,” Sue advises.

“Respect for the elderly is important, pointing is a rude gesture so use your hand instead, avoid wearing religious icons such as a crucifix, it’s polite to leave a little food on your plate, and if you’re lucky to be invited into someone’s home remove your shoes before going inside and take a gift of sweet treats.” 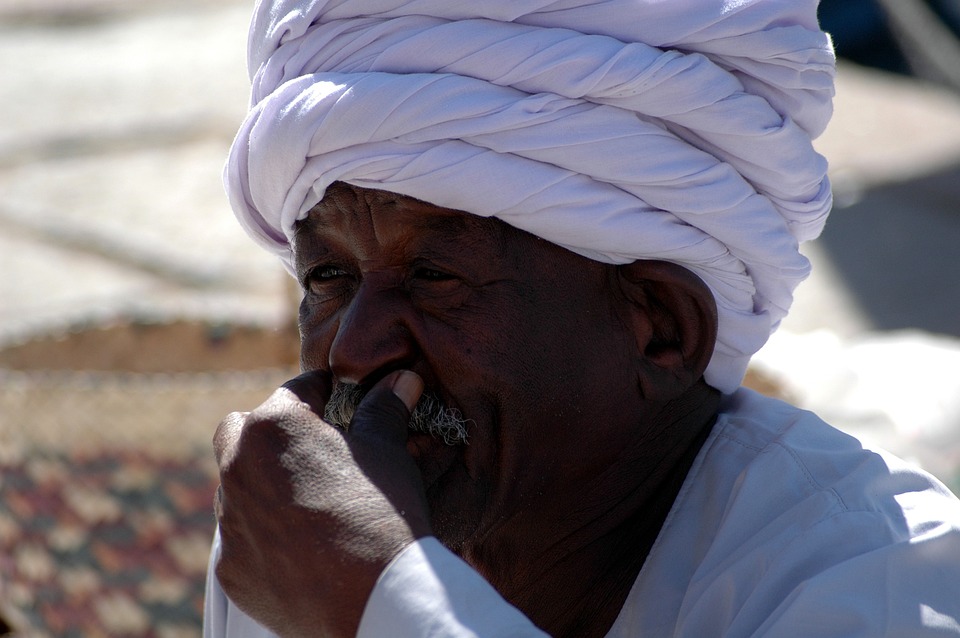 Taste of tradition – eating in Egypt

Koshary is vegetarian and consists of rice, pasta and lentils with spiced tomato sauce, garlic vinegar, chickpeas and fried onions — is the top must-try dish in Egypt.

Falafel is the Egyptian equivalent of the burger and again it’s vegetarian and made from smashed fava beans, unlike the Jordanian or Lebanese versions made from chickpeas.

Hawawshi is a traditional dish, and the Egyptian equivalent of meatloaf, that’s essentially flatbread stuffed with minced meat and spiced with onions and pepper.

Eating pigeons is a delicacy in Egypt. They are bred in special farms, and the ones for eating will be small — and they’re stuffed with rice and boiled until soft then fried in oil.

Om Ali means Ali’s Mother and is one of the most delicious and famous desserts made from pieces of bread blended with milk, cinnamon, cream, coconut and sugar. 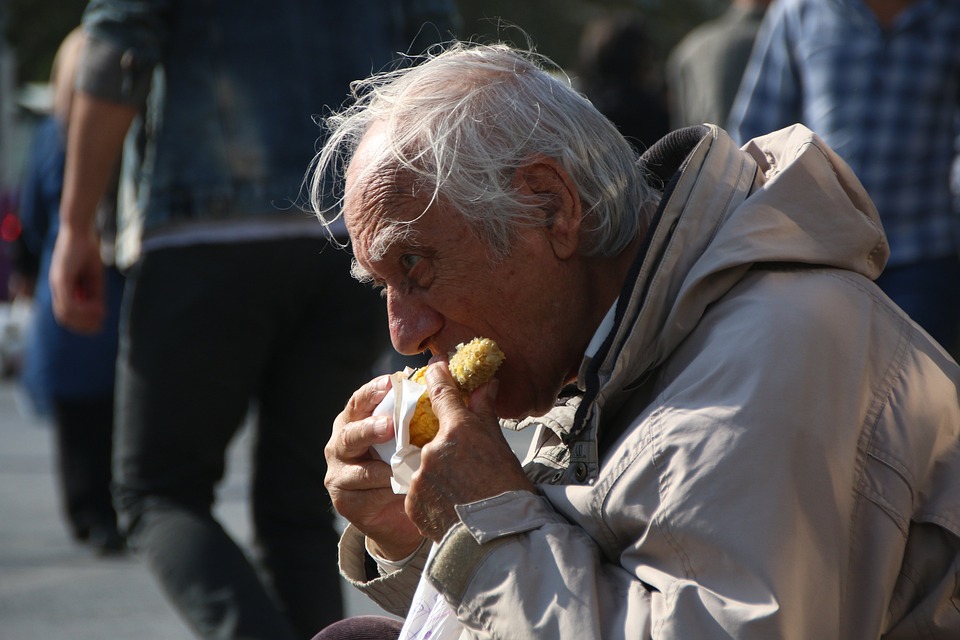