→ There are so many ships heading to Australia during the coming cruise season, but which one is right for you …

The countdown to the 2019-20 Australian cruise season has officially started and there’s a flotilla ready to deploy Down Under during the Southern Hemisphere summer.

Anyone considering a cruise holiday has more options this season than ever before with Joel Krantz, the Australasian managing director of Cruise Lines International Association explaining there’s more diversity on offer than there was even five years ago. “We’re also seeing a greater choice of cruise styles, with contemporary ships increasingly sharing our waters with luxury vessels and expedition-style cruises, meaning it’s a lot easier to find a ship that suits your taste.”

But, with so much choice, which one is right for you?

Those that like to be first with the latest should book on Dream Cruises during the company’s first Australian season, with the line’s newest craft Explorer Dream planning her opening departure from Sydney on October 27 after completing a 21-night voyage repositioning south from Shanghai.

Explorer Dream received an $82 million upgrade earlier this year with the ship that accommodates 1856 passengers in seven stateroom categories embarking on seven-night itineraries to Queensland, Victoria and Tasmania.

Queen Elizabeth will be based in Australia for a record 101 days, sailing our shores between December 2019 and March 2020, making it the longest Down Under deployment for any of Cunard’s fleet of regal queens.

Her diary includes a 14-day voyage to Papua New Guinea — making the line’s maiden calls to the Trobriand and Conflict Islands — while Darwin, the Whitsundays, Albany and Esperance are inaugural stops for the art-deco liner that so elegantly celebrates the golden age of cruising.

Maasdam, the Holland America Line’s lady dedicated to in-depth journeys, will be based in Australia from now until to March 2020 with expeditions lasting between 10 and 30 days in locations around our coast and beyond to New Zealand, the Coral Sea and Melanesia. 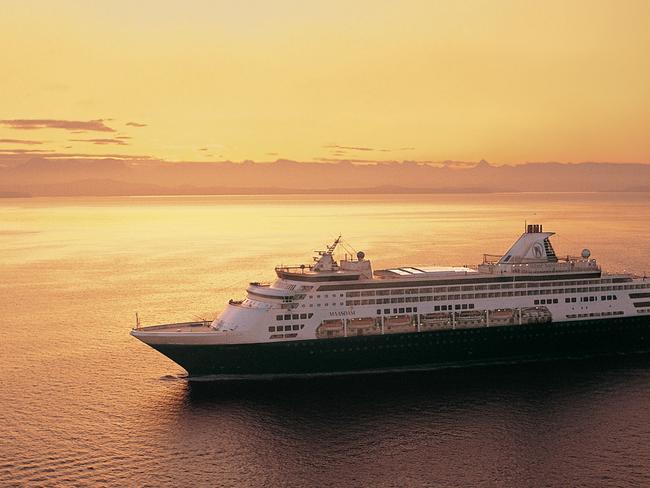 Her schedule includes lesser-visited ports along popular routes with inaugural calls to Moreton Island, Portland, Phillip Island, Airlie Beach, Townsville, and Gladstone, while a circumnavigation of this continent is a season highlight.

Right for onboard dining

There are no set dining times, strict dress code or pre-assigned seating on board Norwegian Jewel with 16 eateries from pub-style food, a steakhouse and teppanyaki to relaxed restaurants serving French, Italian and Brazilian cuisine.

She returns for her fourth season sailing from Sydney on December 1 with those passengers exploring enclaves around New Zealand and the South Pacific enjoying the upgraded amenities added during the vessel’s 2018 bow-to-stern refit.

The expedition-style vessel can reach remote regions out of bounds to larger craft, with tenders described as “open safari boats’’ getting guests into locations lacking port facilities, and after wrapping her rookie Kimberley season in September will navigate the big and small islands to our near north.

Right for all inclusive

Regent Seven Seas Cruises, the luxury brand that includes everything from dining and drinking to Wi-Fi and shore excursions in the upfront cost of a cruise, is sending three ships to Australia with Seven Seas Voyager here during January and Seven Seas Mariner pausing during a round-the-world passage. 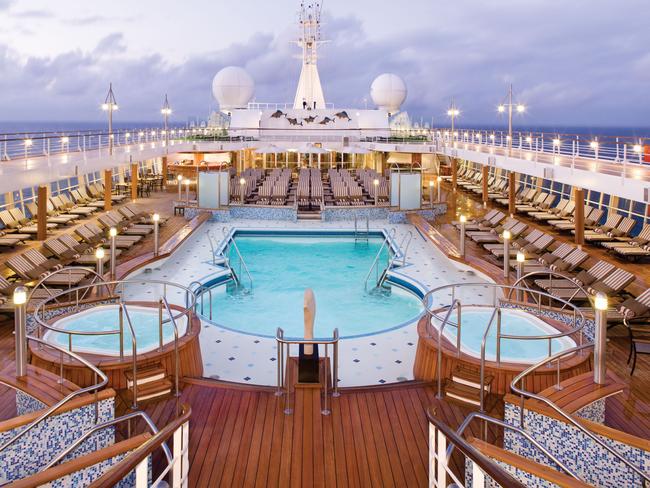 Seven Seas Navigator is fresh from a top-to-tail refurbishment with the all-suite ship carrying 490 guests in 245 salubrious staterooms bound for Bali on January 23 and returning via a different route on February 8 with the combination a circumnavigation of Australia.

Ruby Princess makes her maiden trip to Australia and while she’s based in Sydney from October — doing sojourns to New Zealand and the Pacific as well as Queensland and Tasmania — tech devotees will be boarding from February when the Princess Cruises’ MedallionClass upgrade is complete. Then passengers will get a hi-tech medallion at check-in time with the charm, that can be worn on the wrist or hanged from a chain, helping those aboard stay connected at sea and personalise their holiday experience on Australia’s first “smart ship’’.

Voyager of the Seas heads back to Australia in November — right after a $140 million upgrade that added family-friendly features to her 14 passenger decks — with 19 local sailings to spots around our shores and the South Pacific scheduled before her April departure. 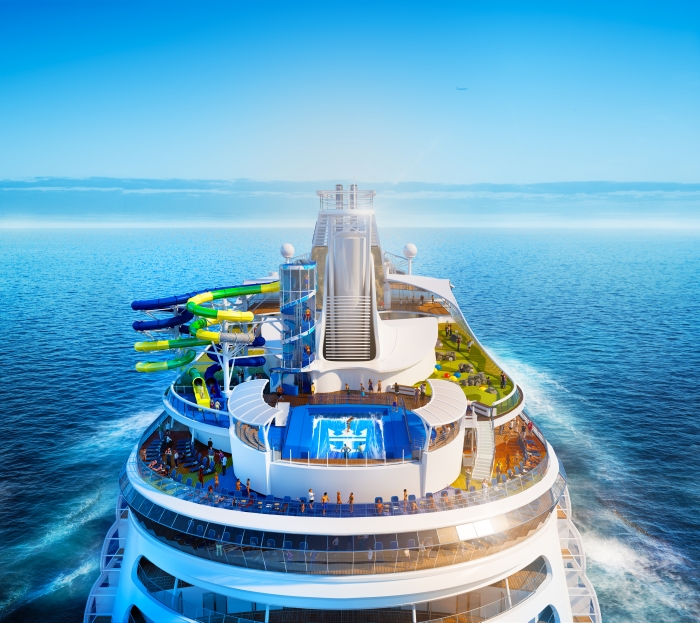 Fun-park features will include Battle for Planet Z laser tag and the Perfect Storm’s waterslides, an upgraded teen hangout zone, and reshaped spaces for children encouraging free play. Vitality Spa and the fitness centre have also been revamped, and there are some new suites.

Travel agents set their sights on ships scheduled to sail here during the 2019/20 Australian cruise season.

“There are so many features appealing to passengers of all ages on Carnival Splendor — including two pools and a sports deck — and she brings a variety of international dining options from Masala Tiger to Fahrenheit 55 and Pizzeria del Capitano to the Seafood Shack.’’
— Kaylee Salzke, Helloworld Revesby “Azamara Journey is a boutique ship providing a level of comfort and calm that differentiates it from larger ships and, with only 694 passengers and many luxuries offered within the cruise fare, it provides a bespoke experience.’’
— Tammi Sirett, CleanCruising

“Cruising on Viking is magical — the decor is Nordic with light spaces to enjoy the ship and vistas — and I recommend Viking Orion to guests who want luxury but with a relaxed dress code and enjoy the concept of no children or casino on board.’’
— Loretta Abernethy, Destination HQ

“I’m excited about Queen Elizabeth returning as it offers a unique experience in the original cruiseliner style, with modern high-quality service, and the increase in Adelaide-based departures is a welcome addition to this season’s schedule.’’
— Briony Bullard, TravelManagers

“Celebrity Solstice is elegant, modern, light-filled, the food is delicious, and an unusual highlight on the top deck is the Lawn Club where you can feel real grass between your toes.’’
— Meg Hill, Cruise Express