THE Qatar army is practising for the National Day parade.

But the soldiers aren’t marching in tight formation, they are using transport that’s considerably better suited to this part of the world.

The unit of cavalry men – sans shoes, and dressed in long white robes with black halos holding headscarves in place – are perched on a train of camels with colourful woven squares serving as saddles and thin lengths of cane in hand to keep the animals walking in a straight line.

We are driving beside Doha’s Corniche, the city’s waterside promenade that’s becoming a popular place for a new generation of the city’s young people to meet in the evening when cool breezes drift from the Persian Gulf, and even our driver turns his head to look at the unit practising for the procession.

“You are lucky, that’s not something we see every day,” the Egyptian driver says.

“But that is Qatar, the history of men riding camels with all the newest buildings in the background.”

As I peer past the band of troopers in traditional garb to the morning sun bouncing off the glass facades of the modern engineering marvels in downtown Doha, I realise the driver has just defined Qatar – a city that’s blending old and new to cherish tradition while embracing modernity to become a Middle East Goliath. 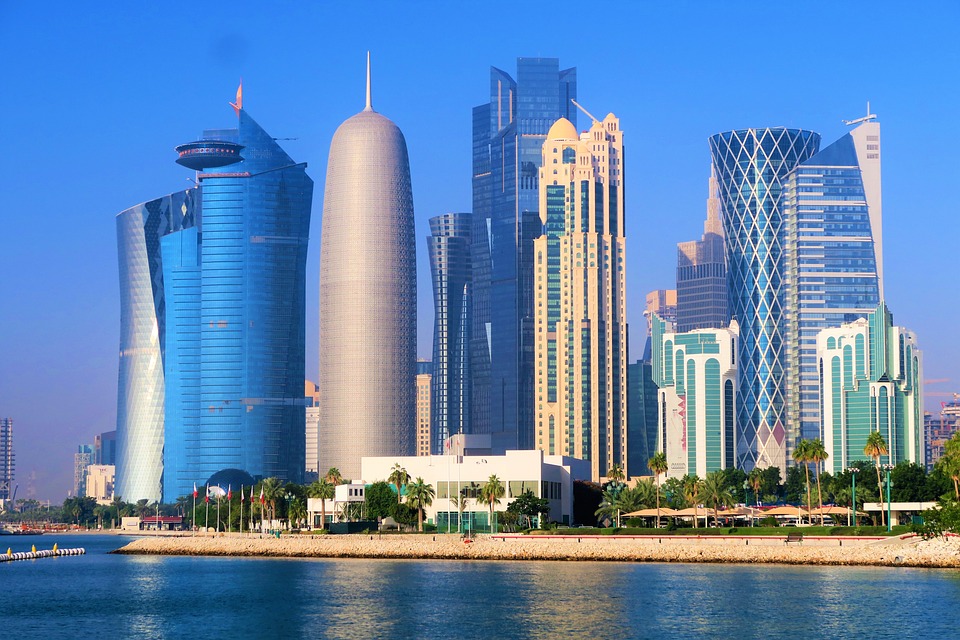 Our first stop is the Museum of Islamic Art, an architectural gem beside the Corniche halfway between the luxury hotels to the north of the city and the new international airport to the south, which is another Doha icon effortlessly blending yesterday and tomorrow.

The stone structure was designed by Chinese-American architect I.M. Pei, a genius now considered to be the master of modern architecture, to display treasures created between the seventh and 19th century by ancient civilisations occupying three continents.

I.M. Pei – famous for designing dozens of notable structures including the Louvre’s glass pyramid, Hong Kong’s Bank of China tower, and the JFK Library in Boston – spent months exploring Tunisia and Egypt to understand the intricacies of Muslim architecture and history before putting pen to paper on the Doha project.

The result is a handsome building that sits on its own island 59m from the recently remodelled Corniche, with vast square blocks ascending to a central tower to remind people of the Tunisian fortresses it was modelled after.

Inside there’s a central foyer, set far below a skylight in the middle of a sculptured dome, with the exhibition spaces positioned around the lobby like the living areas of Middle Eastern homes are arranged around a private courtyard for ventilation.

The museum’s collection includes metalwork, ceramics, jewellery, woodwork, fabric, glass and manuscripts collected since the late 1980s with the precious items presented in dim rooms flanking the landings above the internal courtyard.

I walk around the open space, assigning every detail of Pei’s thoughtful design to memory, then climb the stairs to the second floor and push one of the heavy glass doors to disappear into the darkness of the first gallery.

I immediately forget about the present and am transported back to ancient times with the glass cabinets filled with beautifully-faded textiles featuring the most intricate patterns and tiny pieces of metal once exchanged as currency.

Each chamber is serene and delightfully cool, solace from the heat and hustle outside, with lighting that’s so subtle I only see the pieces in the far corners when I’m standing beside the cabinets.

I expect to race through the museum and quickly make my way to Souk Waqif, where I plan to indulge in some Middle Eastern cuisine and immerse myself in the alluring scent drifting from myriad stalls selling fragrant spices, but I slow down and delight in seeing shadowy spaces where treasures emerge from the darkness as I roam.

The rooms on the second level are arranged by theme – science in art, patterns, the figure in art, calligraphy – but on the third floor the space is organised by destination with early Islamic art from the seventh to 12th century at the start of the journey and pieces from 16th, 17th and 18th century Turkey and India at the end.

Back outside I find a place to stand in the shade and gaze at Pei’s creation before finding my driver for the hop to the next item on my list of things to do during my 24-hour stopover in Doha.

To my left Dhow Harbour is filled with traditional fishing boats, to my right the newest aircraft from Boeing and Airbus leave the ground at the nearby airport for destinations around the globe, and in front of me is a contemporary structure designed to honour ancient style and present antiquities from the Muslim world. 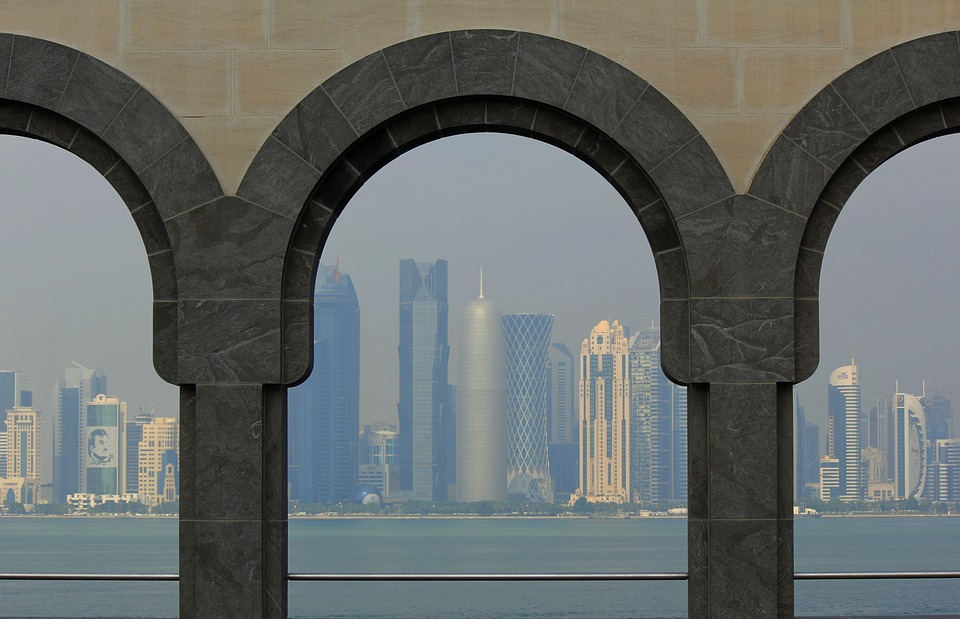 Doha is the capital of Qatar, a city that’s home to about one million people or 80 per cent of the Middle East nation’s population, with the settlement located on the southern shores of the Persian Gulf not far from Abu Dhabi and Dubai.

Qatar Airways has daily flights from Melbourne and Perth to more than 120 destinations around the world, including 31 locations in Europe, and it’s easy to organise a stopover in Doha.

The luxurious Grand Hyatt Doha, which has a selection of guest rooms and suites as well as three outdoor swimming pools and a private beach, is located at West Bay Lagoon.

The Museum of Islamic Art is open Wednesday to Monday. Admission is free with guided tours in English at 2pm on Thursday and Saturday.